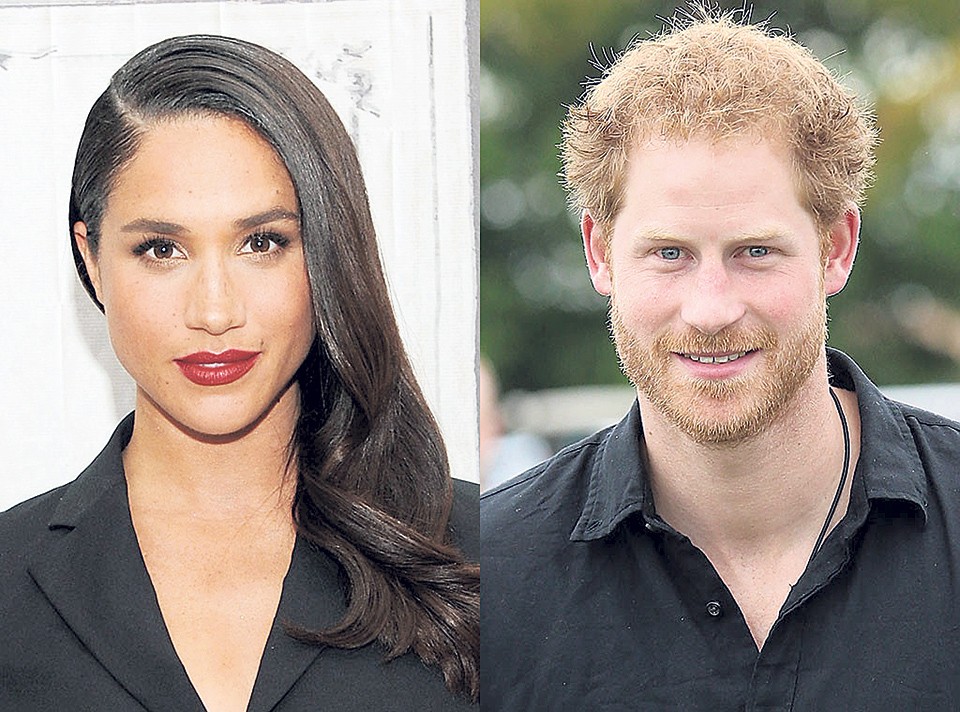 LONDON, Sept 7: US actress Meghan Markle, the girlfriend of Britain’s Prince Harry, has said they are in love and happy together, in her first frank comments about their relationship since they became a couple last year.

In an interview with Vanity Fair magazine published on Tuesday, Markle said she began dating Harry, fifth in line to the British throne, in July last year after she met him through friends.

“We’re a couple,” Markle told the US magazine. “We’re in love. I‘m sure there will be a time when we will have to come forward and present ourselves and have stories to tell, but I hope what people will understand is that this is our time.

This is for us. It’s part of what makes it so special, that it’s just ours. But we’re happy. Personally, I love a great love story.”  The relationship between Harry, 32, the younger son of heir-to-the-throne Prince Charles and his first wife Princess Diana, became public knowledge last November when the prince issued a rare warning to the media to leave his 36-year-old girlfriend and her family in peace, reflecting his own battles with the press.  He was once pictured scuffling with paparazzi outside a London nightclub and in 2012 was photographed partying naked and playing billiards in a private room in Las Vegas.

Asked how she coped with media intrusion, Markle, a divorcee best known for her role in the US TV legal drama ‘Suits’, said, “I can tell you at the end of the day I think it’s really simple. We’re two people who are really happy and in love.”

She added, ”We were very quietly dating for about six months before it became news and I was working during that whole time and the only thing that changed was people’s perception.
“Nothing about me changed. I’m still the same person that I am, and I’ve never defined myself by my relationship.”

The British royals, and particularly their often tangled love lives, provide worldwide fascination and on Tuesday, a French court was ordered to pay damages to Harry’s elder brother William and his wife Kate for breaching her privacy by publishing topless photos of her.

As in, the year in which Prince Harry—heretofore one of the most eligible bachelors in the world—officially removes himself from... Read More...