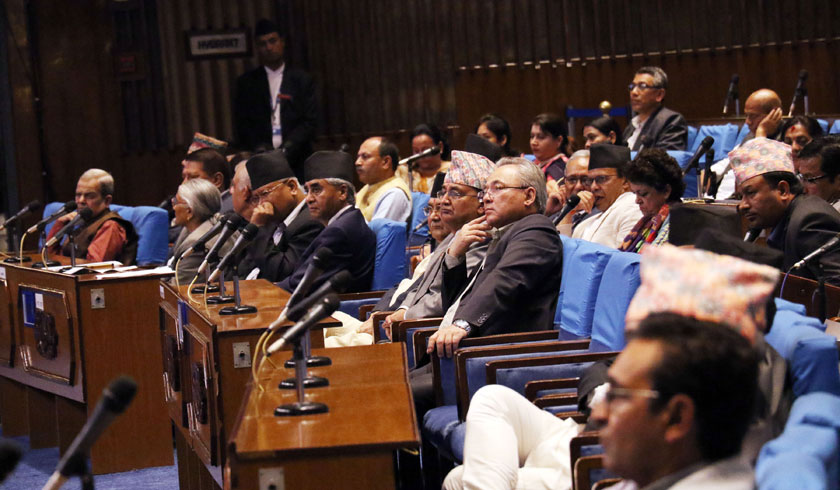 Addressing a parliament meeting in New Baneshwar on Wednesday, Singh said that the Prime Minister should step down on moral ground arguing that the government violated the Constitutional provisions.

“Our Constitution has a provision that allows a Nepali citizen holding passports to go abroad without any hassles, but a Nepali youth (Lenin Bista) was restricted at the airport from going abroad saying that he had not taken permission from the government. This is a blatant violation of the Constitution,” said Singh producing a passport from his pocket. “Prime Minister should step down.”

Anyone who violates the Constitution has no right to stay in the government, he claimed.

Meanwhile, he came down heavily on the government saying that it is merely paying lip service to the prosperity and good governance. "In reality, there is nothing as such," he added.

Singh demanded an independent probe into the death of a person in custody after arrest for greeting the minister with a black flag in Bardiya.

Similarly, Rastriya Janata Party lawmaker Laxman Lal Karna also called for the formation of a parliamentary investigation committee to look into this case. He further said that Home Minister should answer about it in the parliament.