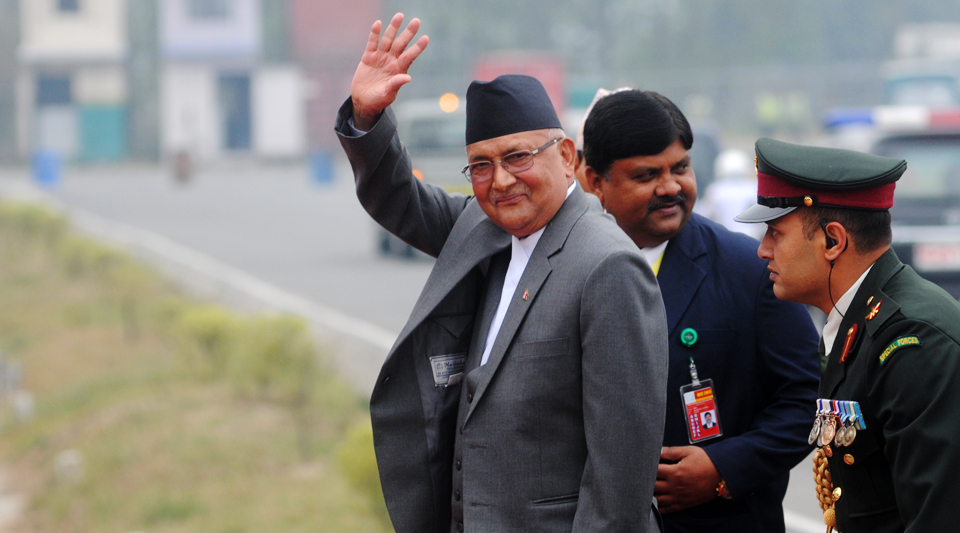 KATHMANDU, May 25: If things go as planned, Prime Minister KP Sharma Oli will visit Switzerland, United Kingdom, and France from June 9 to 15, government officials familiar with the development said on Saturday.

This is going to be Oli’s second visit to the Europe since he came to power in February 2018. In January this year, Oli visited Davos, Switzerland to attend the annual meeting of the World Economic Forum. Leading a high-powered Nepali delegation, the prime minister will leave home for Geneva, Switzerland on June 9.

“We are making necessary preparations for the prime minister’s visit to Europe. However, the visit has yet to be endorsed by the Cabinet,” a senior official at the Ministry of Foreign Affairs told Republica Online.

PM's Press Advisor Kundan Aryal said that Oli is leaving for Geneva on June 9. "The preparation for the visit is underway," he said without divulging into details.

In Geneva, Prime Minister Oli will address an event to mark the centenary celebrations of the International Labor Organization.

During his stay in Geneva, Oli will hold talks with Swiss Interior Minister Alain Berset, who is also the former president of the country. Apart from official events, Oli will meet the Geneva-based Nepali community.

Concluding his Switzerland visit, Oli will leave for the United Kingdom where he is scheduled to deliver a lecture at the Oxford University. It is still not clear whether Oli will have meetings with some officials in the UK, officials said.

Then Oli will leave for France on June 13. It is learned that the prime minister will witness the signing ceremony of two French-supported projects to Nepal.

Oli’s visit to France will take place at a time when the two countries are observing the anniversary of 70 years of diplomatic relations this year with various programs including the exchange of high-level visits.