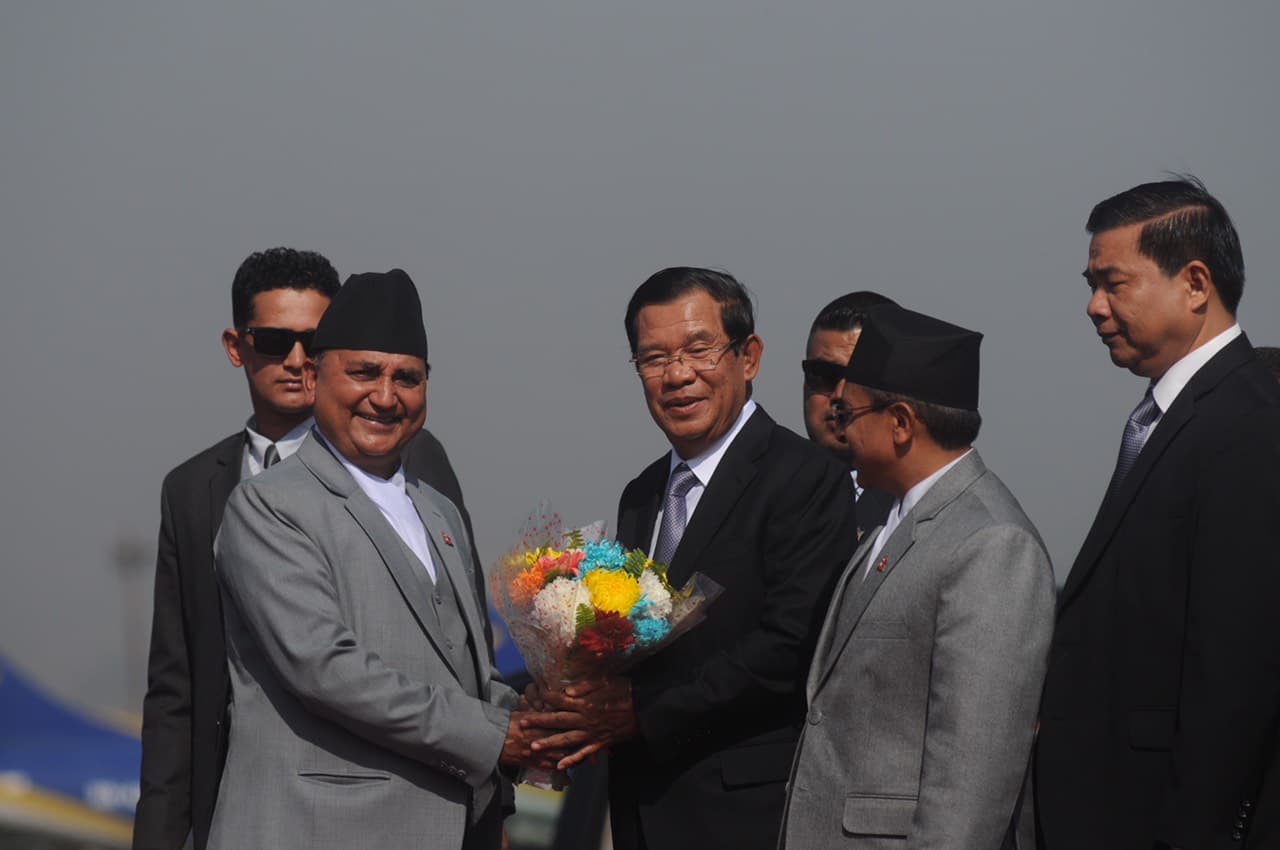 It is learnt that the two prime ministers dwelled on the issues of existing bilateral relations and various ways to further expand bilateral ties. This the first official visit of the Cambodian prime minister to Nepal.

Earlier today, the two prime ministers also held delegation-level talks. During the talks, a wide range of issues pertaining to Nepal-Cambodia relations were discussed, according to a press release issued by the Ministry of Foreign Affairs. "The two prime ministers expressed happiness on friendly relations existing between the two countries," the press release added.

According to the Ministry of Foreign Affairs, the two sides reached following agreements: