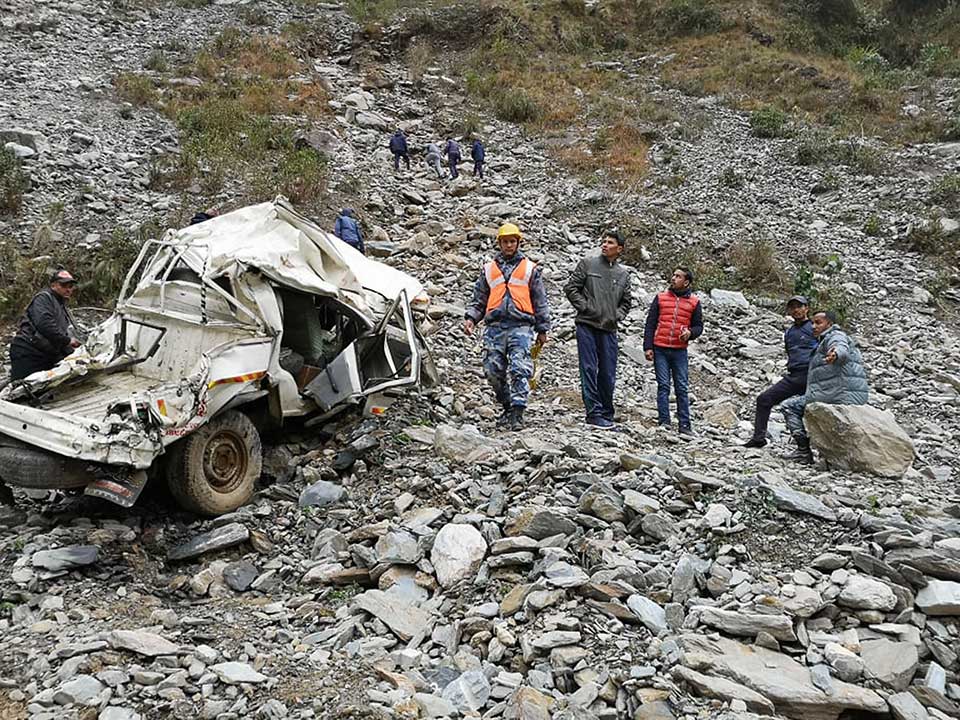 KATHMANDU, March 2: Prime Minister KP Sharma Oli has expressed sorrow over the demise of 11 people in a jeep accident in Darchula district on Friday.

Oli tweeted on Saturday to pay tributes to seven women, three men and one girl child killed in the jeep crash. "I wish speedy recovery for the driver who was seriously injured in the incident," Prime Minister Oli said in his tweet.

Oli has also expressed heartfelt condolence to the relatives and families of those killed in the incident.

Altogether 11 people including a girl child lost their lives when the jeep met with an accident in Duhu Rural Municipality in Darchula on Friday evening.

The accident took place when the ill-fated jeep, Ma 1 Ja 280, heading to Hikila from Darchula plunged some 300 meters down into the Mahakali River at 8 pm yesterday. Driver Dipak Dhami, who was rescued from the crash site, was immediately taken to India for further treatment.

Bus accident in Darchula, one dies

You got to be serious

How did the Prime Minister who at one time appeared like a deliverer transform into the subject of hate? Why... Read More...