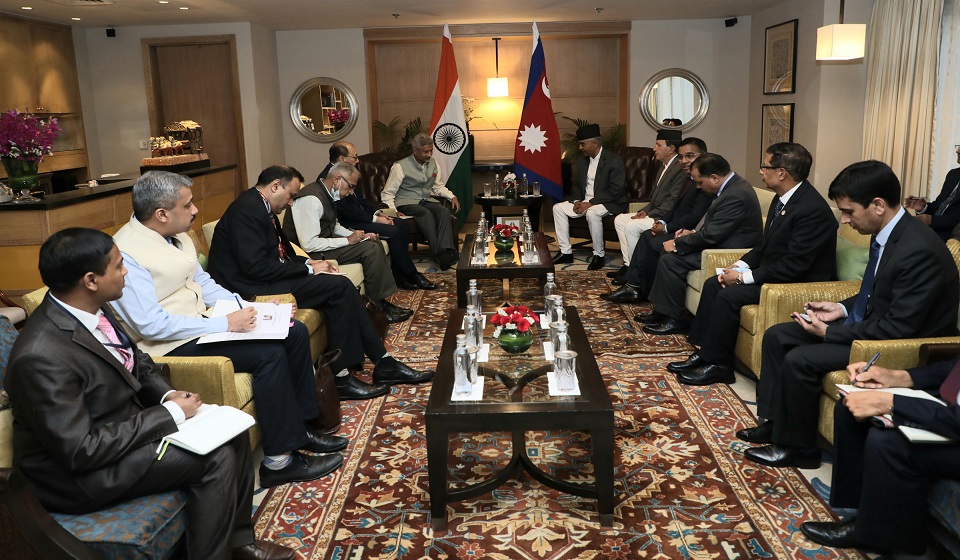 Similarly, PM Deuba is scheduled to hold talks with his Indian counterpart Narendra Modi on Saturday. However, some people have criticized Deuba for not meeting the leaders of the opposition during his visit to India but for visiting the headquarters of the ruling BJP. The critics have accused Deuba of showing too much devotion to the Indian establishment.

According to the critics, it is not diplomatic to give importance to a particular party when the head of government visits a neighboring country. They say that relations with neighboring countries should be strengthened not only politically but also diplomatically.

Likewise, before leaving for India, Prime Minister Deuba had no discussions with the country's main opposition parties and former prime ministers as well. It is common practice for the head of government to discuss with the former prime ministers, major opposition parties and experts about what agenda to discuss or what kind of agreements to be reached during his official visit abroad. However, Deuba did not hold any such discussion this time and the leaders of the main opposition CPN-UML have also criticized Deuba's behavior.

Meanwhile, on the second day of his visit to India, Prime Minister Deuba is scheduled to hold a delegation-level meeting with his counterpart Narendra Modi at Hyderabad House. The delegation level talks will be held between Deuba and Modi at 11:10AM. After that, various agreements will be signed and exchanged in the presence of both the Prime Ministers. Deuba is scheduled to pay a courtesy call on Indian Vice President M. Venkaiah Naidu at 4:30PM