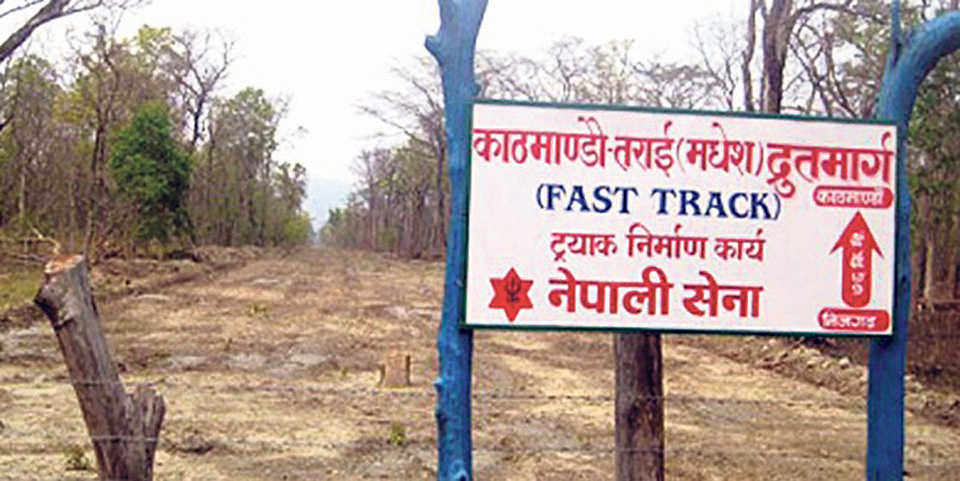 KATHMANDU, Sept 5: The price of the Detailed Project Report for the Kathmandu-Tarai Expressway was Rs 600 million (Indian Rs 380 million) in January this year, but  the DPR price is now Rs 1 billion,  an increment of 66 percent.

The DPR for the mega project was prepared by an Indian consortium, which demanded IRs 380 million for it after the government declined to award it the project. The government in 2016 announced it was to build the national pride project on its own. After the construction of the expressway, it will take just one hour to reach the tarai from Kathmandu.

The Indian consortium led by IL&FS had prepared the DPR in 2015 and in January claimed Rs 600 million as the price from the Ministry of Physical Infrastructure and Transport .

In May this year, the previous government decided to award the 76-km project, which is estimated to cost over Rs 100 billion, to the Nepal Army.

A government study team in February  suggested purchasing the DPR to save time, while also pointing out that  the DPR is not perfect  and the price should be negotiated. Study team leader and erstwhile vice-chairman of the National Planning Commission, Min Bahadur Shrestha, had suggested negotiating down the price. “We had suggested negotiating the DPR price as it is of no use to the Indian consortium and nobody else would buy it,” Shrestha added. Paying additional amount for interest might be rational but paying more than that could not be justified, added Shrestha.

“The DPR needs to be updated and refined before using it,” he added. Republica’s repeated phone calls to army spokesperson Brig. Jhankar Bahadur Kadayat went unanswered.

Govt drafting special bill to suspend procurement laws
Nepal Law Commission is drafting a special bill for fast-tracking the Kathmandu-Tarai Expressway Project. The bill aims to make special provisions for  procurements related to the Rs  110 billion project, environmental impact assessments and land acquisition, officials involved in the drafting  said. The Ministry of Defense has asked the commission to give final touches to the draft, which  sources said was prepared by the army itself. The law is meant for avoiding all the public procurement processes.

Indira Dahal, spokesperson of the commission, argued that the special law may both include existing laws and make special arrangements on particular issues and cases. The new law is being prepared in an attempt to suspend the Public Procurement Act and regulations. But experts suspect that it will lead to non-transparent procurements and misuse of public money. A core group discussion  on the draft law was held at the Ministry of Defense recently. Former secretary at the Ministry of Physical Infrastructure and Transport Tulsi Sitaula, Joint secretary of the Ministry of Irrigation Madhav Belbase and a few others participated.

KATHMANDU, Jan 17: The Nepal Army (NA) has decided not to purchase the Detailed Project Report (DPR) for the Kathmandu-Terai/Madhes Expressway... Read More...

NA to prepare new DPR of fast track on its own