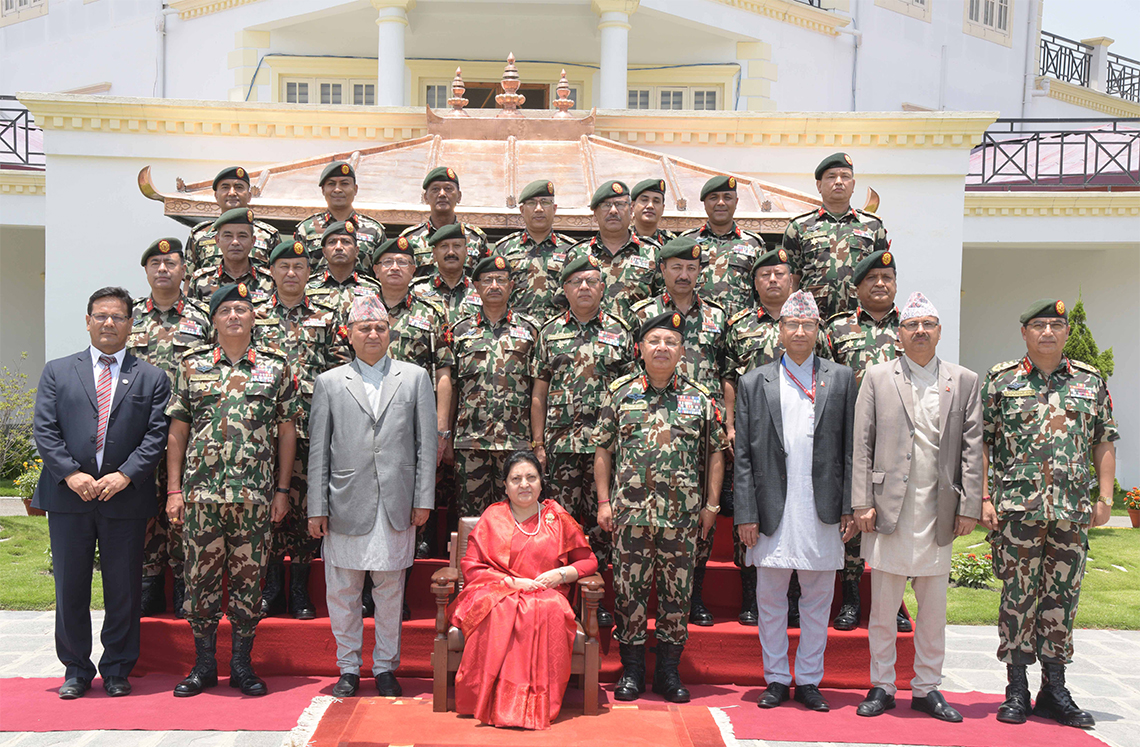 At an event organized at Army Headquarters, President Bhandari was briefed on the various aspects of Nepali Army (NA) including current activities, organization structure of Nepali Army, welfare activities and operational preparedness among others by the heads of concerned departments.

In press statement released by the NA on Thursday, it has been mentioned that in her response, President Bhandari praised the NA for its contribution for the nation. She directed the organization to fulfill the duties and responsibilities with high spirit and motivation.

At the beginning of the program, COAS General Chhetri delivered the welcome speech. Likewise, officiating Prime Minister and Defence Minister Ishwar Pokhrel also expressed his views during the program.

Present on the occasion were Officials of the Office of the President of Nepal & Ministry of Defence and General Officers of Nepali Army.

Prez Bhandari files her nomination for another tenure

Fertilizers will be provided to farmers: MP Dong
14 hours ago
Legal practitioners stage sit-in at the main gate of SC to bar suspended CJ Rana from resuming office
15 hours ago