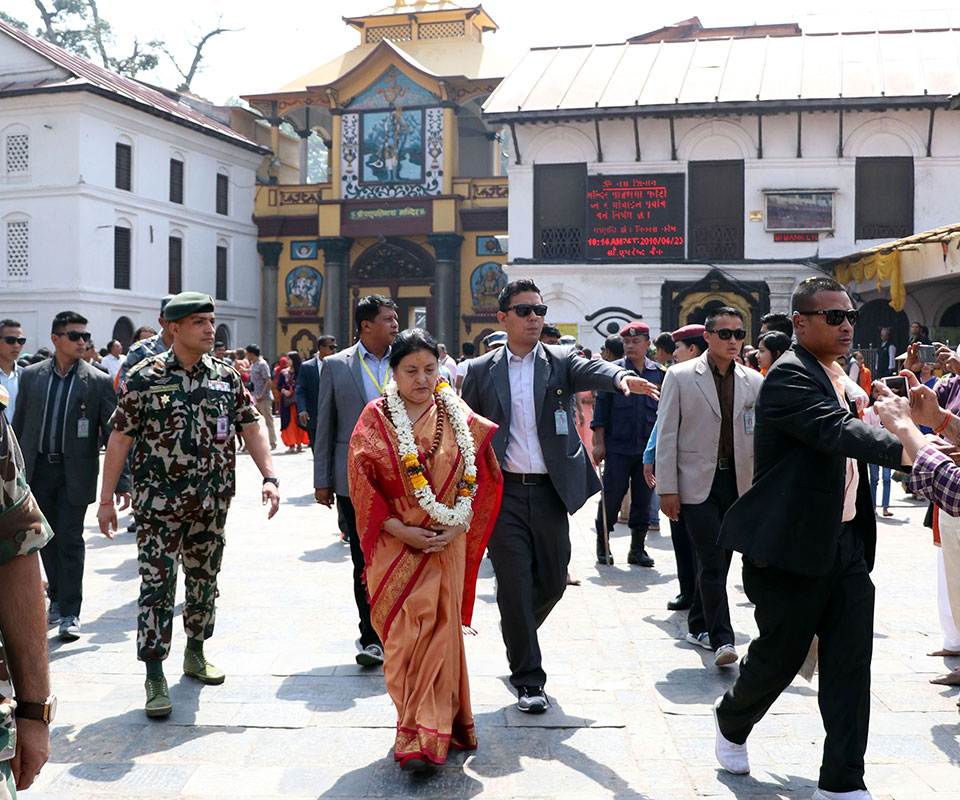 KATHMANDU, April 23: President Bidya Devi Bhandari has performed special worship along with the panchamrit snan rituals at Pashupatinath and Basuki temples today, after her election to the high post for the second time.

The President had a receipt made by paying Rs 5,100 as the special worship fee at Pashupatinath temple on a Monday. Monday is considered the day of lord Shiva, the Pashupati Area Development Trust (PADT) stated.

She circumambulated the main temple as per the Pashupati Darshan procedure and had the Acting Mul Bhatta (the acting chief priest) Ramkaranta Bhatta, perform the special worship.

'Panchamrit Snan' is a unique ritual performed by Hindus. Food items are offered to Gods in the ritual. In Panchamrit Snan, a mixture of milk, yoghurt, honey, ghee and sugar are poured on the statue of gods.

PADT executive director Ramesh Kumar Upreti said that after offering the worship at the temple the President visited the PADT office and took stock of the project of national pride run at the Pashupati area, the post-quake reconstruction and related activities.

In conversation with the PADT officials on the occasion President Bhandari urged them to make the Pashupati area well-systematised and to plant plants with religious significance in the vacant spaces in the area, describing the Pashupati area as the centre of faith of the followers of the Vedic Sanatana faith.

On the occasion, member-secretary of PADT Dr. Pradip Dhakal briefed the President about the works being carried out in the Pashupati area.

The President had performed a special worship at Pashupatinath and Basuki temple after she was elected the President for the first time also. At that time she had announced that she would offer her salary of the first month to the Pashupatinath. RSS 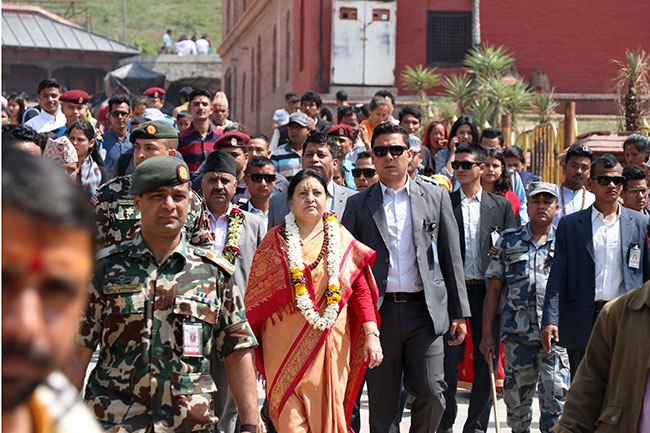 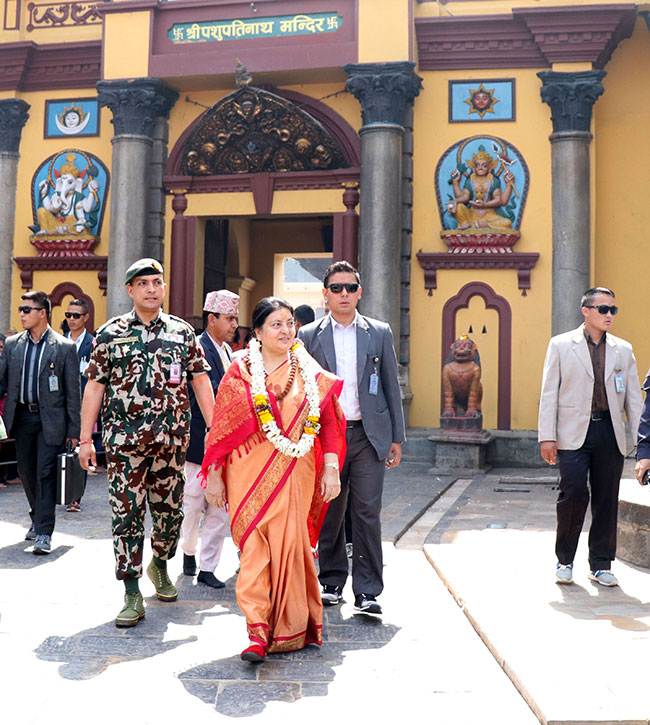 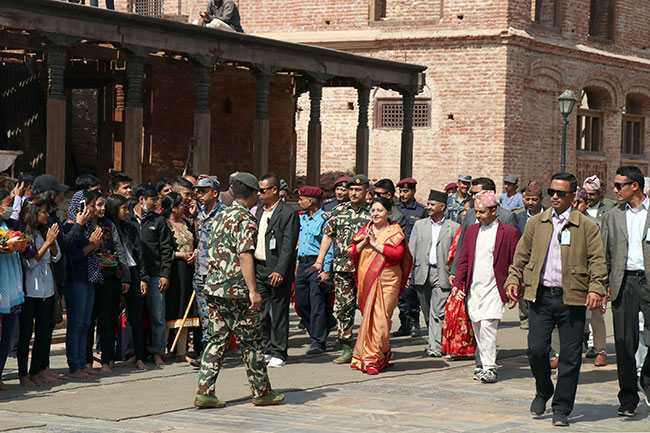 KATHMANDU,   Nov 3: Indian President Pranab Mukherjee, who is on a three-day state visit to Nepal, has performed a special... Read More...