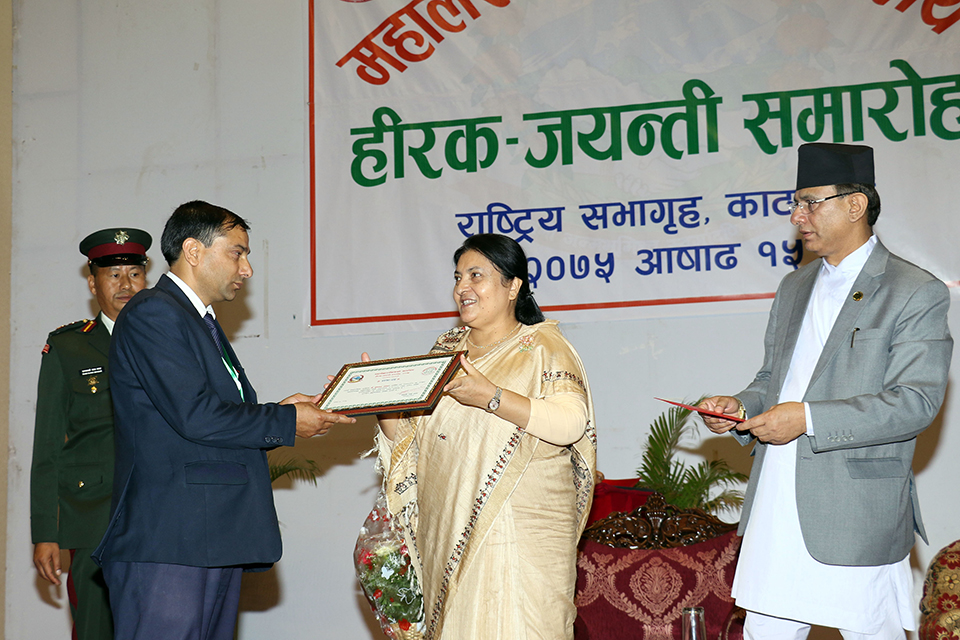 KATHMANDU, June 29: President Bidya Devi Bhandari has urged the government to implement the suggestions of the report of Auditor General.

Inaugurating a special program organized on the occasion of diamond jubilee celebration of the Office of the Auditor General, President Bhandari reminded that the attention was increased whether the report of Auditor General was implemented effectively.

She said, "People want to be sure that the tax paid by them is not misused. The Office of Auditor General should be stronger and capable to fulfill people's aspiration."

President Bhandari said that the suggestions given by the annual report of the Office of Auditor General—budget and expenditure management, public procurement management, revenue administration reform, protection of public property and public dissemination service should be brought into practice.

Implementation of the suggestions would help maintain fiscal discipline, good governance, and transparency as well as corruption control, according to her.

Meanwhile, an international conference on the role of offices of the auditor in controlling corruption is going to be held in Kathmandu from July 2.

A total of 33 officials from the office of the audit from 13 countries including Nepal would participate in the conference. RSS