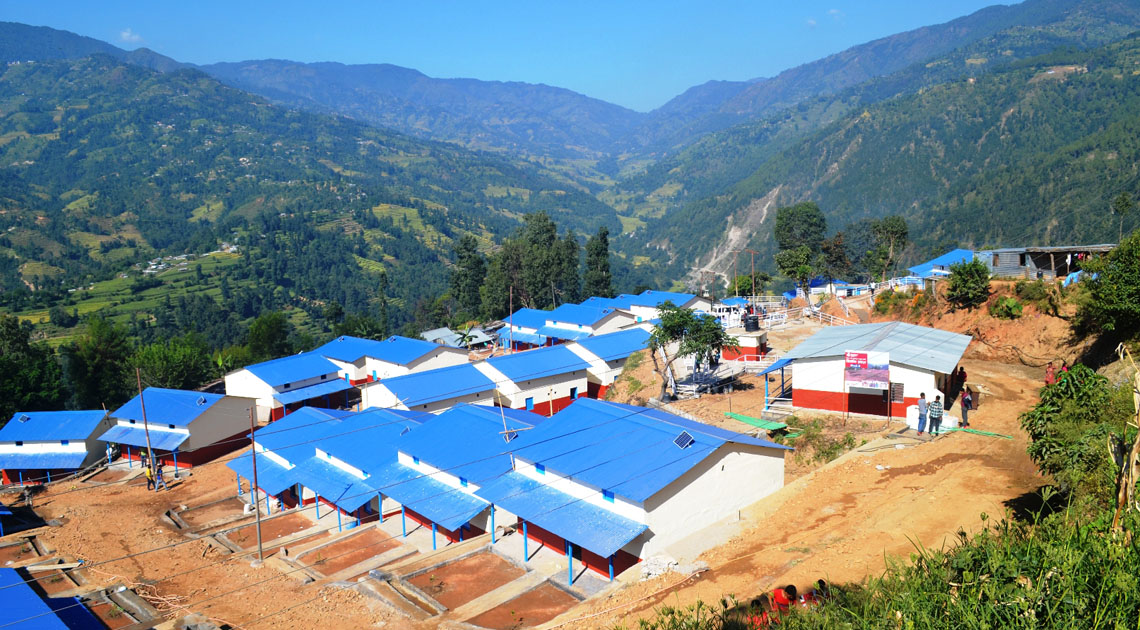 SINDHUPALCHOWK, Oct 28: President Bidhya Devi Bhandari has handed the integrated model settlement constructed by the Dhurmus-Suntali Foundation at Giranchaur of Melamchi Municipality-8 of Sindhupalchowk over  to the earthquake survivors on Friday.

President Bhandari reached Giranchaur in a helicopter at 10 am today to hand over the model settlement comprising 67 houses including one community building constructed at  the initiation of films artists  Sitaram Kattel aka Dhurmus and Kunjana Ghimire (Suntali).

Similarly, the parents of Kunjana handed over Block ‘C’ which has 15 houses, a playground, a children park, two public taps and a public meeting place to the quake victims.

Organizing a special ceremony, the Foundation said that the integrated model settlement has been constructed at the cost of Rs 51,385,187.

With the handover of the integrated model settlement, the signs of delight could be seen across the faces of quake victims. They are celebrating Tihar in their own houses.

SINDHUPALCHOWK, Oct 28: Giranchaur of Sindhupalchowk district was completely turned into a pile of rubbles when the catastrophic earthquake struck the... Read More...