Uranium mine confirmed in Upper Mustang 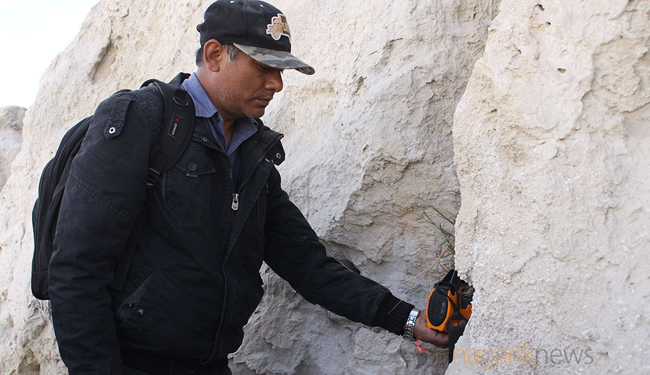 LO MANTHANG, July 3: The Department of Mines and Geology has confirmed the presence of Uranium mine in Upper Mustang. A team led by Minister for Industry Som Prasad Pandey that includes geologists has collected evidences regarding the Uranium mine.

Experts detected radiation while inspecting the soil using instruments. According to them the Uranium mine is located 2 kms north of Lo Manthang and 10 kms south from Nepal-China border.

Preparation was underway for a detailed study assuming that there could be mines also in other parts of Upper Mustang.

“We will move forward in the way to gain profit from this mine at the soonest,” Minister Pandey said during the field study, “Government is committed to extract the Uranium being abide by International standards, conventions and laws after taking suggestions from experts”

“There is no doubt about the presence of the Uranium mine, it has been confirmed after our repeated tests," geologist Dharmaraj Khadka said,” Now, we need to find out the quality and amount of the Uranium”.

According to Khadka, there is a need of a study to find out Uranium mines in additional potential areas.

Deputy Chief at Department of Mines, Rajendra Khanal said, “There is need of amending some laws and rules before extracting, processing and using the Uranium.”

He added, “There shouldn’t be any delay to find out the amount and standard of the Uranium.” 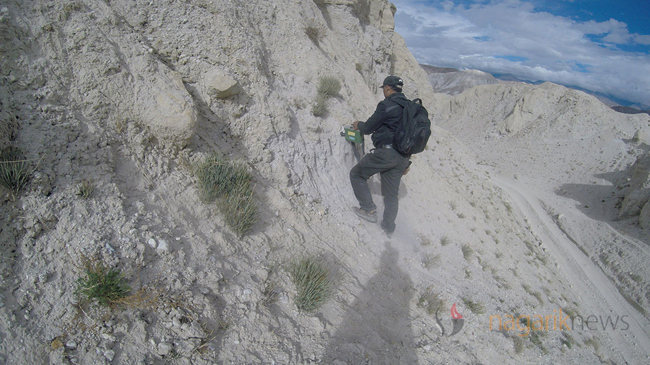 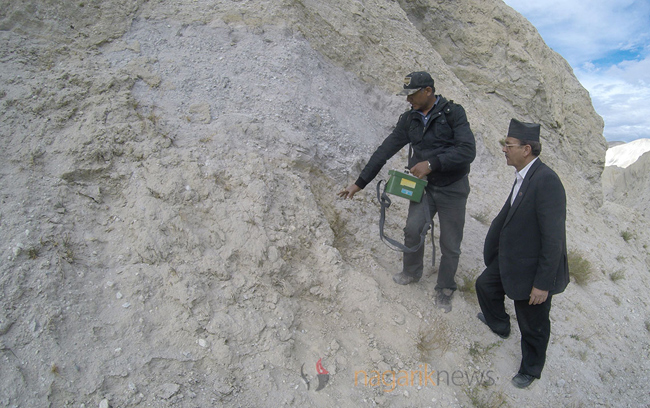 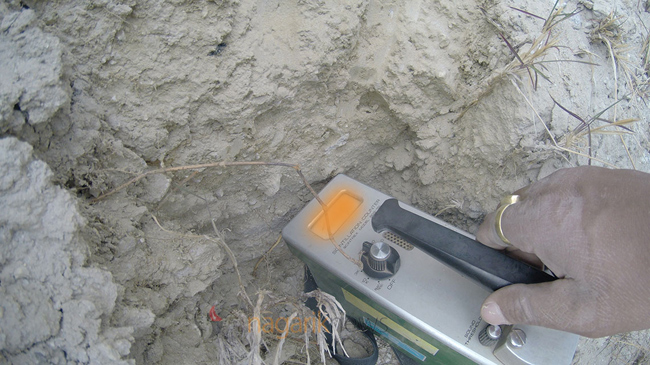 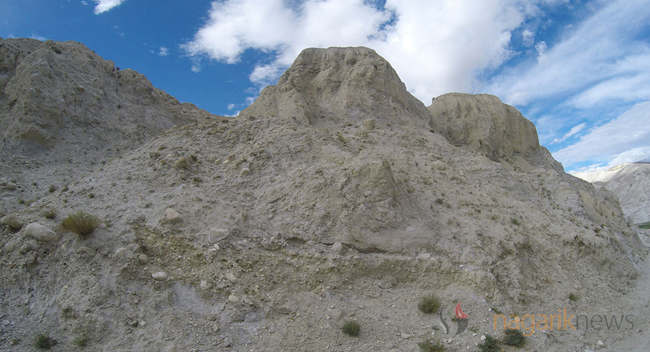 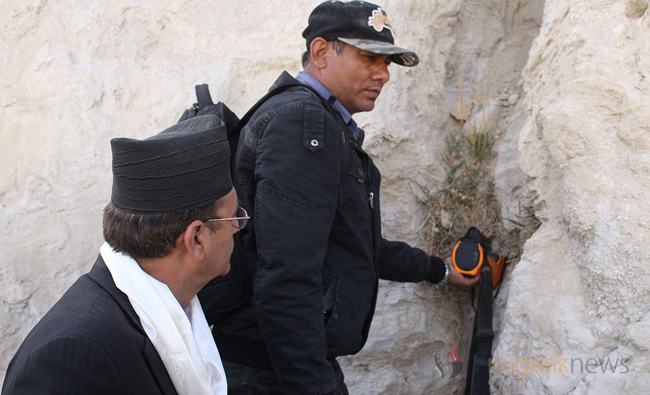 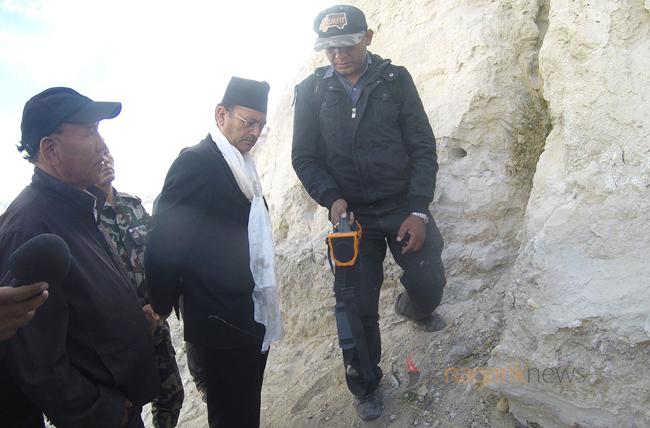 Salt mine in Upper Mustang in limbo

MUSTANG, July 17: Due to the sheer negligence of the government, salt mine located in Upper Mustang has remained close... Read More...

Govt team arrives in Mustang for mine research

Mustang, June 28: A government team arrived in Mustang on Monday to carry out a study on possible fuel and... Read More...