Preparation to up licensing fee draws flak from recruiting firms 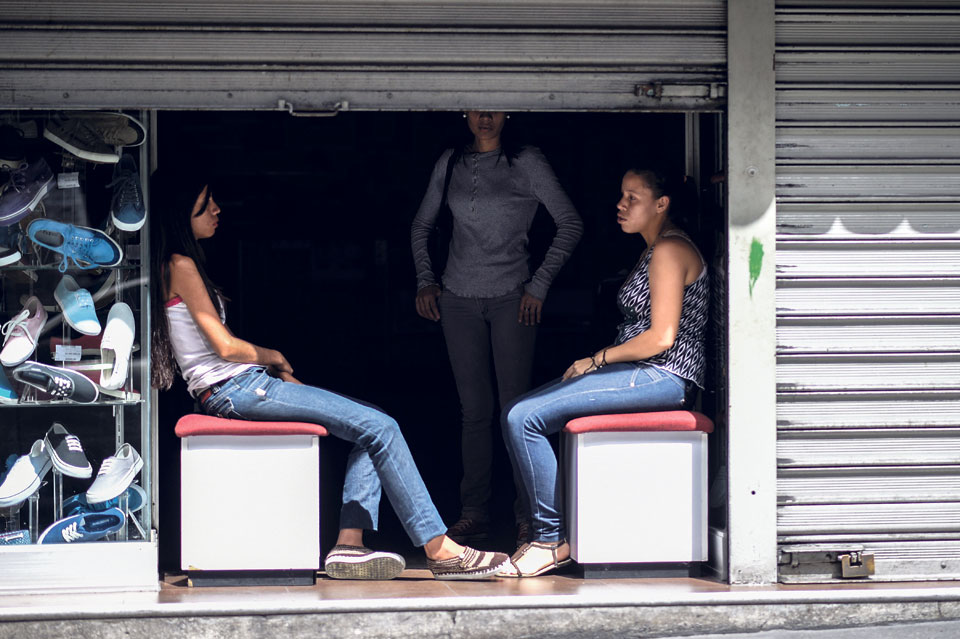 Employees of a shoe store are pictured during a power cut in Caracas, Venezuela, on Tuesday. A power failure cut electricity to 80 percent of the Venezuelan capital Caracas Tuesday, provoking transport and communications chaos, authorities said. | Photo: Juan Barreto/Afp/Rss

The Ministry of Labor, and Employment and Social Protection (MoLESP) has finalized the bill and is preparing to table it in the cabinet for approval. Among others, the bill proposes to increase the guarantee amount for any firm carrying out foreign employment business to Rs 6 million from the existing Rs 3 million, according to a source at the ministry.

The Department of Foreign Employment so far has been collecting a sum of Rs 3 million in cash or Rs 700,000 in cash and a bank guarantee of the remaining Rs 2.3 million as a deposit.

Once the bill is approved from the cabinet, the government will register it in the federal parliament for deliberation among lawmakers. It will become Act and come into implementation once it is passed by the parliament.

“We oppose the government's preparation to increase the guarantee amount while keeping unchanged the service charge that the foreign employment firms are allowed to charge,” Naresh Gelal, general secretary of Nepal Association of Foreign Employment Agencies (NAFEA) told Republica.

“If the government moves ahead with its plan to increase the guarantee amount unilaterally, we will all surrender our license to the government. We cannot do business by furnishing such a high amount of money as guarantee," he added.

The association has also summoned its member agencies to discuss provisions included in the bill and chart out its future strategy.

Leaders of foreign employment business say that the preparation to increase the guarantee amount by such a high margin will only increases the monopoly of bigger manpower firms.

“As smaller firms may not be able to furnish such a high guarantee amount, there will be monopoly of few big companies. Eventually, it will be workers who will be affected the most," an owner of a foreign employment firm said, requesting anonymity.

Meanwhile, the Department of Foreign Employment (DoFE) on Tuesday raided the Basundhara-based office of Great Sky International Ltd -- a foreign employment firm -- after the firm was found to be submitting forged demand letter of employees at the department.

According to officials of the DoFE, the foreign employment firm was found overcharging workers going abroad for employment. The department has seized the document and related files from the office of the manpower firm.

CAAN draws flak for its decision to distribute bonus

KATHMANDU, Jan 13: The decision of Civil Aviation Authority of Nepal (CAAN) to distribute bonus to its staffers has drawn flak... Read More...