Pompeo arrives in North Korea for talks on nuclear sites 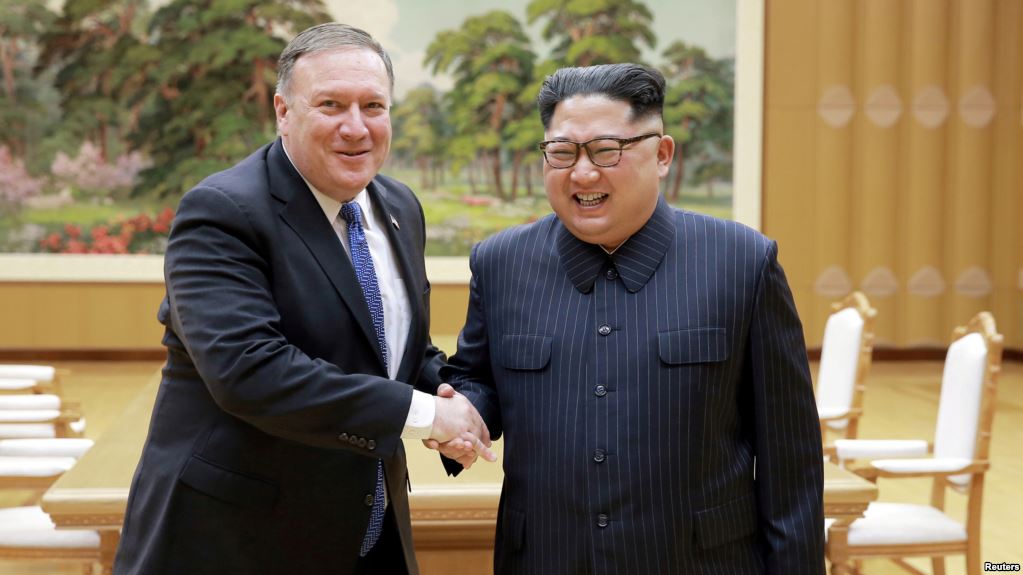 SEOUL/WASHINGTON, July 6: U.S. Secretary of State Mike Pompeo arrived in North Korea on Friday, hoping to “fill in” details on the North’s plans to dismantle its nuclear program and also to secure the remains of U.S. troops missing from the Korean War.

Pompeo landed in Pyongyang and met Kim Yong Chol, a senior North Korean official who played a central role with Pompeo in arranging last month’s summit between President Donald Trump and North Korean leader Kim Jong Un in Singapore, according to a pool report by reporters traveling with him.

Pompeo will spend a day and a half in North Korea, until Saturday, his first overnight stay there.

At the Singapore summit, Kim made a broad commitment to “work toward denuclearisation”, but fell short of details on how or when he would dismantle North Korea’s nuclear programs.

“The President told me he believes that Chairman Kim sees a different, brighter future for the people of North Korea. We both hope that’s true,” Pompeo said on Twitter after a phone call with Trump in the air.

“Next stop: Pyongyang. I look forward to continuing my meetings with North Korean leaders. There’s much hard work ahead but peace is worth the effort.”

Pompeo said he was seeking to “fill in” some details on North Korea’s commitments and maintain the momentum toward implementation of the agreement from the summit, according to the pool report.

Pompeo would try to agree on at least an initial list of nuclear sites and an inventory that could be checked against the available intelligence, U.S. intelligence officials told Reuters.

Also high on the agenda is the issue of remains, in North Korea, of U.S. soldiers missing from the 1950-53 war. Trump said after the Singapore summit that Kim had agreed to send remains back to the United States.

Both issues are considered essential tests of whether Kim is serious about negotiations. North Korean officials have yet to demonstrate that in working-level talks, the intelligence officials said.

“If they’re serious, then we can get down to the business of defining the terms of final denuclearization,” said one official.

But the U.S. ability to verify the accuracy of any North Korean list is limited due to the lack of a “high confidence” accounting of the North’s nuclear arsenal, such as the number of warheads and uranium enrichment facilities, especially if they are not operational, they said.

While in the past, the Pentagon has said North Korean officials have indicated they had the remains of as many as 200 U.S. troops, a U.S. military official familiar with the procedures for handling remains said it was not clear what North Korea might hand over.

“Until we do the necessary DNA testing to verify whose remains they are, and things like whether they’ve put remains of the same soldier into more than one box or tried to fool us with pieces of animal bones, we won’t know for sure what they’ve given us back,” the official said.