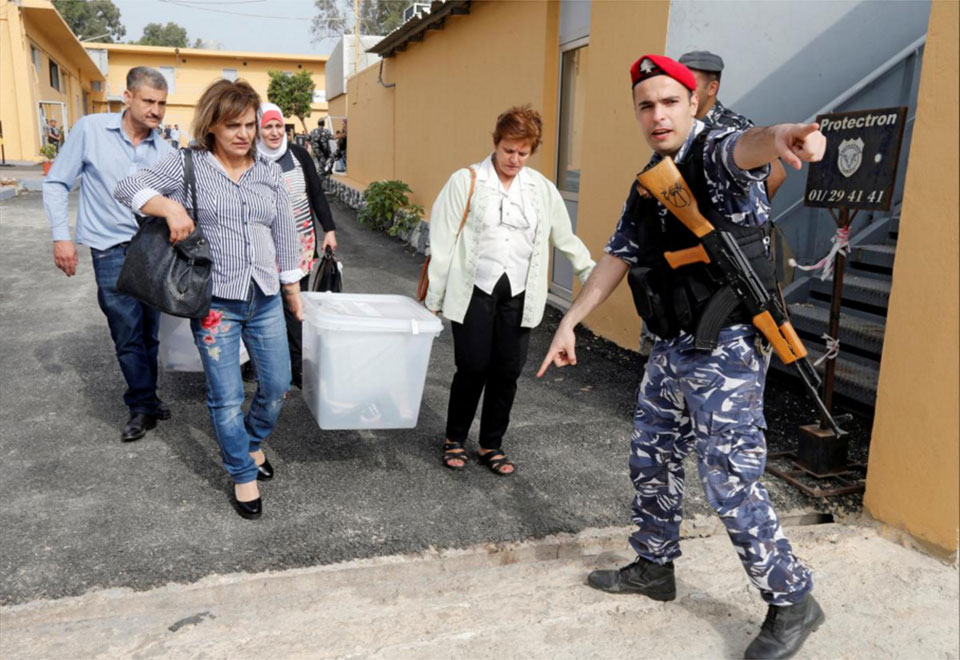 Government election officials carry ballot boxes which will be located in polling stations ahead of the country's May 6 parliamentary election, in Beirut, Lebanon, May 5, 2018. Photo: Reuters

BEIRUT, May 6: Polling booths opened in Lebanon on Sunday for the country’s first parliamentary election in nine years, a period marked by stretches of political paralysis and war in neighboring Syria.

Voting is scheduled to last from 7 a.m. (0400 GMT) until 7 p.m. (1600 GMT), with unofficial results expected to start coming in overnight and a formal tally announced in the coming days.

Whatever the result, a new coalition government including most of the major parties is likely to be formed after the election, analysts have said.

Getting a new government in place quickly would reassure investors of Lebanon’s economic stability after donors pledged $11 billion in soft loans for a capital investment programme last month, in return for fiscal and other reforms.

Lebanese are closely watching the performance of Sunni Muslim Prime Minister Saad al-Hariri’s Future Movement party and that of the Iran-backed, Shi’ite Hezbollah group and its allies.

Despite some acts of violence and intimidation connected to the election in recent weeks, no major incidents were reported in the immediate run-up to voting.

KATHMANDU, May 14: The National Human Rights Commission (NHRC) has said that the first phase of the local elections were held... Read More...

KATHMANDU, May 9: A British of Nepali origin is set to file candidacy for the snap parliamentary election in UK. Read More...