With the election date inching closer, political parties have intensified their election campaigns. Reports say that they are reaching out to voters wherever they are- in their home or wherever they are working. However, such election hype does not seem to have gripped some districts- one of them is Panchthar. Locals of several villages and towns in Panchthar lament lack of election campaign related activities in their localities. Among other complaints, they reported to Republica that there is no feeling of elections in their areas yet. Here are some excerpts of what the locals shared with Republica:

Deu Maya Nepali, Kummyak Rural Municipality
We have not yet felt that there is election coming soon. We have not seen any election campaign activities happening around here. People say there is election but we are not sure if it’s going to be in our area also. In earlier elections, leaders used to come to visit our houses asking for votes. Even if they did not manage to visit our houses before the voting day, candidates used to tell us ‘namaste’ before election. We could remember their face. But this time we don’t even know who our candidates are as no one has visited us and shown their face. We are farmers and we don’t have time for such activities either. However, for us voting for one or the other is a must. We would like to vote for the one who is going to solve our problem of drinking water. That’s our biggest problem.

Ganga Maya Khanal, Kummyak Village Municipality
There was election just recently and we had cast our votes. But people are saying that there is another election coming up. To share it seriously, I am not getting it. If there would have been another election coming up, political parties would have visited our villages with their flags and pamphlets. That’s how it is when elections campaigns are underway. Political party cadres would gather on the road and tea shops and say what they will be doing for our area, but I have not seen anything like going on now.
But if the elections are going to be held as you are saying then the only demand that we have for the time being is the installation of drinking water facility in our area. If elections are going to be held then we will chose leader who is going to provide us this basic necessity. I feel that we will be very much privileged if we can solve the problem of water. There are other things that needs to be addressed in our area but first and foremost of this is the availability of drinking water.

Manamaya Dhamala, Kummyak Rural Municipality
I really expected the leaders to do something for our area, but when they win, they hardly care. Unlike in the past, this time they have not shown their faces even for asking votes. If they do not elaborate about their party and their agenda, I don’t think anyone is going to recognize them and support them.
They should talk with us because without talking with them how are they going to learn about our problems and win our confidence? We have been suffering from acute shortage of drinking water, lack of roads, and power outages, among others. I feel that good leaders can change this so I want to vote for a leader who is promising. But I am surprised that none of the election contenders have shown up here.

Khem Niraula, Yasok Rural Municipality
Political party leaders have been campaigning around with motorcades and their party cadres. There is a lot of movement around but it is not as much as it was during the local level elections. We need visionary leaders but if these leaders are like our old leaders who gave tall promises and did nothing, we are not going to support them.
We are observing this election very carefully. It is historic election and we are not going to support leaders who work with old mentality of cheating voters. If the leaders are fielding with the same mentality as did their predecessors, then it’s going to be just a waste of time and money. We need people who can really bring changes. Apart from that, concerned authorities have also not conduced literacy classes for elections, as they did earlier. Most of the people don’t know how to cast their votes and it is the responsibility of the state to teach them.

Nabin Tumbapo, Fidim Municipality
We are going to vote for the leader whom we think can develop our area. With the election campaign at its height, everyone is talking about the promises that the candidates from various political parties are making. Everyone is trying to figure out which candidates will win and which one will lose. I feel that we all voters must be candidate centric rather than party centric. We have to get out of the traditional tendency of supporting party without looking at the strength of candidate. Not only strength of a candidate, but his/her background is also of vital importance when it comes to choosing candidate. Our vote is our power. We must exercise this right very wisely. Or else, it would not make any sense of complaining later after making the wrong choice while voting.

Ram Angdambe, Milkajung Rural Municipality
There are few election related activities going on in our area. Though I am away from my village right now, I will go there to cast my vote. Before this I have cast votes three times but this election is entirely different then them. It is the first time that elections are helf for appointing provincial and parliamentary leaders and it is of great importance.
Though I doubt that political parties would change their way of working, I would like to suggest them to focus on development rather than just in petty politics to gain power. Apart from that, concerned authorities have not been operating voters’ education program like they did in the past.

Sanjay Acharya, Falgunanda Rural Municipality
I feel that there is an unnatural alliance between political parties this time. This kind of act of the parties has made me feel that our national politics is deteriorating further. When you have no principle, no honesty, what is the use? I feel that the political parties and their leaders have joined hands just for the election. I am disappointed. Because of this, good people will not win the election. But that cannot be an excuse for the voters to not vote. We should cast our votes for the most deserving candidates.

Shiva Shrestha, Yangwarak Rural Municipality
With the elections, a stable government is going to get establish and this is what the country was waiting for. Our country’s development has been hampered by the many unstable governments that have been formed since the second Constituent Assembly elections. If you keep changing the cabinet and the head every now and then, nobody will be accountable of their decisions and projects. So, it’s a great opportunity for us all.  I am very happy and going to participate in the election with all zeal. We must take it as a festival. We must make this election a huge success and I am going to vote for for pro active leader.

Tribhhuwan Sharma, Miklajung Rural Municipality
This election is very important in terms of implementing the new federal constitution. We all must own it and contribute in institutionalizing it. I feel that people have understood this. Just like in the local level election, people are very much excited to cast their votes in favor of the best candidates. Candidates that are contending the elections eyeing power and money should be sidelined. Apart from that, it’s saddening that concerned authorities have not yet launched voters’ education programs in the villages, It is very crucial that the voters are
educated. 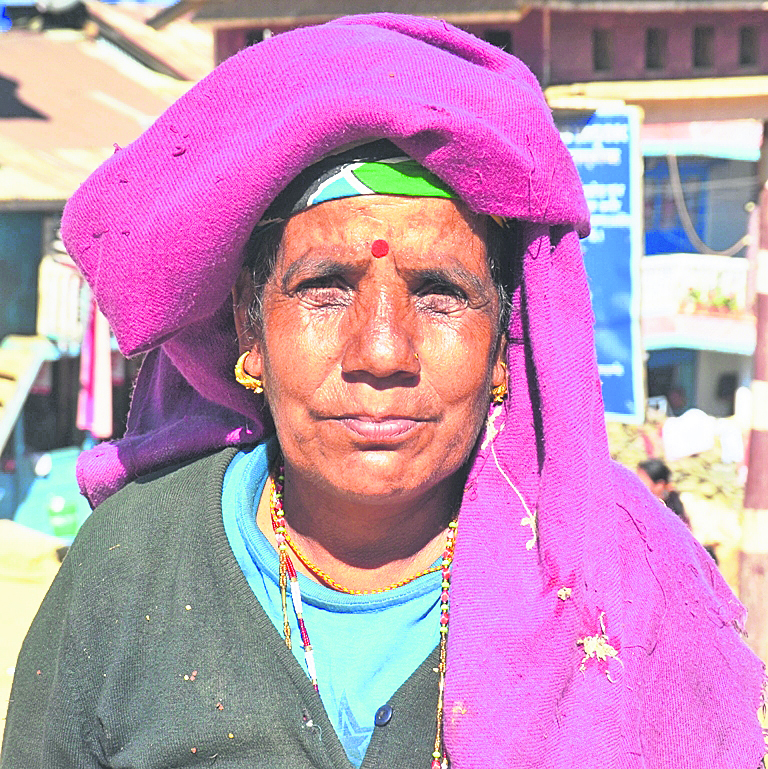