Political football: war and peace by other means at the World Cup 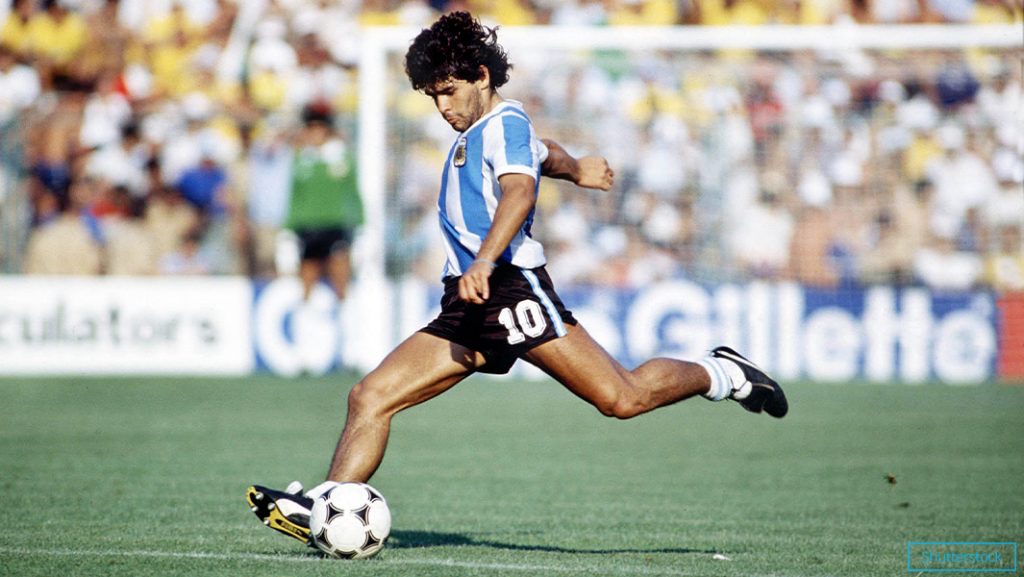 PARIS, Nov 27: As Iran prepares to play diplomatic arch-rivals the United States in the World Cup on Tuesday, AFP looks at how geopolitics have spilled onto the pitch in previous World Cups:

Just a year before World War II broke out, defending champions Italy arrived in France with politics taking centre stage in their clash with the hosts.

Championed by Italy's then-leader, fascist dictator Benito Mussolini, the team were booed when they came onto the pitch at the stadium near Paris.

Undeterred, the Italians gave the fascist salute to the crowd and played in black shirts, a nod to the uniform worn by Mussolini's notorious "Blackshirts" militia.

Italy won the clash 3-1 and went on to win the competition.

It would be the only game at international level between the two national teams during the period when Germany was divided from 1949-1990.

Billed as the "battle of the brothers" and at the height of the Cold War, tensions were so high the traditional shirt swapping at the end of the match was banned.

With fears of terrorist activities, the match was categorised as high risk and armed squads were positioned around the stadium.

East Germany, playing in their first World Cup, pulled off a sensational 1-0 win, though things soon returned to script, with West Germany winning the tournament.

This highly-charged clash took place in Mexico four years after Argentina's defeat to Britain in the Falklands War.

To the joy of their fans, Argentina took symbolic revenge, winning the quarter-final 2-1 with Diego Maradona scoring twice. His first goal was the infamous "Hand of God" goal in which he punched the ball past England goalkeeper Peter Shilton. Then a superb solo effort dubbed the goal of the century sealed victory.

"It was a final for us. It was not about winning a match, it was about eliminating the English," Maradona said.

Peace, not war, was behind the pre-kick-off niceties between the US and Iran at the 1998 World Cup.

The match, billed as one of the most politically charged in the game's history, began with a gesture of reconciliation from Iran's players, gifting bouquets of white roses to their US opponents.

Since the 1979 Islamic revolution, Iran and the US have been at loggerheads.

The goodwill did not last long however as Iran famously stunned the Americans, beating them 2-1 and knocking them out of the World Cup.

This clash caused a huge outcry in Serbia after two Swiss players of Albanian origins (Kosovo and Labnai) celebrated their goals with a two-handed eagle gesture to mimic the black eagle in Albania's flag, considered by Serbia as a nationalist provocation.

The double eagle symbol is viewed as a symbol of defiance in Kosovo, which declared independence in 2008 in a move Serbia refuses to recognise.

Granit Xhaka, who was born in Kosovo, made the gesture after he scored Switzerland's first goal and Xherdan Shaqiri repeated it following his last-gasp winner that clinched a 2-1 victory.

FIFA fined the players although they escaped a ban.

"It was an artificial genocidal famine...," priest Oleksandr Shmurygin, 38, told AFP. "Now when we experience this massive unprovoked war of Russia against Ukraine, we see history repeating itself."

Among those gathered to commemorate the victims of the famine was lawyer Andryi Savchuk, who spoke of its "irreparable" loss for Ukraine.

"Stalin's system, the repressive state, wanted to destroy Ukraine as a nation," he said. "Today we see that the efforts made by Stalin are continued by (President Vladimir) Putin.

"At that time, they wanted to exterminate Ukrainians through famine," he added.

"Today, they are exterminating us with heavy weapons," and bombing energy installations to deprive citizens of electricity, heating and water just as the punishing winter sets in.

But just as Ukrainians hold on in the 1930s, so they would against Moscow today, said Savchuk.

"We have an unyielding will and confidence. And the whole world is with us."

Iran’s supreme leader: No talks with the US at any level

TEHRAN, IRAN, Sept 17:  Iran’s supreme leader announced on Tuesday that “there will be no talks with the U.S. at any... Read More...

Weather to be cloudy and foggy in Terai, snowfall in highlands and Himalayas
29 minutes ago

#Book Review The Old Man and The Sea
42 minutes ago