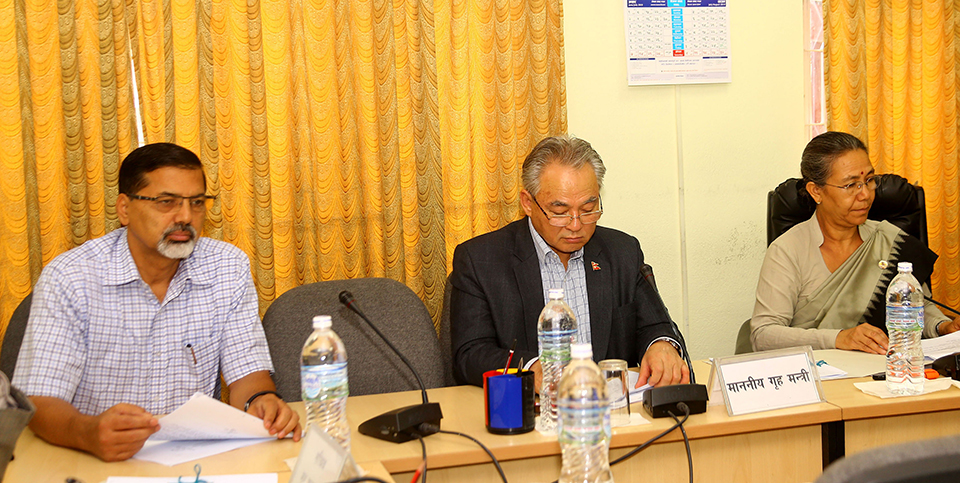 KATHMANDU, June 25: Home Minister Ram Bahadur Thapa has said that the government could not move the citizenship bill further for the endorsement from the house due to the lack of political consensus.

As the citizenship bill is a critical issue, for which there has been a long delay for the endorsement, he added. Meanwhile, Minister Thapa also informed the house committee that due to lack of consent among the political parties, there has been delayed in presenting the police employee adjustment bill as well.

The committee had formed a nine-member sub-committee on March 21 to complete the remaining task of Nepal Citizenship Bill, especially with regard to obtaining naturalized citizenship certificate. However, the sub-committee failed to reach the consensus among the political forces.

State should not hesitate to invest in security sector: Home Minister

KATHMANDU, Dec 23: Home Minister Ram Bahadur Thapa has said that the state should not hesitate to invest in the... Read More...

We will reorganize Bibeksheel Sajha Party in line with the spirit of its establishment: Pandey
7 minutes ago