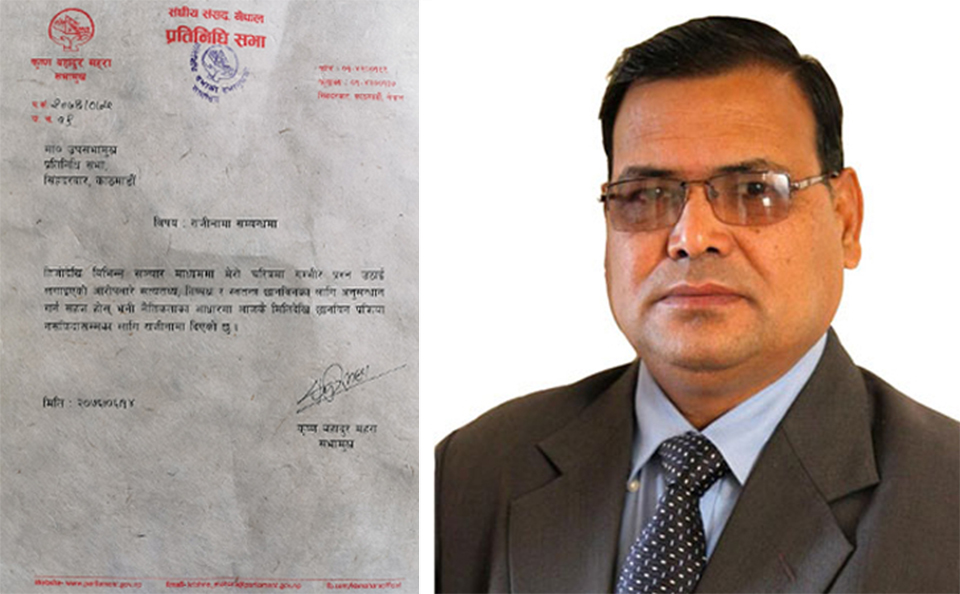 KATHMANDU, Oct 4:The investigation into the rape allegation against former speaker of the lower house of parliament Krishna Bahadur Mahara has been thrown into doubt after the victim registered a written compliant with the police stating that there was no truth in media reports in this connection.

DSP Hobendra Bogati, spokesperson for the Metropolitan Police Range, informed Republica  that they have been weighing their next move after the alleged rape victim gave a written statement that media reports in this connection were false. He said police had no option but to stop the investigation.

“The woman has told us that there was no truth in media reports about rape,” said Bogati.

Legal experts and activists have been saying that police shouldn’t stop the investigation until the ‘criminal case’ is taken to a logical conclusion.

But Bogati said, “Since it’s a case relating to two individuals, there is little we can do when the alleged victim herself is saying there is no truth in the allegation.”

On Tuesday, Mahara had stepped down as speaker after a parliament staffer accused him of raping her at her apartment at Tinkune on Sunday night. As she has since retracted  her statement and accused media of twisting the facts, many suspect Mahara might have coerced her into doing so.

Police reluctance to press forward with the investigation comes at a time when they are being criticized for delaying the investigation process even though the woman had made a verbal complaint about the rape right after the incident allegedly took place.

Many now claim that the investigation was deliberately delayed to  buy time for coercing the woman into doing a volte face.

Mahara has been dogged by  controversy ever since he joined mainstream politics after the end of the Maoist armed insurgency in 2006. But he has somehow managed to avoid investigations.

In 2013, he was caught in an audio leak asking for Rs 500 million from an unidentified Chinese man as the price of 50 parliamentarians in some  horse-trading . Along with other senior Maoist leaders, he has also faced allegations of embezzling possibly billions  in various business dealings.

Of late, Nepal’s anti-corruption watchdog, Commission for the Investigation of Abuse of Authority (CIAA), is taking some measures to deter... Read More...

CJ should be brought to investigation : Dr KC