'We won't return there until justice is done'

KATHMANDU, Sept 13: The parents of Nirmala Panta, who was raped and murdered in Kanchanpur, have said police have been pressuring them to return to their home district and not stay any longer in Kathmandu.

The Panta couple arrived in Kathmandu Wednesday morning in their quest for justice.

They accuse the police of not handling the case properly. They claim that had the police acted in earnest right from the beginning they would already have nabbed the real culprit in the rape and murder of their teenage daughter.

“We decided to come to Kathmandu as we realized that justice would not be done if we remained in Kanchanpur,” Yagya Raj told journalists at a press conference in Kathmandu. “We are here to fight for the justice we have been denied for some two months now.” He added that the police and the probe committees were handling the case shoddily and they showed gross negligence on many occasions.

Yagya Raj said that the formation of every new probe committee had revived their hopes for justice. “We were promised justice by member of the high-level probe committee Birendra KC, but he too had to resign,” he said adding that he no longer believes the promises of any of the committees.

He also questioned the intentions of the prime minister who, in a television interview, showed support for the Bam sisters but not for Nirmala. The Bam sisters were earlier arrested on suspicion of their involvement in the case. “How can he show support for one girl but not for the other?” Yagya Raj further asked. He accused the prime minister of lying throughout the interview.

Nirmala's mother Durga Devi criticized the sluggish pace of the investigations and accused police of destroying evidence. “We have two other daughters and now they cannot even walk about freely,” she said, “Every single probe committee promised that justice delivery would be prompt. Why have we not received justice yet?”

Durga said that the couple is standing up for all parents in Nepal and they want justice at any cost. “Nirmala's is just a case in hand. We are here for all the daughters of Nepal,” she said.

The couple also criticized Nirmala's maternal uncle Tirtha Raj Bhandari for pressuring them to cremate her body. “We were forced by police as well as Tirtha to cremate her,” Yagya Raj said. “The cremation was conducted under police surveillance. Don't we have the right to properly perform the last rites of our own daughter?” 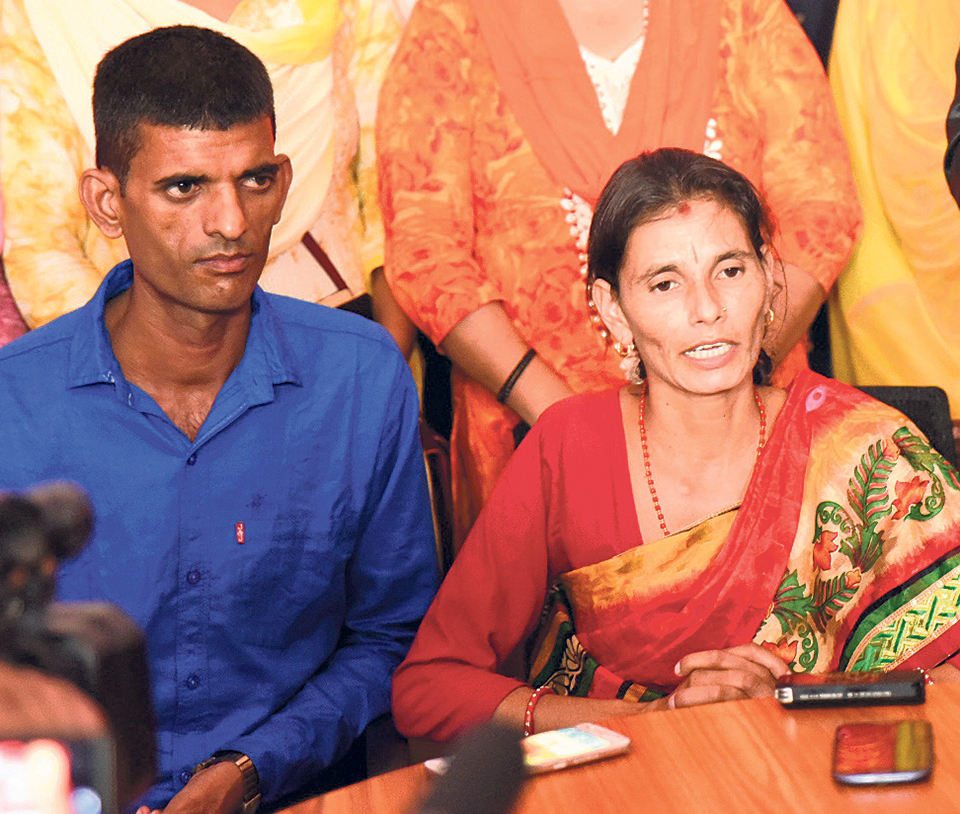