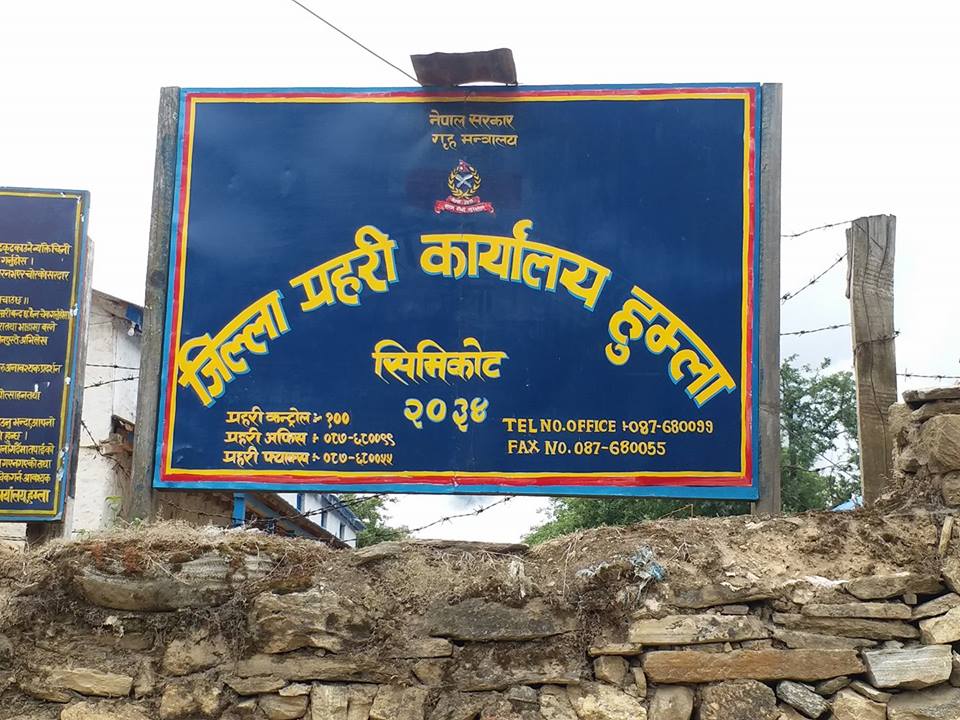 HUMLA, June 8: One of the two prisoners who had absconded from District Police Office’s cell was arrested.

Lokendra Buda was re-arrested from a jungle at Yangugau of Simikot rural municipality-8 while Lekhe Nepali is still at large, DSP Rabin Shrestha, chief of District Police Office, Humla said.

Buda of Chankheli rural municipality-3 and Nepali from Khapurnath rural municipality-4 absconded from prison, according to Bishnu Bahadur Singh, police inspector at District Police Office, Humla said, adding that they had fled the scene between 3-5 AM.

Buda was serving his time for first degree murder while Nepali was serving time for stealing and public office. Without a prison, criminals have been kept at District Police Office’s custody for the past seven years.

“We came to know that they had fled at 5 AM. Since then, we’ve intensified their search,” Singh said.

Do not bring Hinduism in politics
22 hours ago

Two ambassadors sworn in
11 hours ago

Death of over 1,000 chicken in two days worries farmers
12 hours ago

NCP should not form new govt under NC’s leadership: Lalbabu Pandit
14 hours ago

Amid COVID-19 pandemic, flu has disappeared in the US
15 hours ago