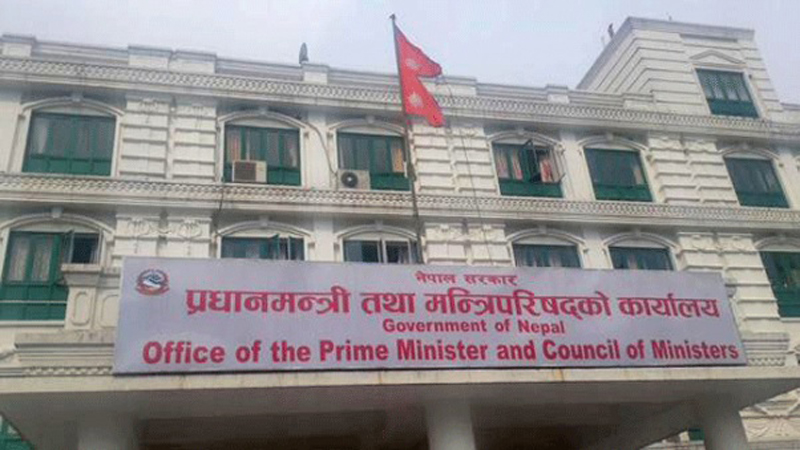 GERMANY, Nov 16: The Office of the Prime Minister has recalled Dr. Bishwanath Oli, secretary of the Ministry of Population and Environment (MoPE) for poor work performance. Oli, who is currently attending the COP 23 at Bonn, Germany, will return Nepal tomorrow.

Upon arrival, Oli will be shifted to the Ministry of Livestock Development. A source said that Minister of MoPE, Mithila Chaudhary had complained of poor work performance of Dr. Oli to Prime Minister Sher Bahadur Deuba. Chaudhary had expressed her dissatisfaction after the Ministry of Foreign Affairs didn’t grant her permission to participate in the conference. According to the source, Chaudhary was able to attend the conference only after PM Deuba called the Secretary of Ministry of Foreign Affairs.

“As all of this happened due to poor management from the Secretary’s side, Dr. Oli has been called back and transferred to another ministry.”

Oli has claimed that the Minister didn’t face any difficulties due to him. “Initially, Kedar Adhikary, secretary at Ministry of Information was also expected to come. However, he didn’t. The process became lengthy as we had to replace his name.”

“Both Minister Chaudhary and MoFA has briefed the PMO on poor performance of Oli,” the source said. “MoFA had requested MoPE to enlist its representative to which Oli had dismissed. As a result, MoFA too was angry with Oli.”

Minister Chaudhary had been angry with Oli after he had enlisted close circle for the conference. It was from Oli’s recommendations that Account Chief, Kaman Singh Khatri and Administration Chief Shambhu Thapaliya had attended the event. Dr Oli left behind senior climate representatives to focus on those he knew closely, including Manoj Ojha.

While Chaudhary had only approved visits of two representatives, Ram Prasad Lamsal, head of Climate Change Division and Suresh Khanal, secretary, around 15 had participated for the conference. She herself is unaware of those who are currently attending the conference.

When framework for federal structure was being prepared, Oli had hurriedly scrapped “Climate Finance Management Division” and replaced it with “Climate Change Technology Dissemination Unit” under the then chief secretary, Rajendra Kishore Chettri. He had also replaced the position of Agro-economist specialist with agriculture specialist.

KATHMANDU, Aug 6: The Office of the Prime Minister (PMO) has informed that the government has already transferred 114.3 ropani... Read More...

KATHMANDU, Oct 24: The cabinet on Monday appointed Yubraj Bhusal, a former secretary of the government of Nepal, as the new... Read More...

US President-elect Donald Trump is likely to pick Exxon Mobil Corp CEO Rex Tillerson as his Secretary of State, according... Read More...