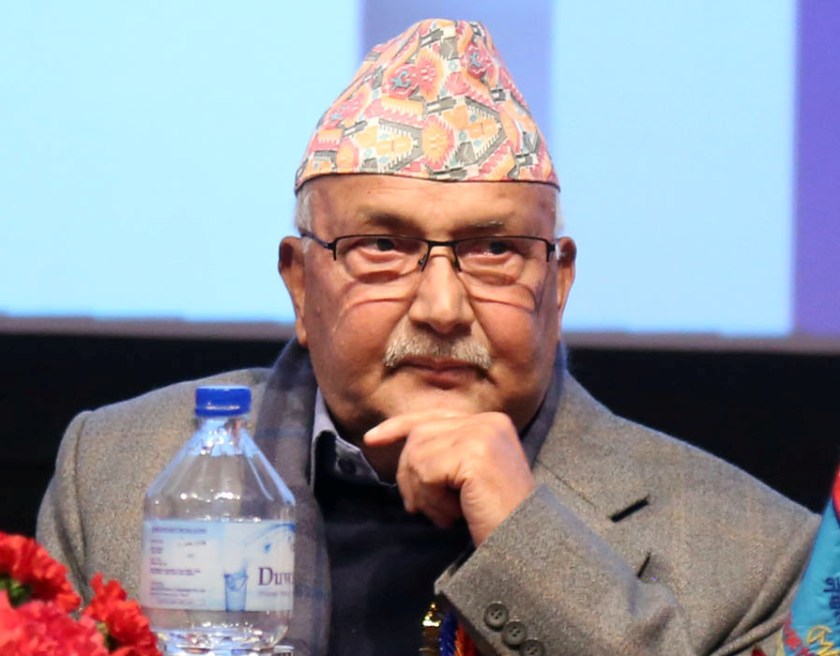 KATHMANDU, Nov 16: Prime Minister KP Oli is scheduled to visit at the Grande International Hospital for a follow-up treated on Saturday.

The prime minister had undergone dialysis of his transplanted kidney last month at the same hospital. According to his aides, Oli needs to remove a stent that was inserted in his body during the dialysis in October last week.

Prime Minister Oli had briefed his cabinet colleagues about his health condition during a cabinet meeting held at his official residence in Baluwatar late Friday evening, said the source.

The source also informed that Prime Minister Oli is mulling over visiting the US, if there were any possible options for transplanting a new kidney. Prime Minister's personal physician Dr Dibya Singh and his foreign relations advisor Rajan Bhattarai are currently in the US to explore the options, according to multiple sources familiar with the development.

Although it was earlier reported that Prime Minister Oli was mulling over changing his entire team in his secretariat, his key aides including Chief Political Advisor Bishnu Rimal and Foreign Relations Advisor Rajan Bhattarai will continue to be in the office, it is learnt.

Prime Minister Oli has also postponed his plan to reshuffle the cabinet in view of the November 30 by-elections, said the source.