PM to undergo kidney transplant for a second time on Wednesday : aide 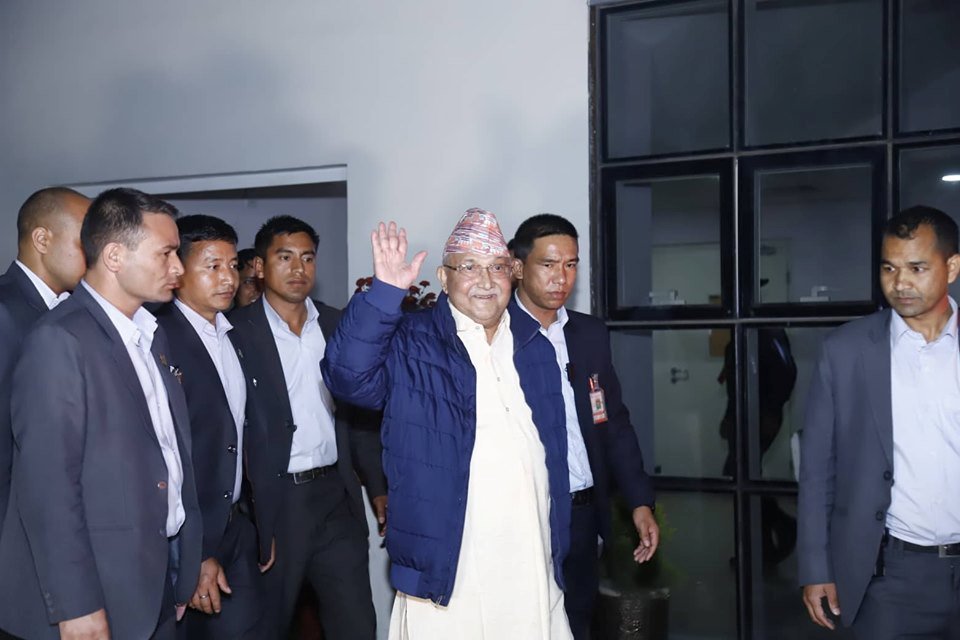 KATHMANDU, March 1: Prime Minister KP Sharma Oli is preparing to transplant his kidney for a second time on Wednesday, his aide said.

Surya Thapa, the press advisor to Oli, confirmed that the prime minister will undergo kidney transplant at TU Teaching Hospital on Wednesday.

"All the preparations have been made for the kidney transplant," Thapa said. The prime minister will be admitted to TU Teaching Hospital on Monday.

Oli, who is also the chairperson of the ruling Nepal Communist Party, briefed the party leaders about his plan to transplant kidney during the party secretariat meeting today. Party spokesperson Narayan Kaji Shrestha said that the prime minister will undergo kidney transplant on Wednesday.

Two weeks ago, the prime minister had told a group of editors that he was planning a second kidney transplant as it is a better option than undergoing regular dialysis.

Oli, 67, had undergone kidney transplant in India in 2007 after both his kidneys failed to function. He has been visiting hospitals abroad for health check-up ever since.

KATHMANDU, March 6: Prime Minister KP Sharma Oli has been helped with walking and solid food has been started to be... Read More...

Stop me from entering Madhesh but not the water from SMDMP: PM Oli
5 hours ago
Buddha Air to fly on Janakpur-Ayodhya route
4 hours ago
'NC will form government under its own leadership'
7 hours ago