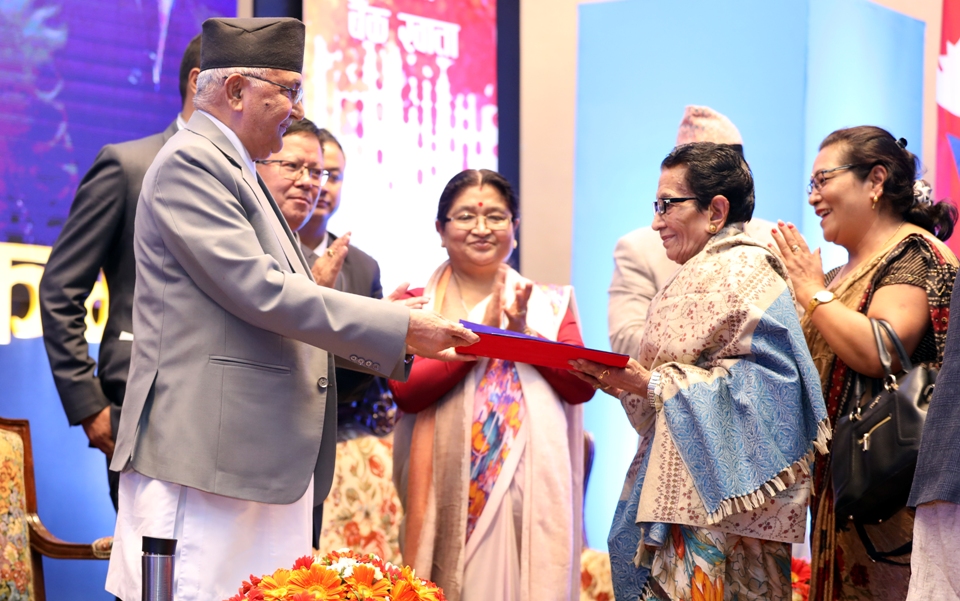 Oli said so while inagurating a national campaign for health insurance of senior citizens and opening of bank accounts of all Nepali on the occasion of the Nepali New Year 2076 BS in Kathmandu.

He said that the government has been paying attention to every sector of the social security. “Nobody should remain poor in the country because the government is working for the well-being of people from all walks of life,” Oli said.

The prime minister expressed the hope that the campaign for health insurance of senior citizens will provide great relief to the medication of the senior citizens. “In the next couple of years, entire Nepal will be completely healthy. We are working towards this end,” he said.

Nepal should act as the peacemaker
45 minutes ago

Juggling between work and family life, working parents play the double role even in this time of pandemic
2 hours ago
Entrepreneurs set various preconditions to resume public transportation
2 hours ago