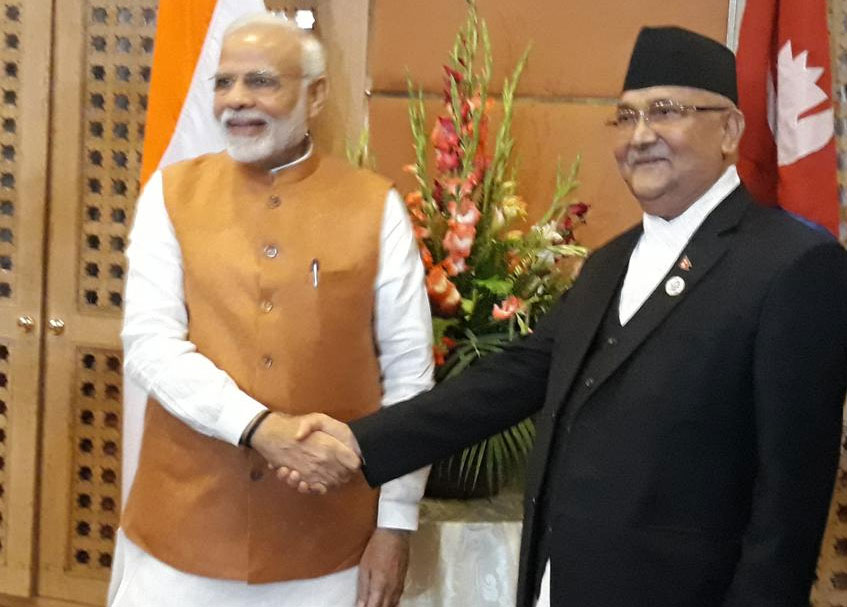 KATHMANDU, Aug 321: Nepal and India  have signed a Memorandum of Understanding (MOU) on Preliminary Engineering-cum-Traffic Survey on Broad Gauge Line between Raxaul and Kathmandu on Friday.

Prime Minister KP Sharma Oli and his Indian counterpart Narendra Modi witnessed the signing of the MOU on survey of Raxaul-Kathmandu railway line during a bilateral meeting held at the margin of the fourth BIMSTEC Summit.

The MOU on survey of Broad Gauge Line between Nepal and India was signed by Secretary at the Ministry of Physical Planning and Works Madhusudan Adhikari from Nepali side and Shri Manjiv Singh Puri from the Indian side.

On April 7, 2018, the two governments had issued a joint statement on expanding rail linkages, agreeing to construct a new electrified rail line, with India’s financial support, connecting the border city Raxaul in India to Kathmandu in Nepal. As a first step, it was agreed that the government of India, in consultation with the Government of Nepal, would carry out preparatory survey work within one year, and the two sides would finalize the implementation  and funding modalities of the project based on the Detailed Project Report.

Consulting with the Government of Nepal, Konkan Railway Corporation Ltd. will be conducting a preliminary engineering-cum-traffic survey of the new rail line.

The Raxaul-Kathmandu rail line is expected to expand connectivity by enhancing people-to-people linkages between the two countries and promoting economic growth and development, said Indian Embassy in a press release.

Signing the MOU, the Ministry of Foreign Affairs tweeted:

The MOU on survey of Broad Gauge Line between Nepal and India was signed by Secretary Ministry of Physical Planning and Works Mr. Madhusudan Adhikari from Nepali side and H.E. Shri Manjiv Singh Puri from the Indian side. 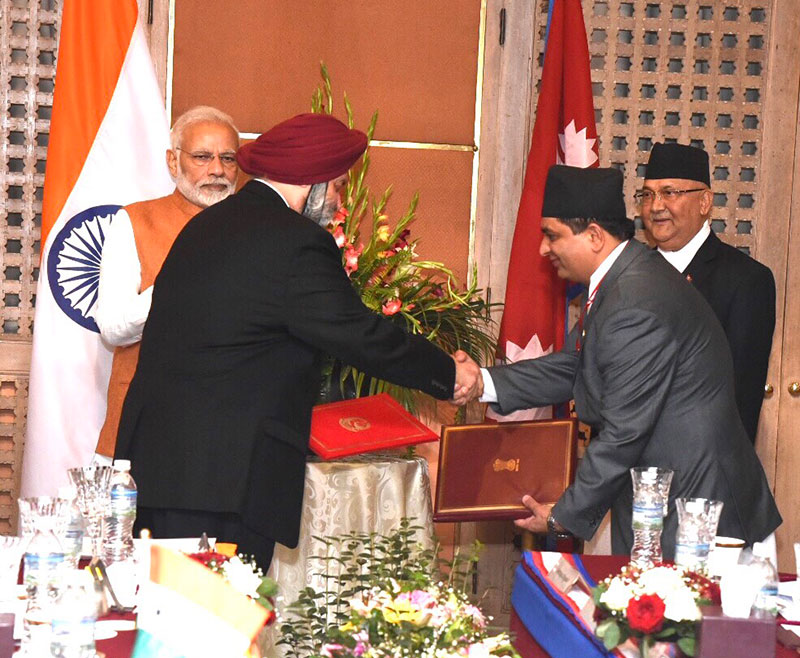