The faction, on Friday, organized the gathering with the theme of ‘Fresh mandate for political stability through development and prosperity to safeguard territorial integrity, constitution and end of anarchy’.

Vehicular movement along the road in front of the Narayanhiti Royal Palace Museum was interrupted and road dividers were removed for more space for the gathering. Similarly, the business outlets in the Durbar Marg area were shut owing to Friday’s ‘political show-off’ by the Oli-faction.

On the occasion, PM Oli argued that the prime minister has the prerogative to dissolve parliament. Deputy PM Pokharel, on the other hand, said that elections are inevitable to know the people’s verdict as they are the supreme judiciary. Home Minister Thapa said that people have to be awakened against ‘regression’. 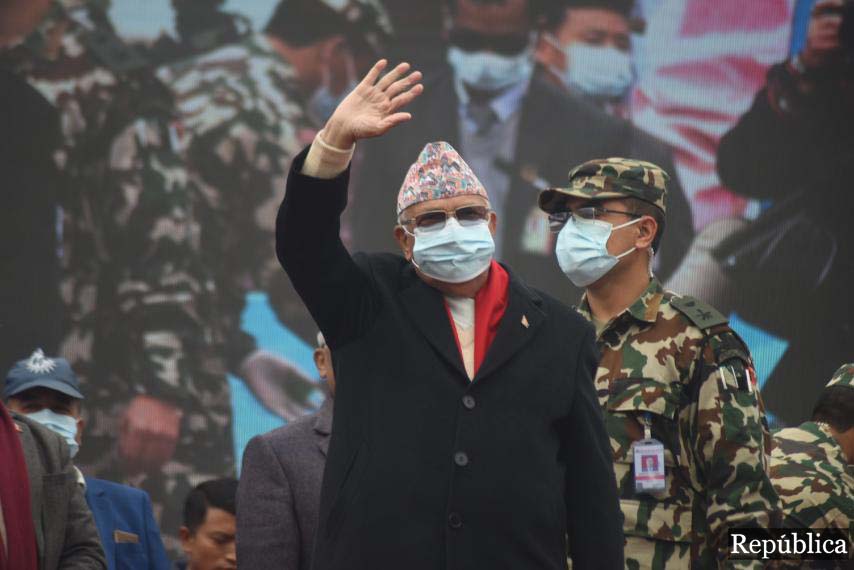 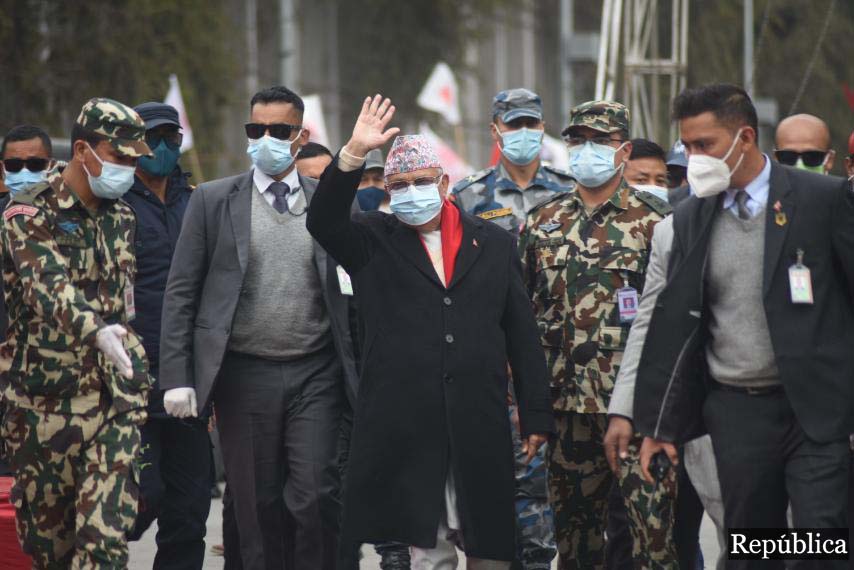 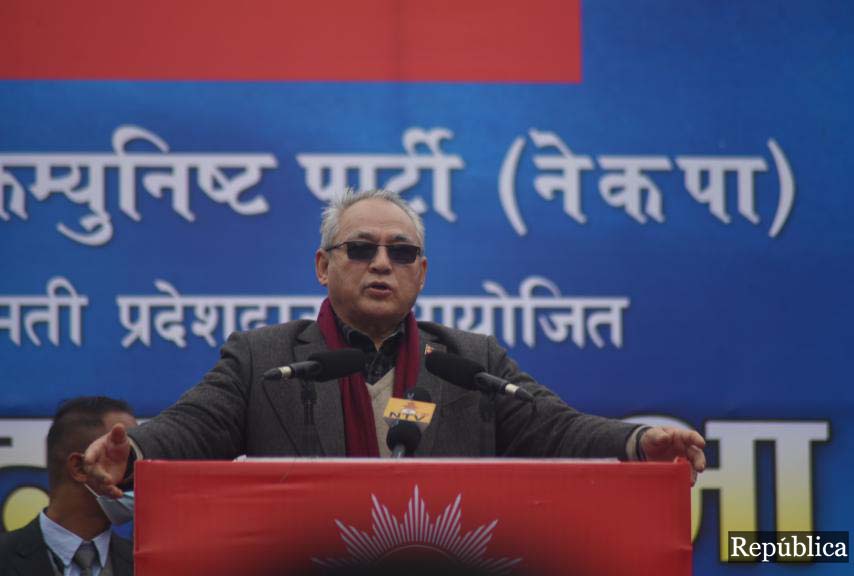 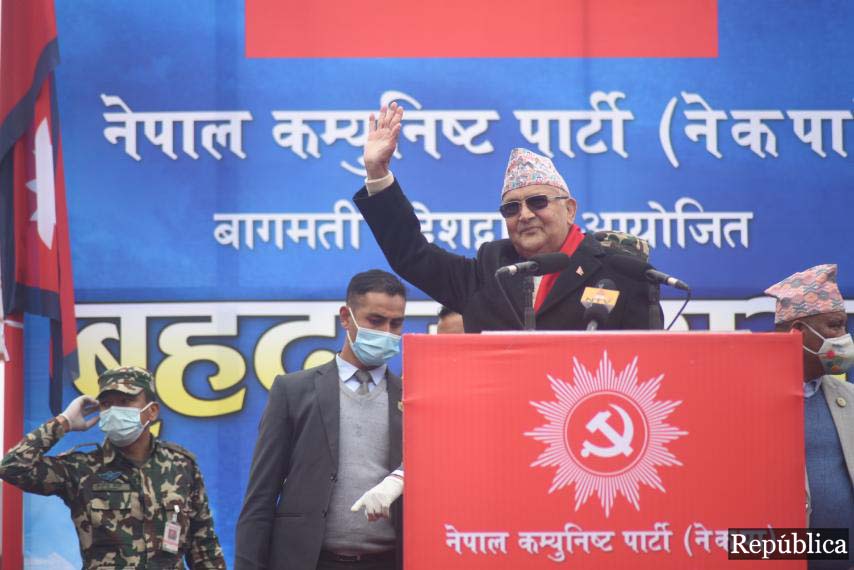 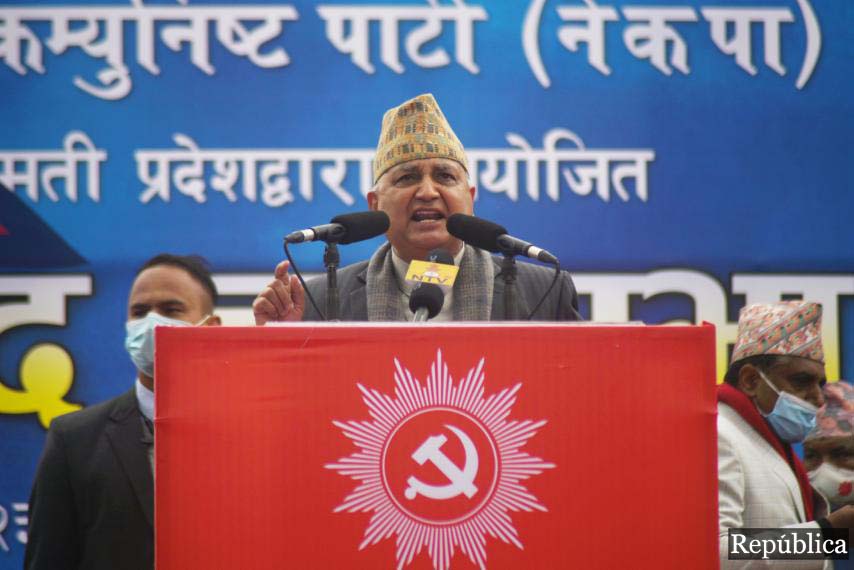 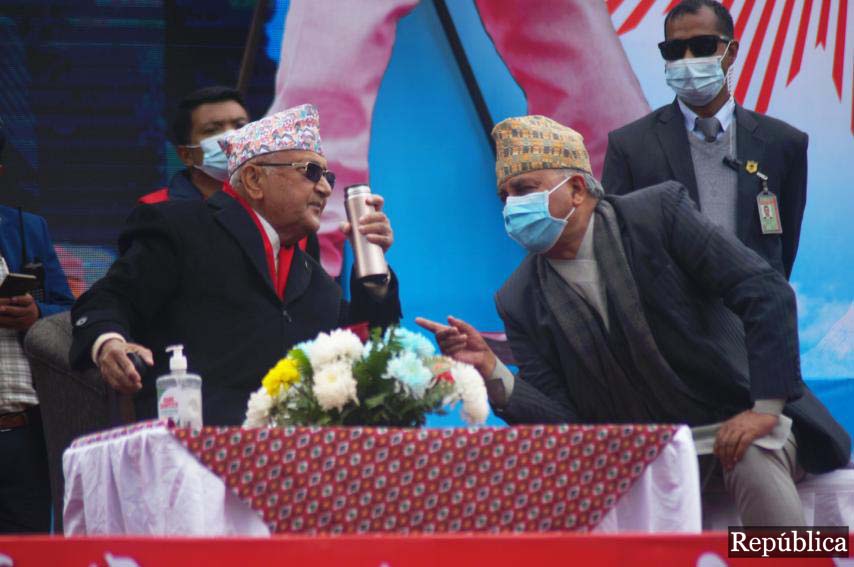 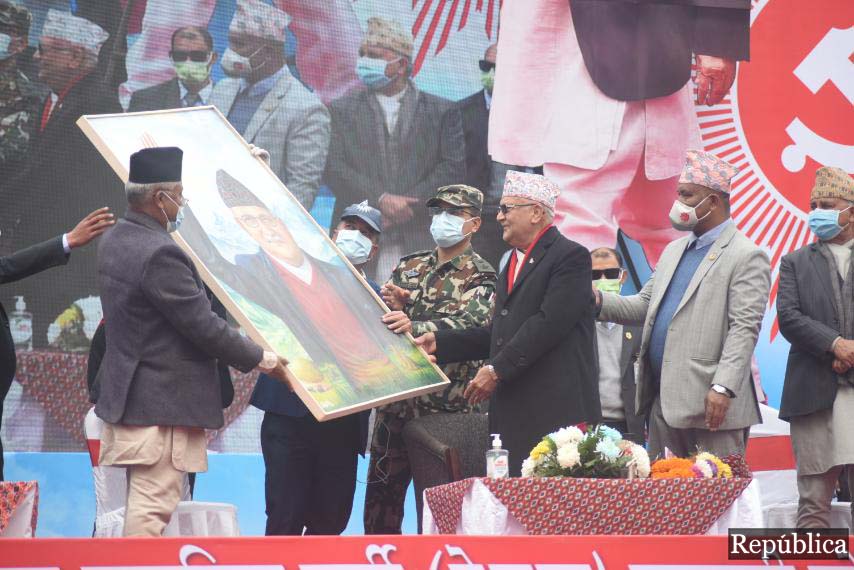 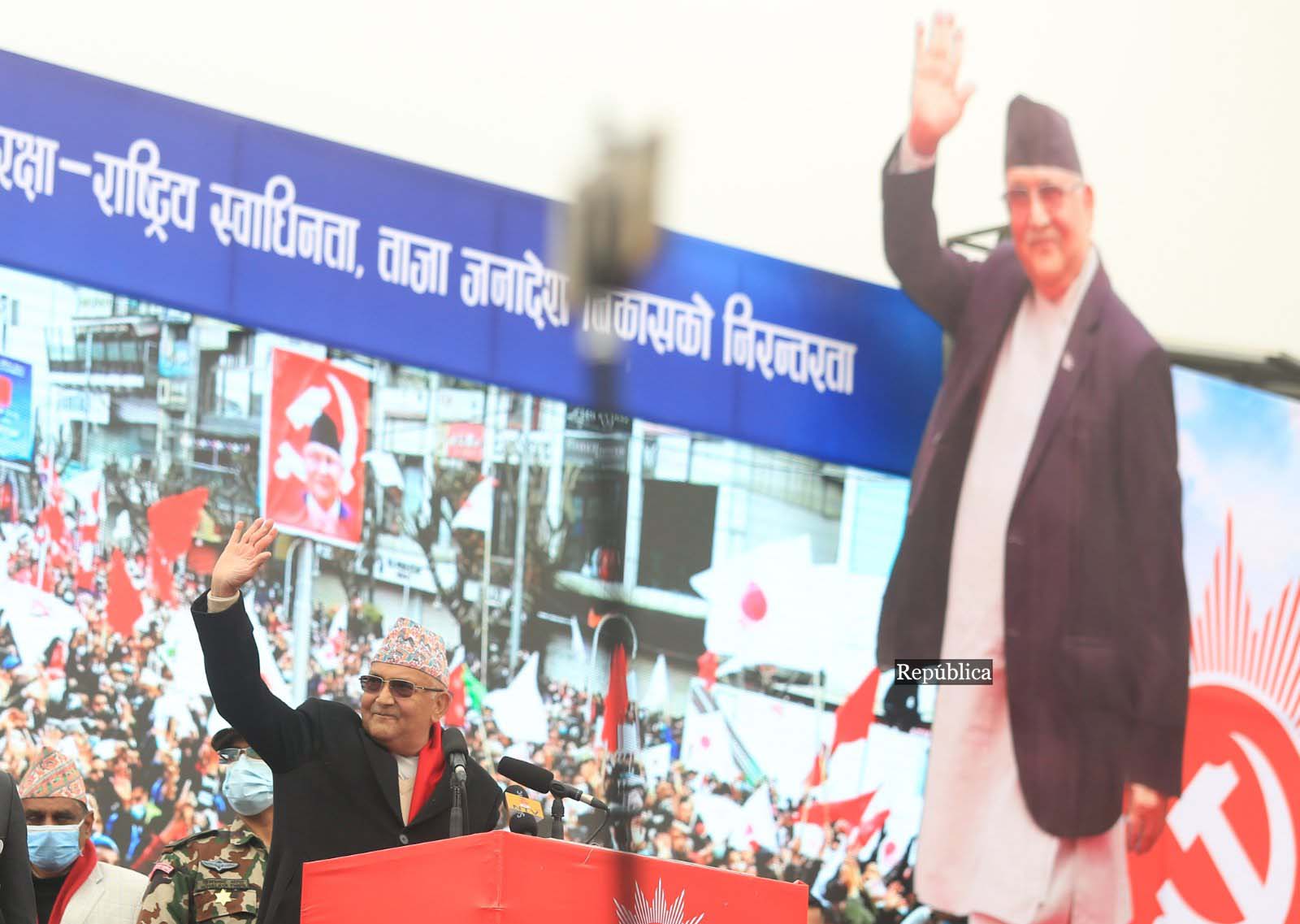 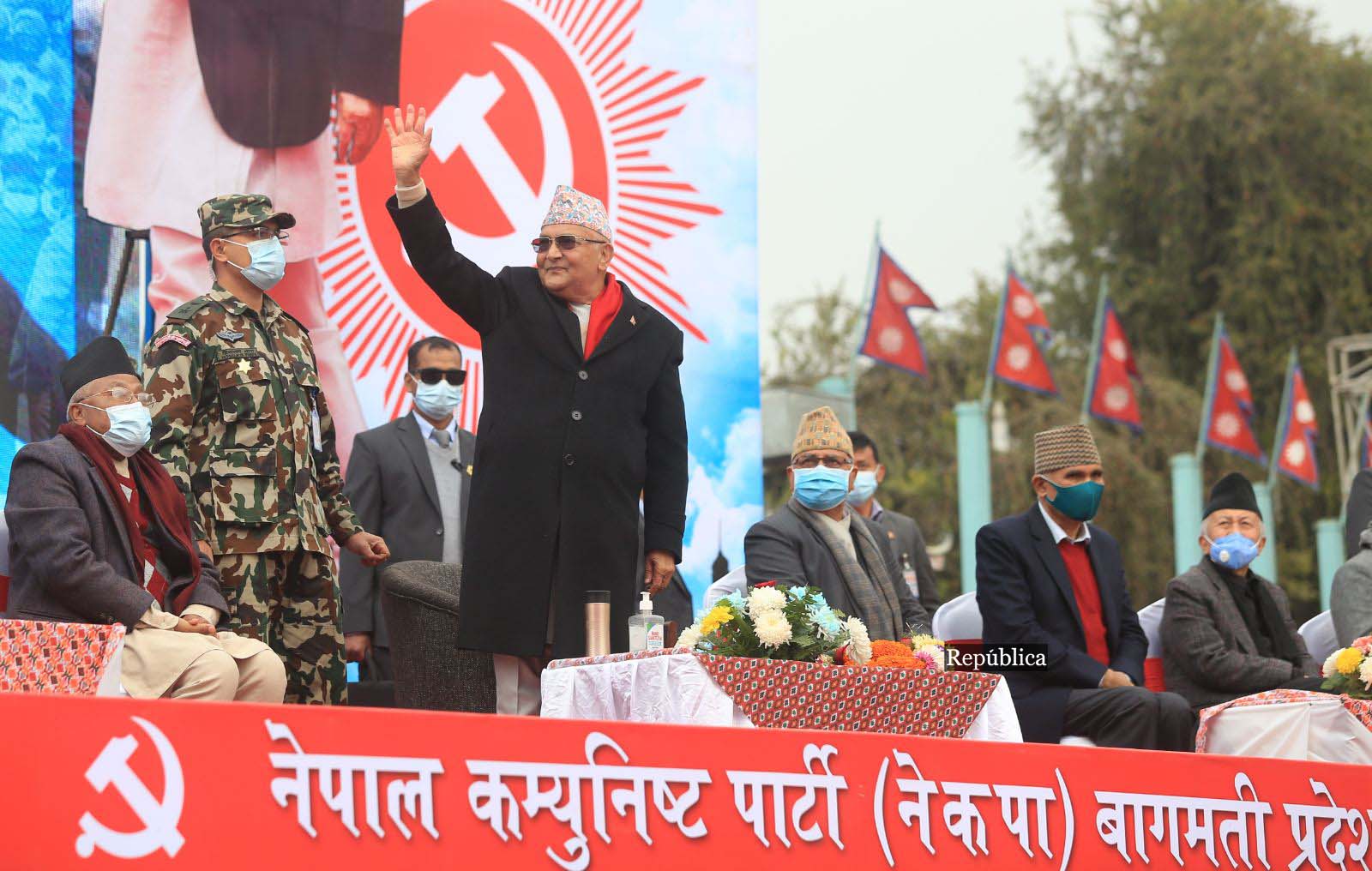 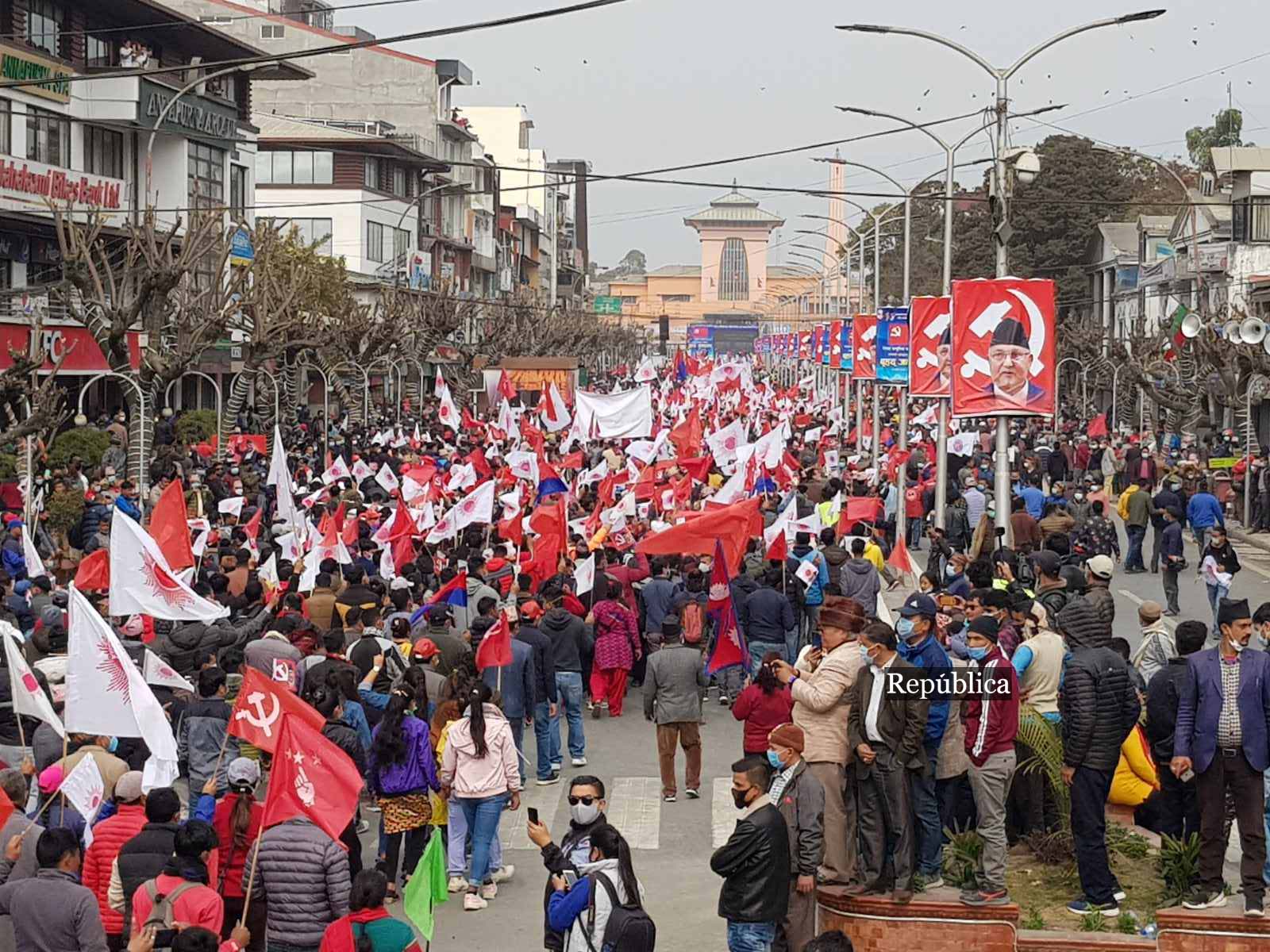