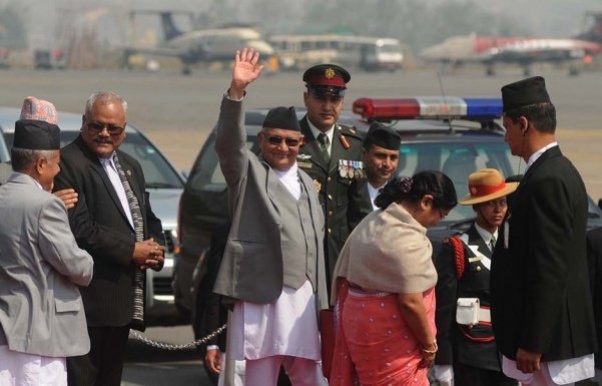 KATHMANDU, July 30: Prime Minister and Nepal Communist Party Chairman KP Sharma Oli is leaving for Singapore for his regular medical checkup as per the suggestion of his personal physician.

PM Oli, according to one of his advisors, is scheduled to leave for Singapore on August 3. It's not clear when he will return. “The prime minister's visit to Singapore for followup medication has been unofficially finalized as suggested by doctors but we cannot yet announce it publicly because no formal decision has been taken so far,” said one advisor to the prime minister, requesting anonymity.

PM Oli had announced his Singapore visit plans at the party's secretariat meeting on Monday. At the same meeting, another NCP chairman, Pushpa Kamal Dahal, also spoke about his plans to go abroad on Tuesday. He is reportedly going to the UAE.

Monday's secretariat meeting was supposed to finalize the chiefs of its 32 central departments but it ended without making any headway. At the meeting, Secretariat Member Ram Bahadur Thapa proposed not giving any departmental responsibilities to the secretariat members. Shortly after the proposal was floated, former prime minister Madhav Kumar Nepal argued that this would make it difficult to adjust the top leaders. Undecided over the proposal, party Chairman Oli himself postponed the meeting until August 13. The discussions overwork division among top leaders has been put on hold for at least two weeks, according to the leaders. “Discussions about nominating the chiefs of the central departments have now been deferred as the chairman himself proposed placing the work divisions on hold for now,” said Secretariat Member Jhala Nath Khanal.

KATHMANDU, Aug 11: Prime Minister KP Sharma Oli, who is in Singapore for his health checkups, is returning home on... Read More...