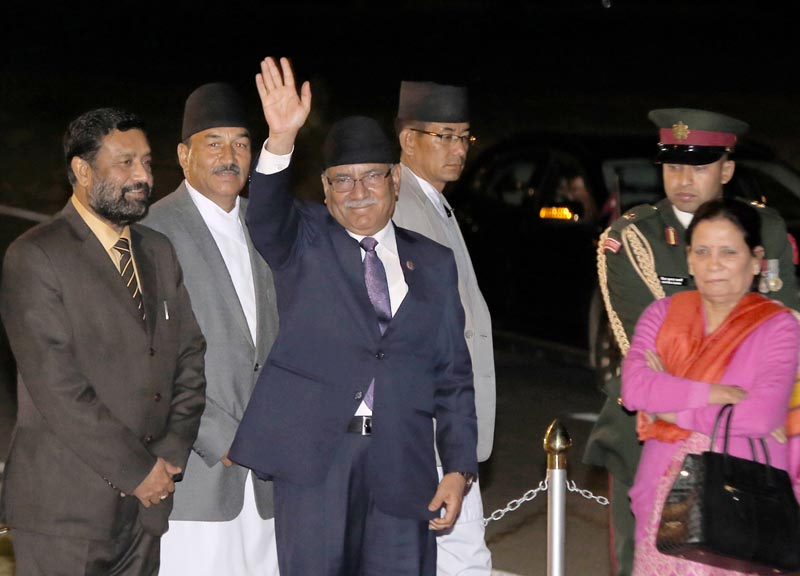 According to Acharya, most of the participants of the meeting including himself advised Dahal to put all efforts to implement the past agreements and understandings between the two countries.

He said that the participants also reminded the prime minister that the optimism instilled in the general public following the 10-point deal with China last year has now been dampened by the delay in implementing it.

The participants also suggested to Dahal to give priority to join China's One Road One Belt (OBOR) policy for the development of Nepal. “Just like promoting the One-China Policy, China has now attached high importance to the OBOR initiative. So, I urged the prime minister to express Nepal's clear commitment to OBOR,” he said.

Rajesh Kaji Shrestha, chairman of Nepal Chamber of Commerce, said he suggested to the prime minister to expedite the process of implementing previous deals signed with China.

“I urged the prime minister to create an environment favorable to welcome China's big investors to our country. For this, Nepal should open the way for Chinese banks to operate in Nepal,” Shrestha told Republica.

He also suggested to Dahal to take serious initiatives to open seven border points connecting Nepal and China and make environment for import and export of goods from the northern borders.

Nepal had signed important agreements with China for economic development including a transit treaty. The agreements inked include the Nepal-China transit and transport treaty, free trade agreement, construction of Pokhara Regional International Airport, construction of a bridge at Nepalgunj-Hilsa road, installation of solar systems at 32,000 houses, subsidized loan agreement, opening of bank branches and agreement related to exploration of gas and fuel, among others.

Hearing on HoR dissolution to continue tomorrow
10 minutes ago