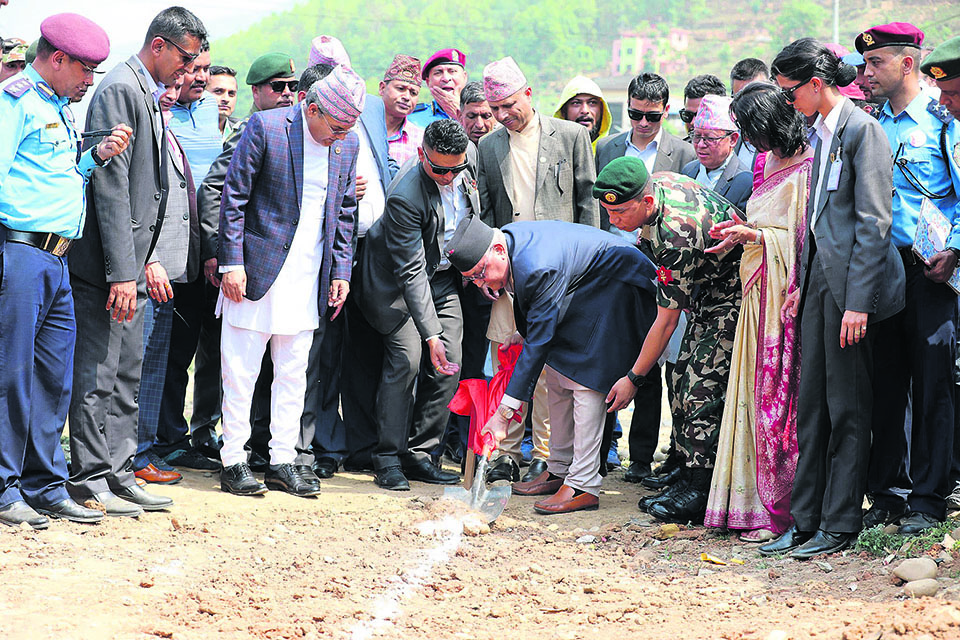 The laying of fiber was launched with an objective to expand ‘network backbone’ to all districts including their local units within a few years’ time.

The Prime Minister inaugurated the work of building infrastructure for broadband internet across the country through a center at Galchhi in Dhading district. Similar tasks were started simultaneously from Hile of Dhankuta and Khurkot of Sindhuli.

The laying of optical fibers is being carried out as a part of the 2,179-km long information highway that will be financed through Rural Telecommunications Development Fund (RTDF) collected for developing infrastructure to enhance internet connectivity across the country. The information highway passes across high hills from Taplejung to Baitadi along the Mid-Hill Highway, which is currently under construction in different sections of the road.

Nepal Telecom is laying Rs 4.8 billion worth fiber along the highway in province 1, 2 and 3 from Chiwabhanjyang (Panchthar) to Aarughat (Gorkha). It expects to expand the fiber network across 32 districts of these three provinces by March 2021.

Earlier, Nepal Telecom had invited tender to provide necessary equipment to lay down the optical fiber. According to Nepal Telecom Officials, LS Cable Korea is putting in the fiber infrastructure in 596 kilometer stretch in Province 1, while Aarogya Construction and Joint Venture of China Railway are developing the infrastructure in 1,028 kilometer stretch in Province 2.

Nepal Telecom Authority, the regulator of telecom sector in the country, is implementing the work of building the information highway. The government initiated this infrastructure project with an aim to take high speed broadband internet to all districts to materialize its plan to prepare foundation for Digital Nepal that the government plans to implement through the budget of upcoming fiscal year.

PM to inaugurate two big projects in Rupandehi on Friday