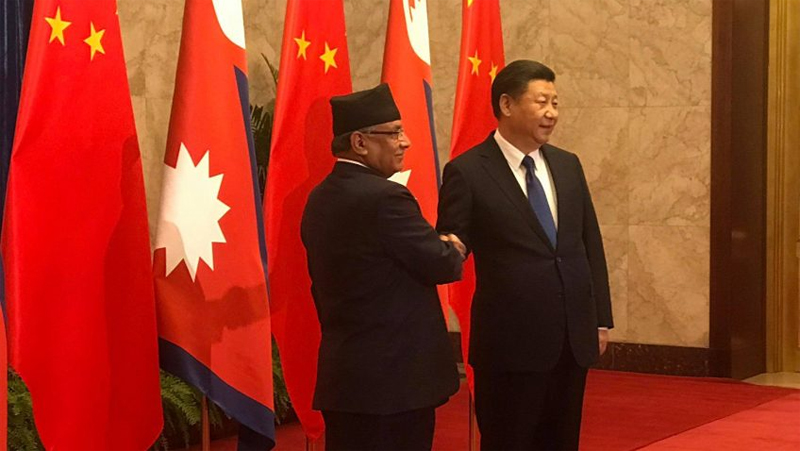 After the meeting at the Great Hall of the People in Beijing, PM Dahal said that the meeting with the President Xi was very fruitful and productive one.

Expressing his confidence, PM Dahal said that the meeting was milestone to strengthen the bilateral relation between two countries.

Briefing about the meeting, PM Dahal said that President Xi was very optimistic regarding the issues that were discussed during the meeting citing that the meeting between two leaders was above his the expectation.

During the meeting, President Xi himself concerned over the issues of political stability, development, prosperity with the infrastructure development, railway link and Tatopani border among others and discussed on the bilateral relation between two countries, said PM Dahal.