Pluto could be reclassified by scientists as a planet 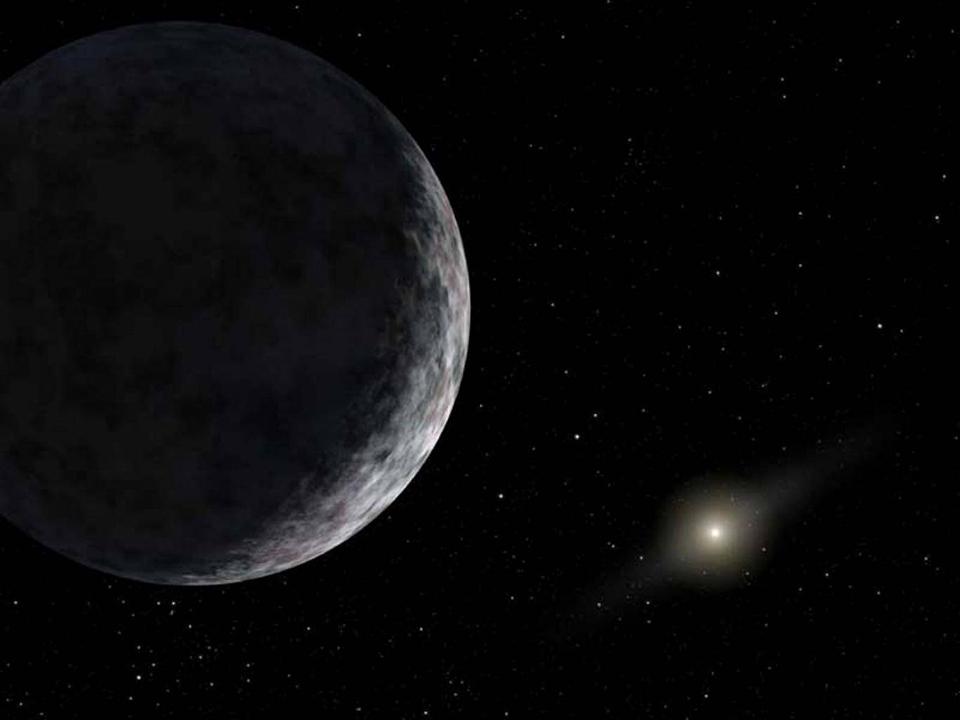 FLORIDA, May 8: Three years ago, Nasa's New Horizons, the fastest spaceship ever launched, raced past Pluto, spectacularly revealing the wonders of that newly seen world.

This coming New Year's Eve - if all goes well on board this small robot operating extremely far from home - it will treat us to images of the most distant body ever explored, provisionally named Ultima Thule.

We know very little about it, but we do know it's not a planet. Pluto, by contrast - despite what you've heard - is.

Why do we say this? We are planetary scientists, meaning we've spent our careers exploring and studying objects that orbit stars.

We use "planet" to describe worlds with certain qualities. When we see one like Pluto, with its many familiar features - mountains of ice, glaciers of nitrogen, a blue sky with layers of smog - we and our colleagues quite naturally find ourselves using the word "planet" to describe it and compare it to other planets that we know and love.

In 2006, the International Astronomical Union (IAU) announced an attempted redefinition of the word "planet" that excluded many objects, including Pluto. We think that decision was flawed, and that a logical and useful definition of planet will include many more worlds.

We find ourselves using the word planet to describe the largest "moons" in the solar system.

Moon refers to the fact that they orbit around other worlds which themselves orbit our star, but when we discuss a world such as Saturn's Titan, which is larger than the planet Mercury, and has mountains, dunes and canyons, rivers, lakes and clouds, you will find us - in the literature and at our conferences - calling it a planet.

This usage is not a mistake or a throwback. It is increasingly common in our profession and it is accurate.

Most essentially, planetary worlds (including planetary moons) are those large enough to have pulled themselves into a ball by the strength of their own gravity.

Below a certain size, the strength of ice and rock is enough to resist rounding by gravity, and so the smallest worlds are lumpy.

This is how even before New Horizons arrives, we know that Ultima Thule is not a planet. Among the few facts we've been able to ascertain about this body is that it is tiny (just 17 miles across) and distinctly non-spherical.

This gives us a natural, physical criterion to separate planets from all the small bodies orbiting in space - boulders, icy comets or rocky and metallic asteroids, all of which are small and lumpy because their gravity is too weak for self-rounding.

The desire to reconsider the meaning of "planet" arose because of two thrilling discoveries about our universe: There are planets in unbelievable abundance beyond our solar system - called "exoplanets" - orbiting nearly every star we see in the sky. And there are a great many small icy objects orbiting our sun out in Pluto's realm, beyond the zone of the rocky inner worlds or "terrestrial planets" (such as Earth), the "gas giants" (such as Jupiter) and the "ice giants" (such as Neptune).

In light of these discoveries, it did then make sense to ask which objects discovered orbiting other stars should be considered planets. Some, at the largest end, are more like stars themselves. And just as stars like our sun are known as "dwarf stars" and still considered stars, it made some sense to consider small icy worlds like Pluto to occupy another subcategory of the planet: "dwarf planet."

But the process for redefining planet was deeply flawed and widely criticised even by those who accepted the outcome.

At the 2006 IAU conference, which was held in Prague, the few scientists remaining at the very end of the week-long meeting (less than 4 percent of the world's astronomers and even a smaller percentage of the world's planetary scientists) ratified a hastily drawn definition that contains obvious flaws. For one thing, it defines a planet as an object orbiting around our sun - thereby disqualifying the planets around other stars, ignoring the exoplanet revolution, and decreeing that essentially all the planets in the universe are not, in fact, planets.

Even within our solar system, the IAU scientists defined "planet" in a strange way, declaring that if an orbiting world has "cleared its zone", or thrown its weight around enough to eject all other nearby objects, it is a planet. Otherwise, it is not.

This criterion is imprecise and leaves many borderline cases, but what's worse is that they chose a definition that discounts the actual physical properties of a potential planet, electing instead to define "planet" in terms of the other objects that are - or are not - orbiting nearby.

This leads to many bizarre and absurd conclusions. For example, it would mean that Earth was not a planet for its first 500 million years of history, because it orbited among a swarm of debris until that time, and also that if you took Earth today and moved it somewhere else, say out to the asteroid belt, it would cease being a planet.

To add insult to injury, they amended their convoluted definition with the vindictive and linguistically paradoxical statement that "a dwarf planet is not a planet". This seemingly served no purpose but to satisfy those motivated by a desire - for whatever reason - to ensure that Pluto was "demoted" by the new definition.

By and large, astronomers ignore the new definition of "planet" every time they discuss all of the exciting discoveries of planets orbiting other stars.

And those of us who actually study planets for a living also discuss dwarf planets without adding an asterisk. But it gets old having to address the misconceptions among the public who think that because Pluto was "demoted" (not exactly a neutral term) that it must be more like a lumpy little asteroid than the complex and vibrant planet it is.

It is this confusion among students and the public - fostered by journalists and textbook authors who mistakenly accepted the authority of the IAU as the final word - that makes this worth addressing.

It stated: "In keeping with both sound scientific classification and peoples' intuition, we propose a geophysically-based definition of 'planet' that importantly emphasizes a body's intrinsic physical properties over its extrinsic orbital properties."

After giving a precise and nerdy definition, it offered: "A simple paraphrase of our planet definition - especially suitable for elementary school students - could be, 'round objects in space that are smaller than stars'."

It seems very likely that at some point the IAU will reconsider its flawed definition. In the meantime, people will keep referring to the planets being discovered around other stars as planets, and we'll keep referring to round objects in our solar system and elsewhere as planets. Eventually, "official" nomenclature will catch up to both common sense and scientific usage. The word "planet" predates and transcends science. Language is malleable and responsive to culture. Words are not defined by voting. Neither is the scientific paradigm.

A whale-dolphin hybrid was discovered thanks to the efforts of scientists in Hawaii. The "most unusual" find is even more... Read More...