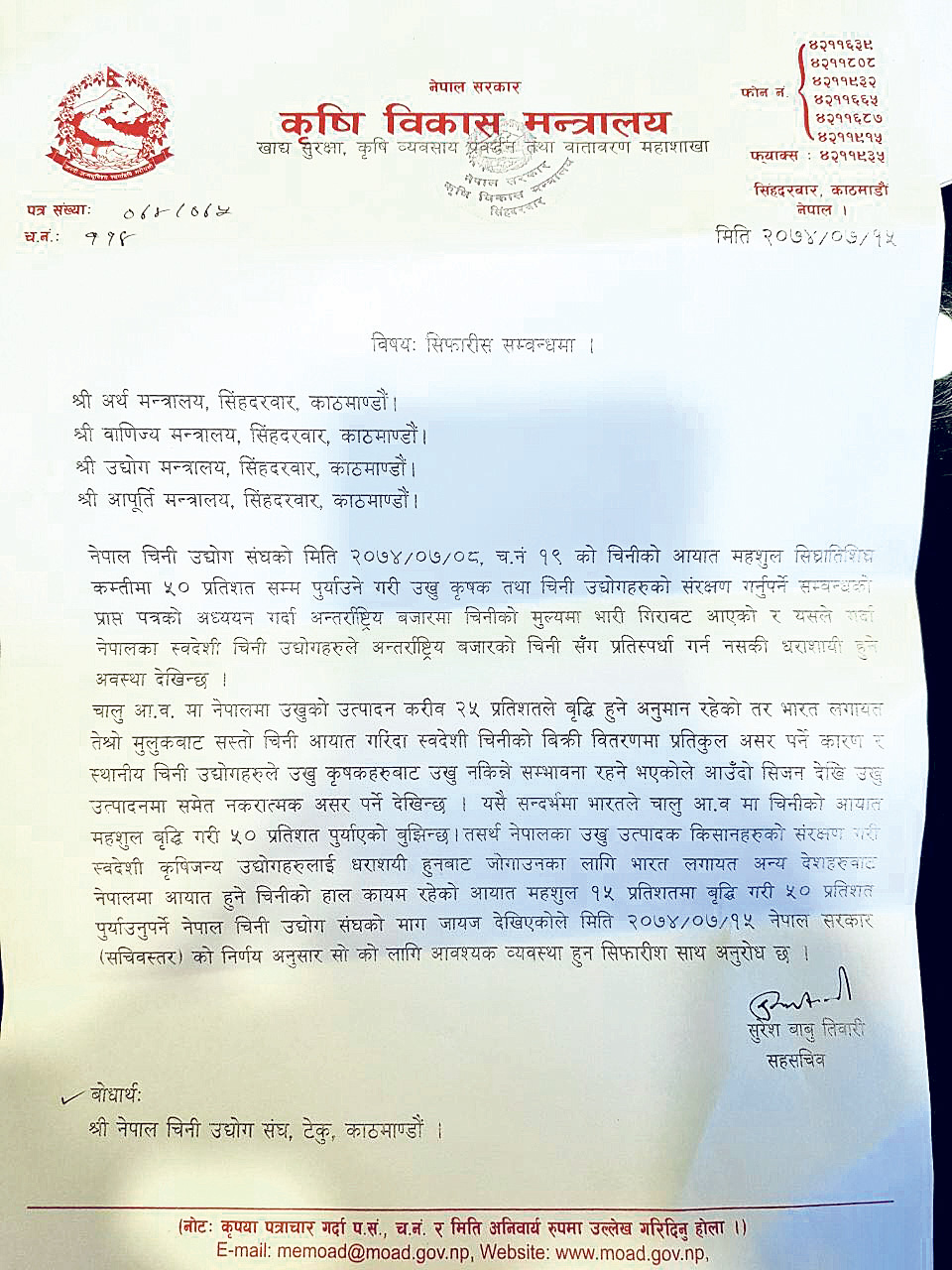 BIRATNAGAR, Nov 12: Sugar consuming industries have been disappointed by the recommendation of the Agricultural Development Ministry (MoAD) to increase import duty of sugar by 50 percent.

The MoAD has stated that its proposal to increase the duty is for promoting locally produced sugar.

Citing insufficient sugar production in Nepal, industries have expressed discontent toward the ministry’s proposal. They have stated that the move to promote sugar industries has created great inconvenience to sugar-consuming industries such as biscuits and confessionary factories.

The price of sugar is around Rs 80 in Biratnagar, a bordering city in eastern Nepal. Sugar is easily available at Rs 72 at Jogbani, an Indian town across the border, indicating that the existing taxes are behind the price difference.

With heavy fall in international sugar prices, the ministry deemed it necessary to increase the import duty, realizing that the Nepali sugar industry could not compete with the international market.

Jaju further affirmed that Nepal’s sugar production does not even contribute to 40 percent of the demand, and the proposed tax increment will spike the price of sugar to Rs 110 per kilogram from the current Rs 80 per kilogram and this will adversely affect the ordinary consumers as well.

The country imported 3,422 tons of sugar from Kakadbhitta and Biratnagar border points alone in the past three months.

KATHMANDU, March 17: The government collected revenue worth Rs 3.75 billion alone from the duty on gold import during mid-July 2021... Read More...