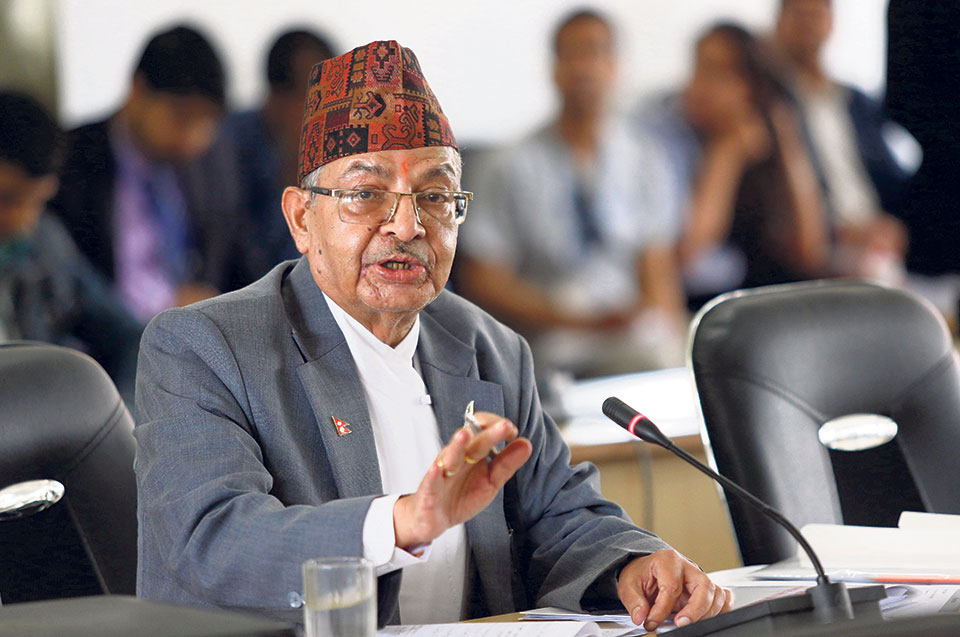 According to PHSC members, the committee meeting slated for Friday has been postponed for Sunday after some committee members demanded time for further investigations into his educational certificates.

However, PHSC ad-hoc Chairman Laxman Lal Karna told Republica that he postponed the meeting after the House of Representatives meeting on Friday dragged on. “We had convened the PHSC meeting at 3 p.m., expecting that the House meeting would conclude a few hours before that. But when the House meeting became prolonged we postponed our meeting for the next working day,” he said.

Meanwhile, multiple members of the hearings committee informed that they found some discrepency while checking the symbol number from the SLC certificate submitted to the committee by Joshee on Thursday . “We have found some conflicting clues about his claim and the official records concerning his SLC certificate. The committee may form a sub-committee to further study the documents,” said a lawmaker requesting anonymity.

Refuting allegations concerning his educational certificates, Joshee had submitted a copy of his progress report to the PHSC during the hearings Thursday. The hearings committee meeting adjourned till Friday without reaching any decision. Lawmakers had sought time for further discussions .

According to sources, some ruling Nepal Communist Party (NCP) lawmakers requested postponement of the meeting, claiming to have found some new clues about Joshee's educational certificates.

KATHMANDU, July 31: Although the confusion over an academic certificate of chief justice nominee Deepak Raj Joshee has been cleared, the... Read More...

PHSC fails to decide on acting CJ Joshi; meeting put off till Friday

Two killed in mini truck accident in Dhading
28 minutes ago