KATHMANDU, July 3: The reconstruction of the Malla-era Rani Pokhari (Queen's Pond) which was heavily damaged by the 2015 mega earthquake has reached the final stage as the works are on even at the time of lockdown enforced to contain the spread of the novel coronavirus disease in the country.

Nearly 97 per cent of the reconstruction work of the pond has been completed so far, according to the National Reconstruction Authority.  A total of 30 million liters of water will be poured in the pond once it gets its final shape. Attention has been paid to reconstruct the pond in its original shape and style as built by King Pratap Malla.

Similarly, the reconstruction of the Balgopaleshwar Temple in the middle of the heritage premises has witnessed 50 percent progress.

Although the heritage was scheduled to be inaugurated by Prime Minister KP Sharma Oli in early May (within the Nepali month of Baisakh), it was not possible due to the delay in completion owing to manpower crisis amid the COVID-19 pandemic. However, there is no shortage of any construction materials.

Earlier a meeting of the officials from the National Reconstruction Authority (NRA), Department of Archaeology (DoA) and Kathmandu Metropolitan City (KMC) had decided to rebuild the temple of the historic pond in the same style as constructed in the Malla period.  After the meeting, the NRA had handed the responsibility of the reconstruction of the temple to the DoA while the KMC was told to demolish the concrete structure it had constructed to make a new wall and other structures of the 17th-century pond in ancient style.

Here are some photos taken by Republica photojournalist Dipesh Shrestha on Friday. 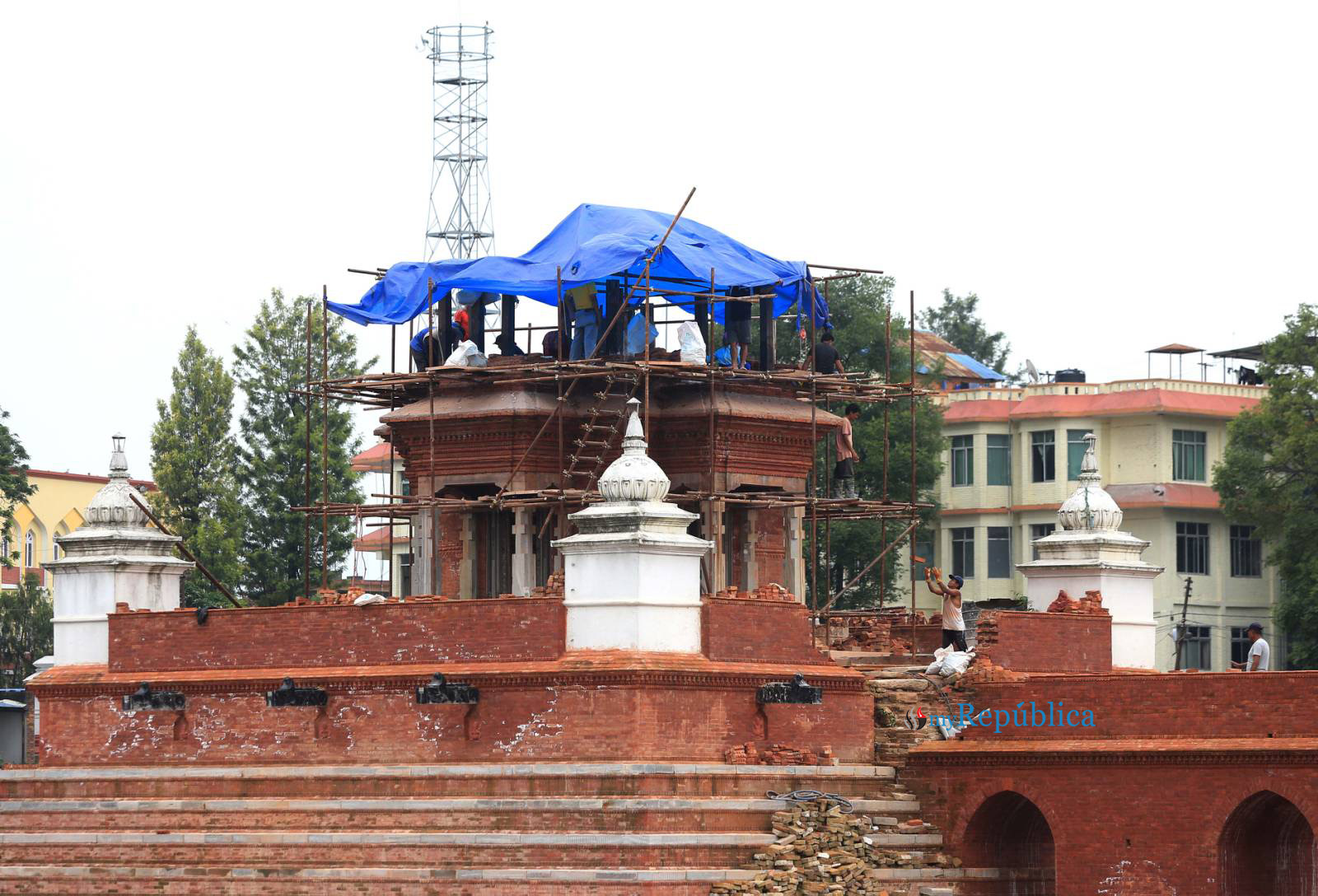 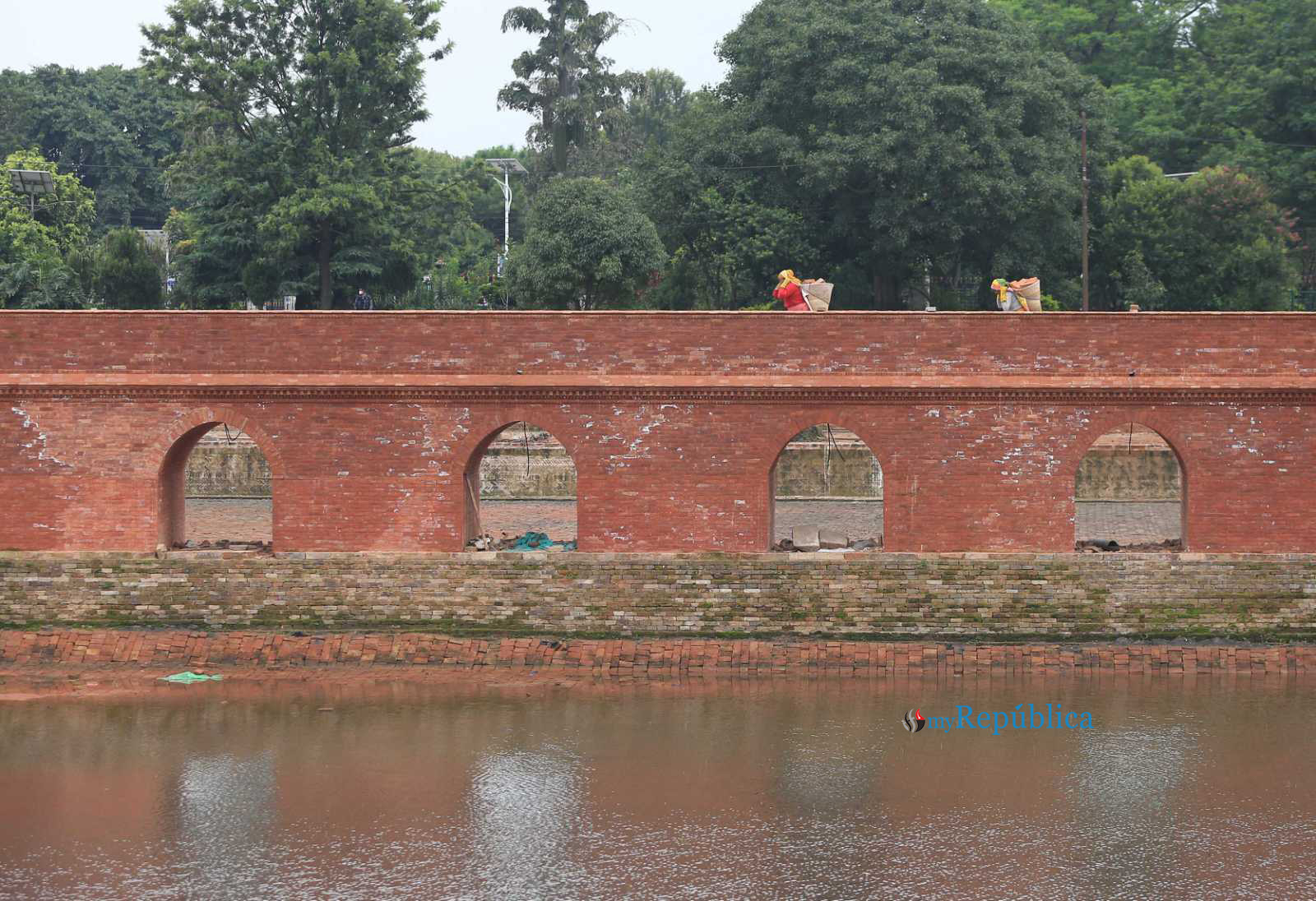 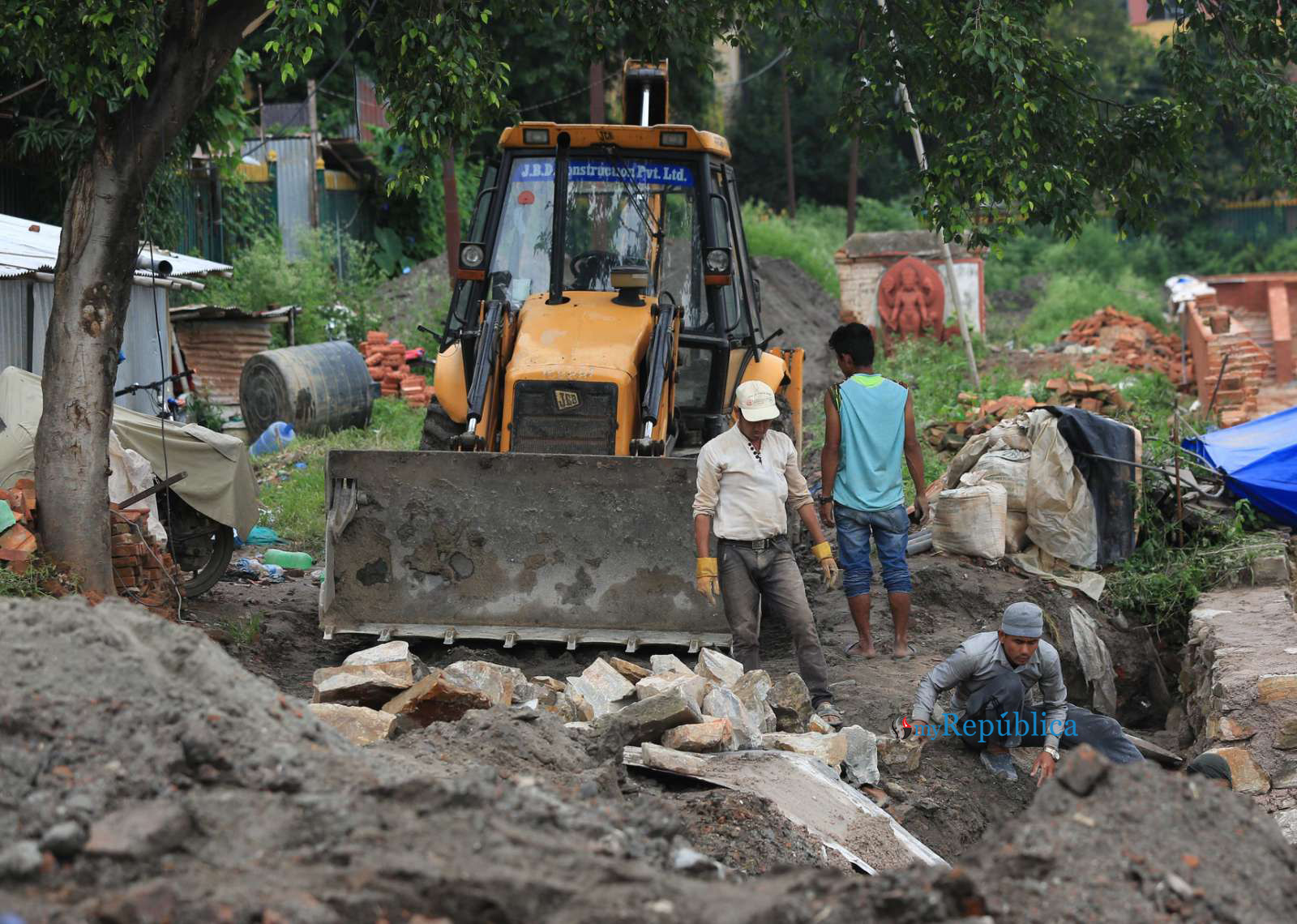 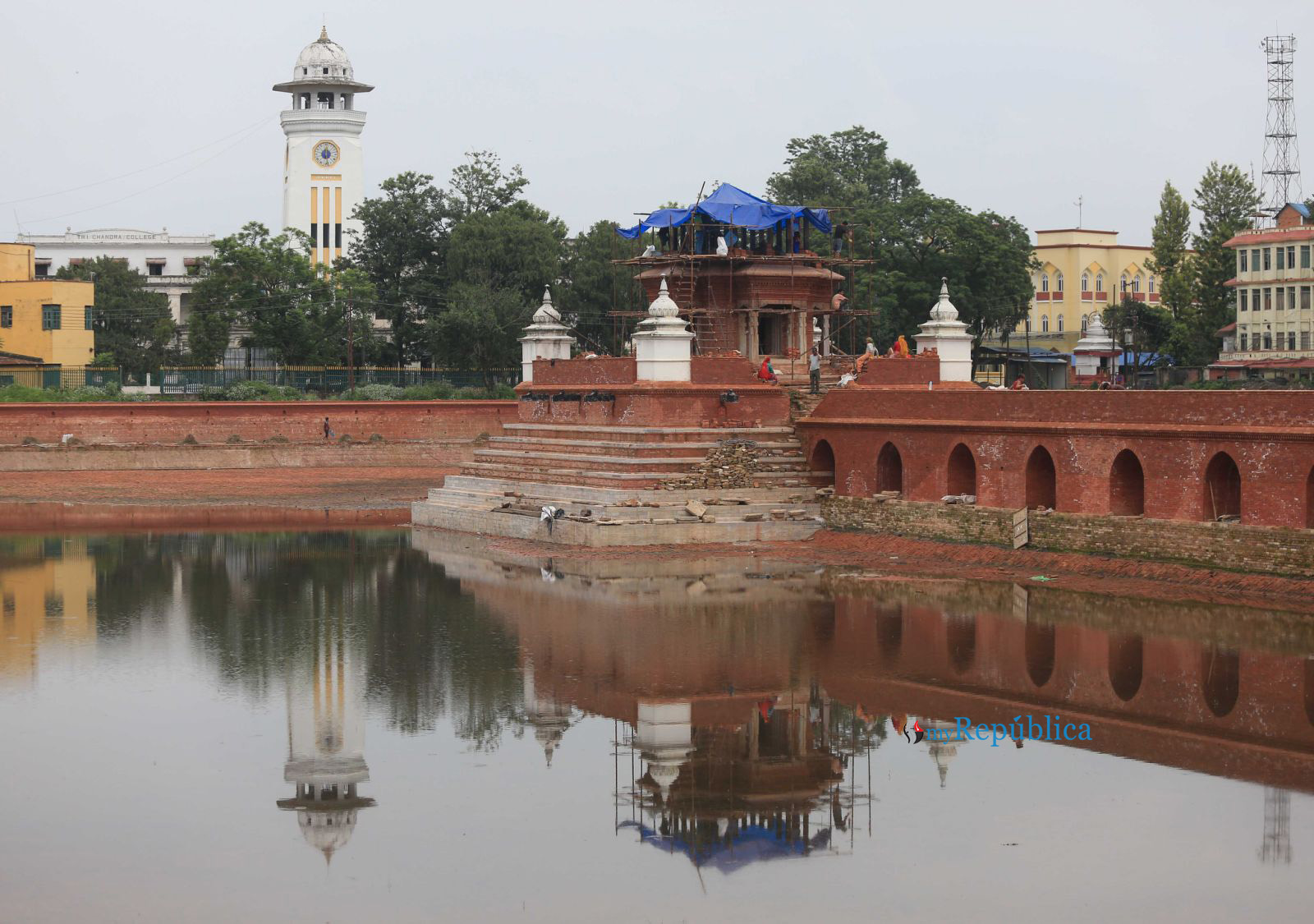 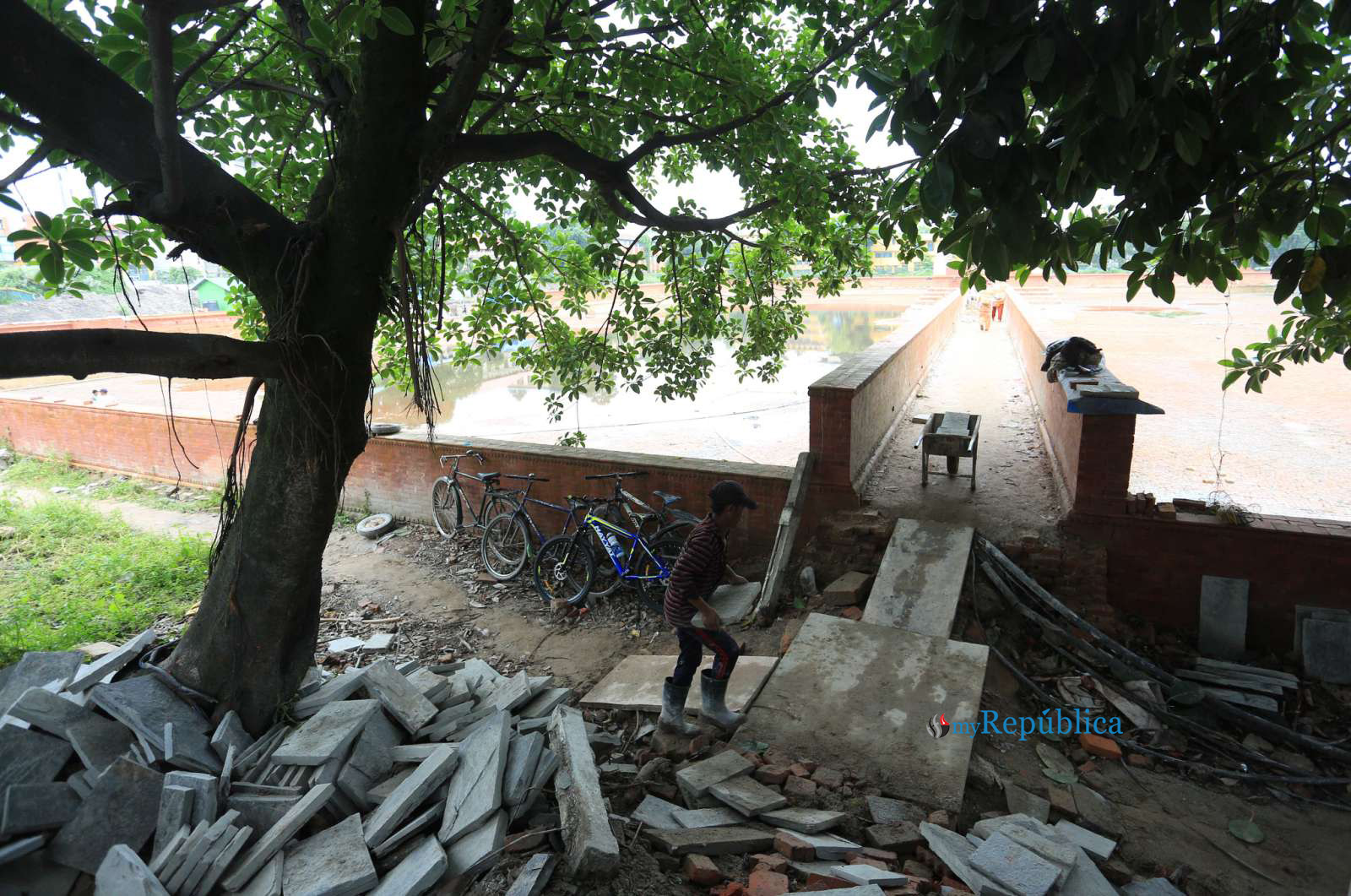 KATHMANDU, March 4: Reconstruction of the Bal Gopaleshwar Temple in the middle of Rani Pokhari, a pond holding historic significance in... Read More...

KATHMANDU, Oct 15: The reconstruction of the historical Rani Pokhari damaged by the earthquake of April, 2015, three years ago,... Read More...