KATHMANDU, June 10: Monsoon is expected to enter Nepal from the east in a few days. The monsoon has already developed in the Bay of Bengal and it is heading towards Nepal, the Department of Hydrology and Meteorology said.

Senior meteorologist Barun Poudel said the occurrence of rainfall has started to increase and heavy rainfall is likely to occur at many places from next week.

"We are presently monitoring the monsoon. The entry of monsoon will be announced in a day or two," Poudel said, adding, "the frequency of rainfall has gradually started to increase, heavy rain might take place at various places next week triggering floods and landslides." He also urged all to take necessary precautions.

According to him, the monsoon has not spread out well as there is still the influence of the Westerly wind.

Meteorologist Ganga Nagarkoti said there is the combined influence of the westerly, the easterly and local winds in the country at present. It is raining in some parts of Bagmati, Gandaki and Lumbini provinces and in some parts of province number 1 due to this. Rainfall occurred in various places of Kathmandu Valley as well.

Normally monsoon enters Nepal on June 10 and exits by September 23 since over the last 10 years. However, the meteorologists say monsoon this year will enter Nepal on June 13 and exit on October 2.

Most places in the country received rainfall on Thursday. The weather is expected to be  generally to completely cloudy throughout the country tonight with chances of light to moderate rain accompanied by thunder and lightning at many places.

On Friday, it will be generally to completely cloudy throughout the country with the likelihood of moderate rainfall along with thunder and lightning at many places.

Here are some photos taken at Baneshwor, Maitighar and Ramshahpath areas in Kathmandu. The photos were taken by Republica photojournalist Dipesh Shrestha. 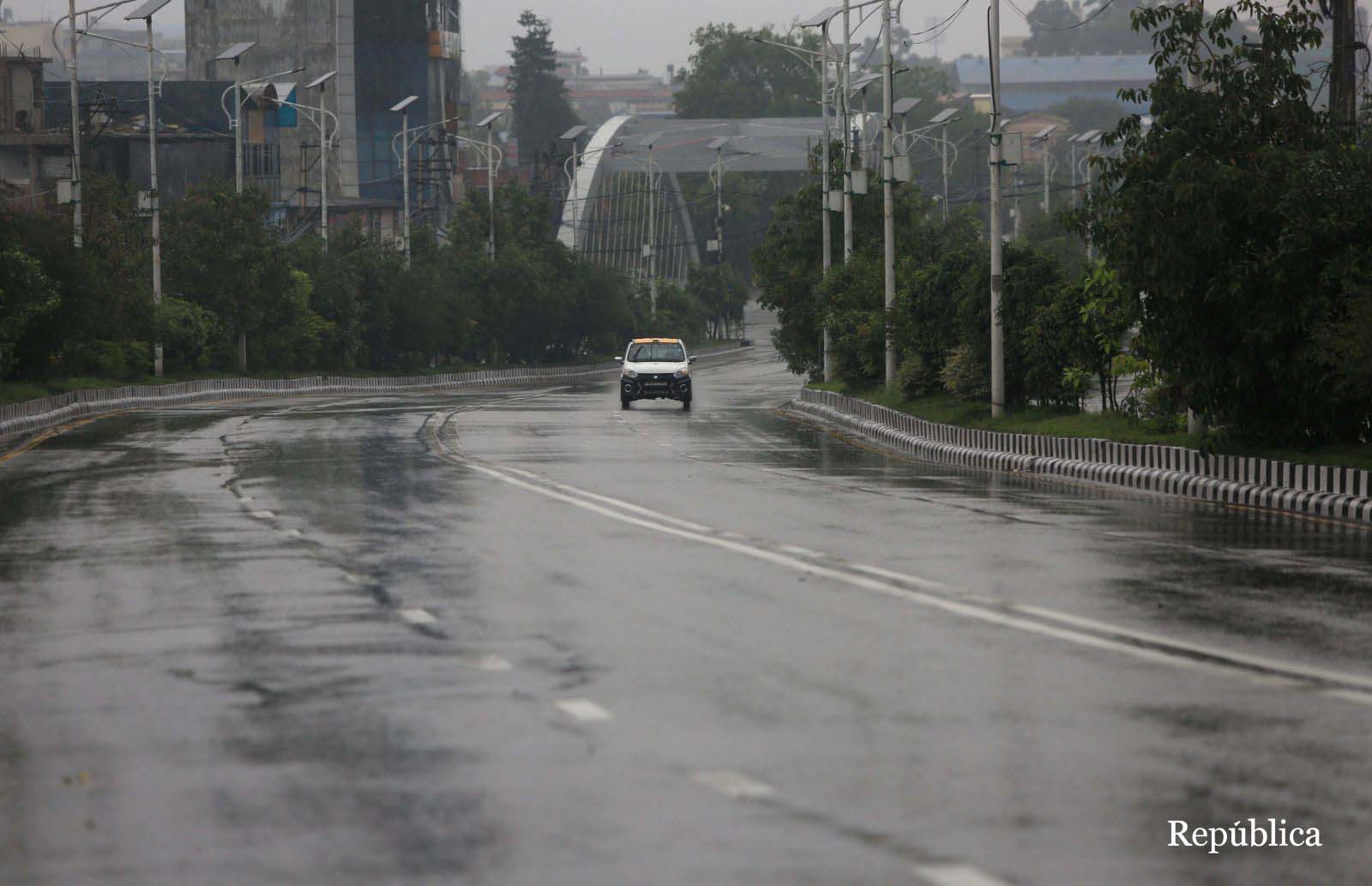 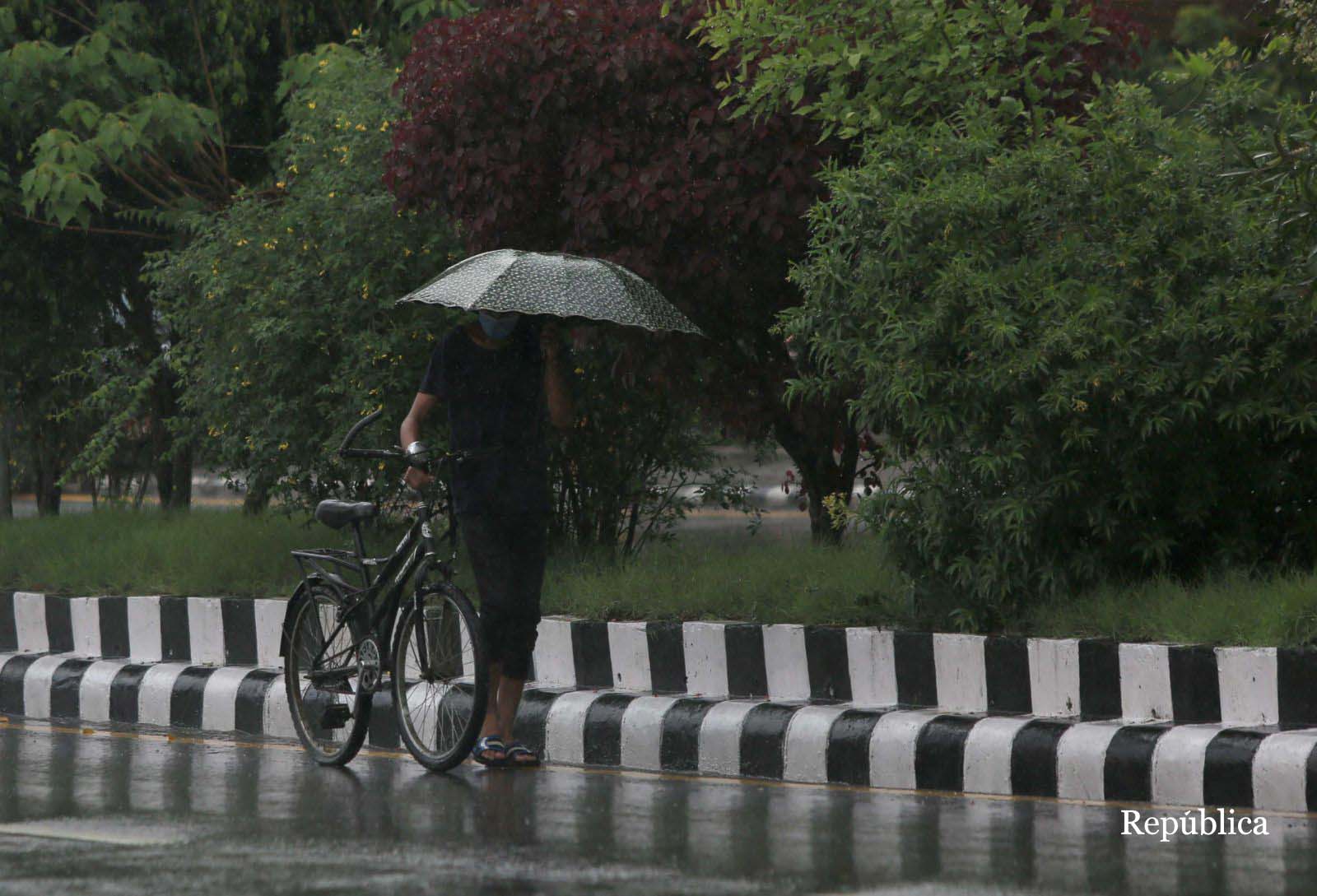 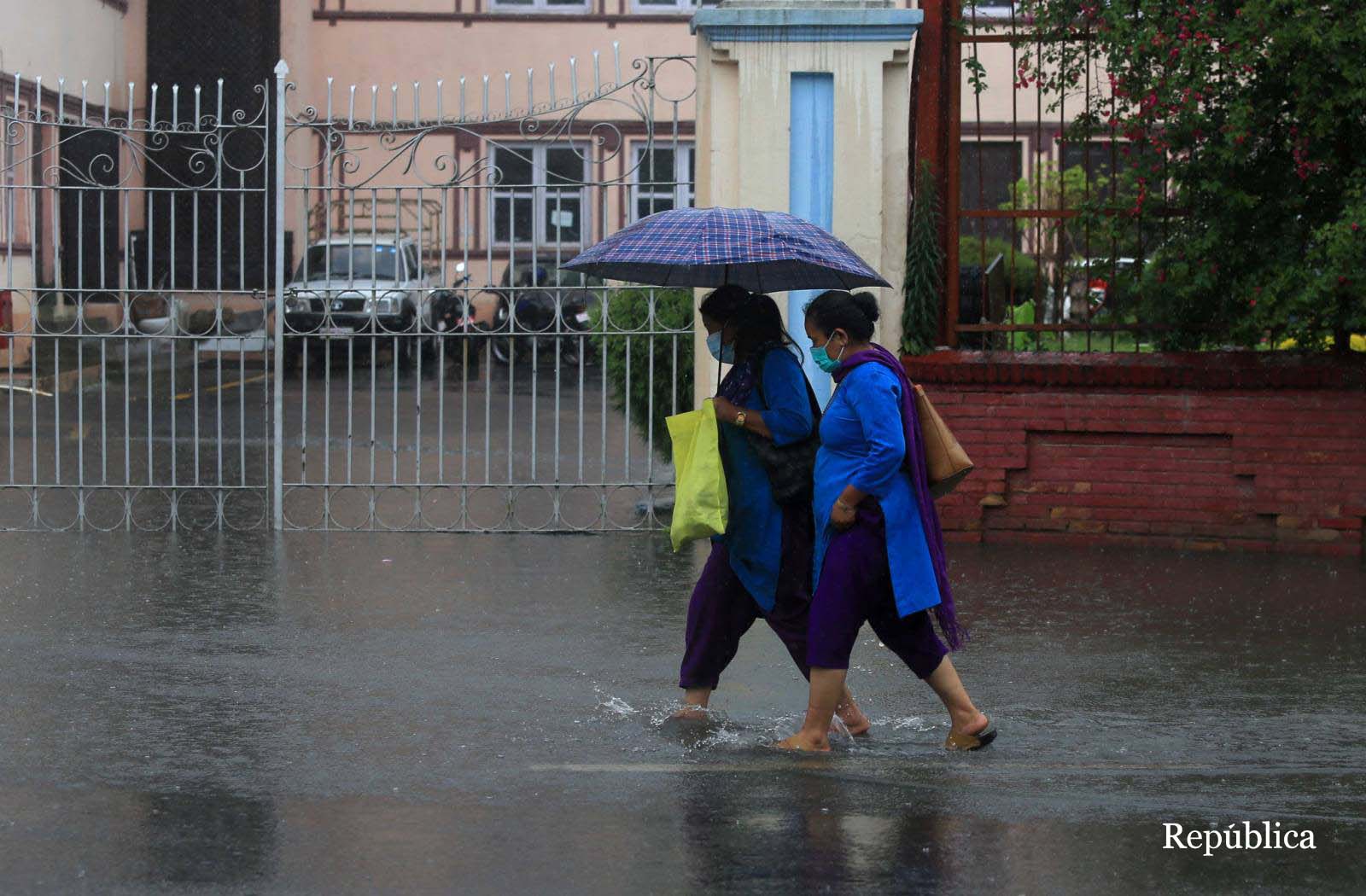 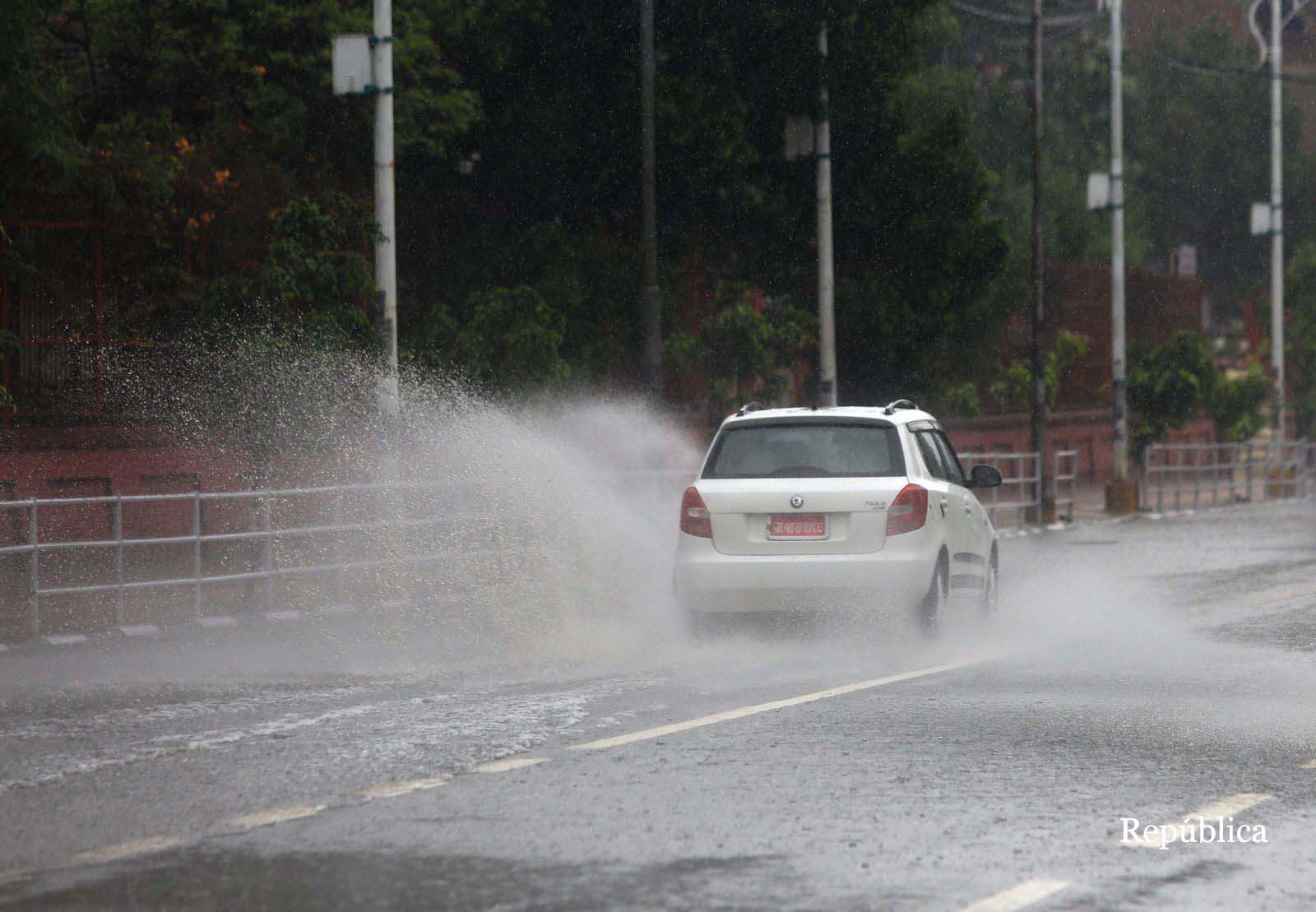 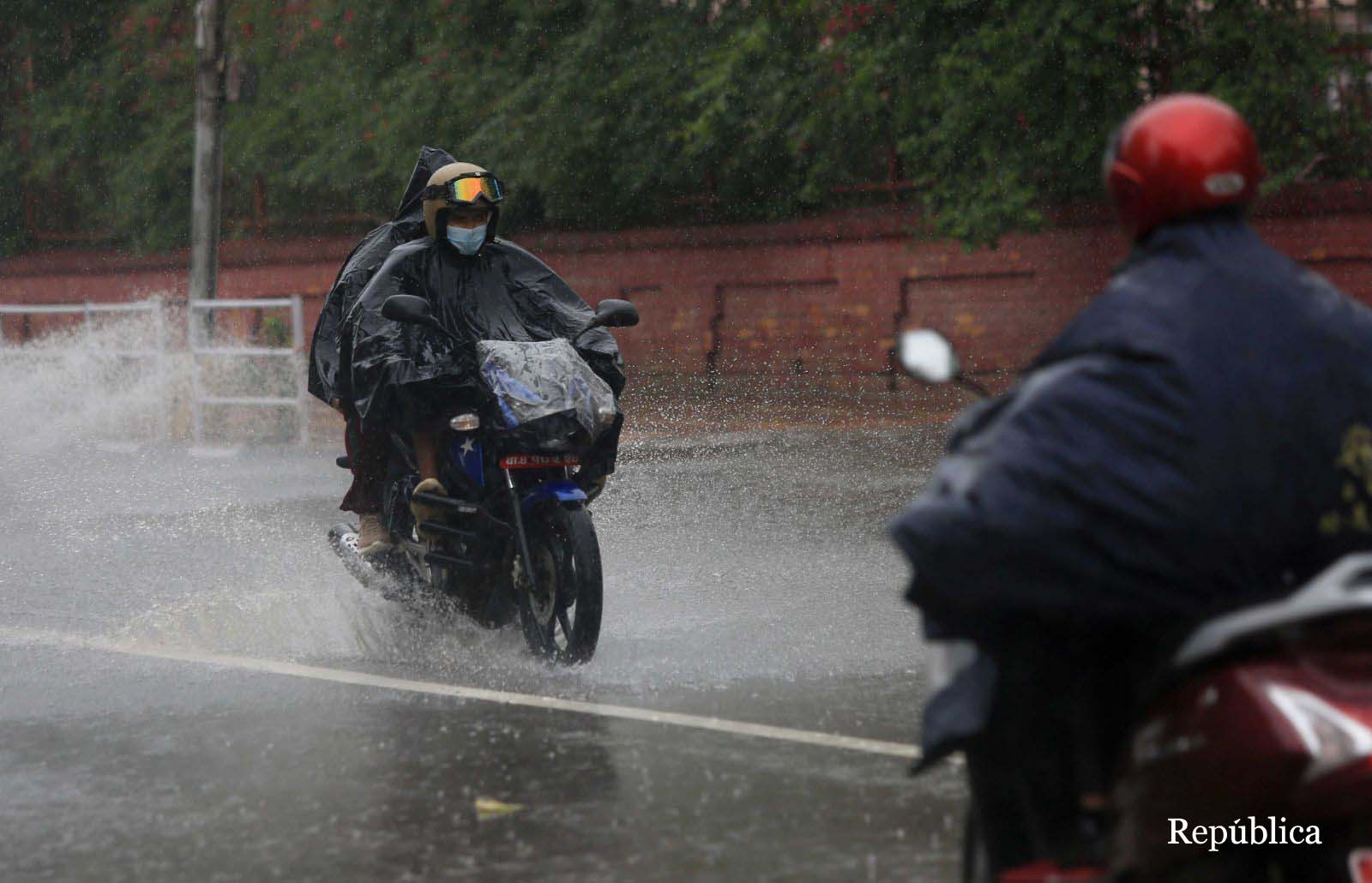 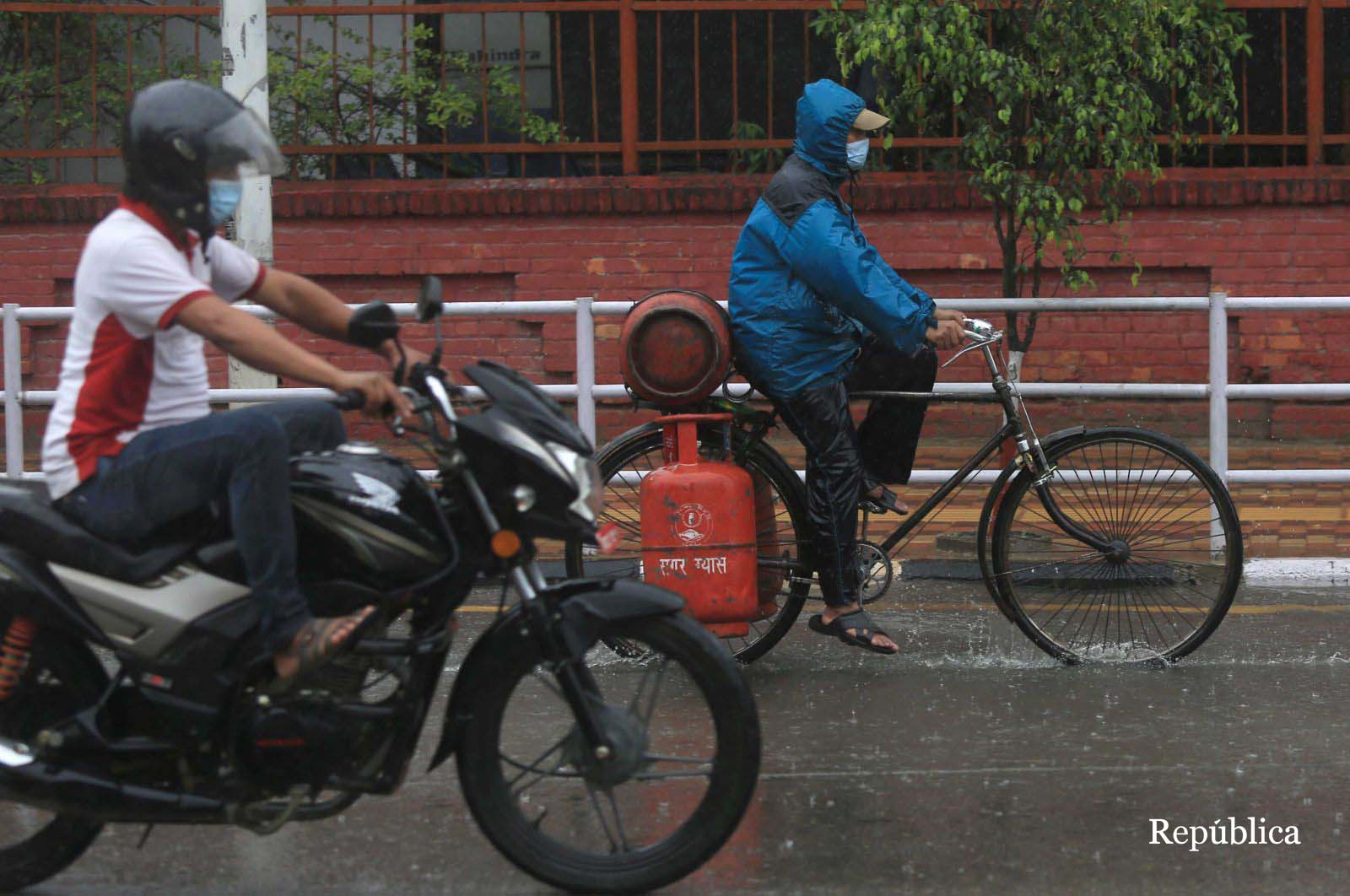 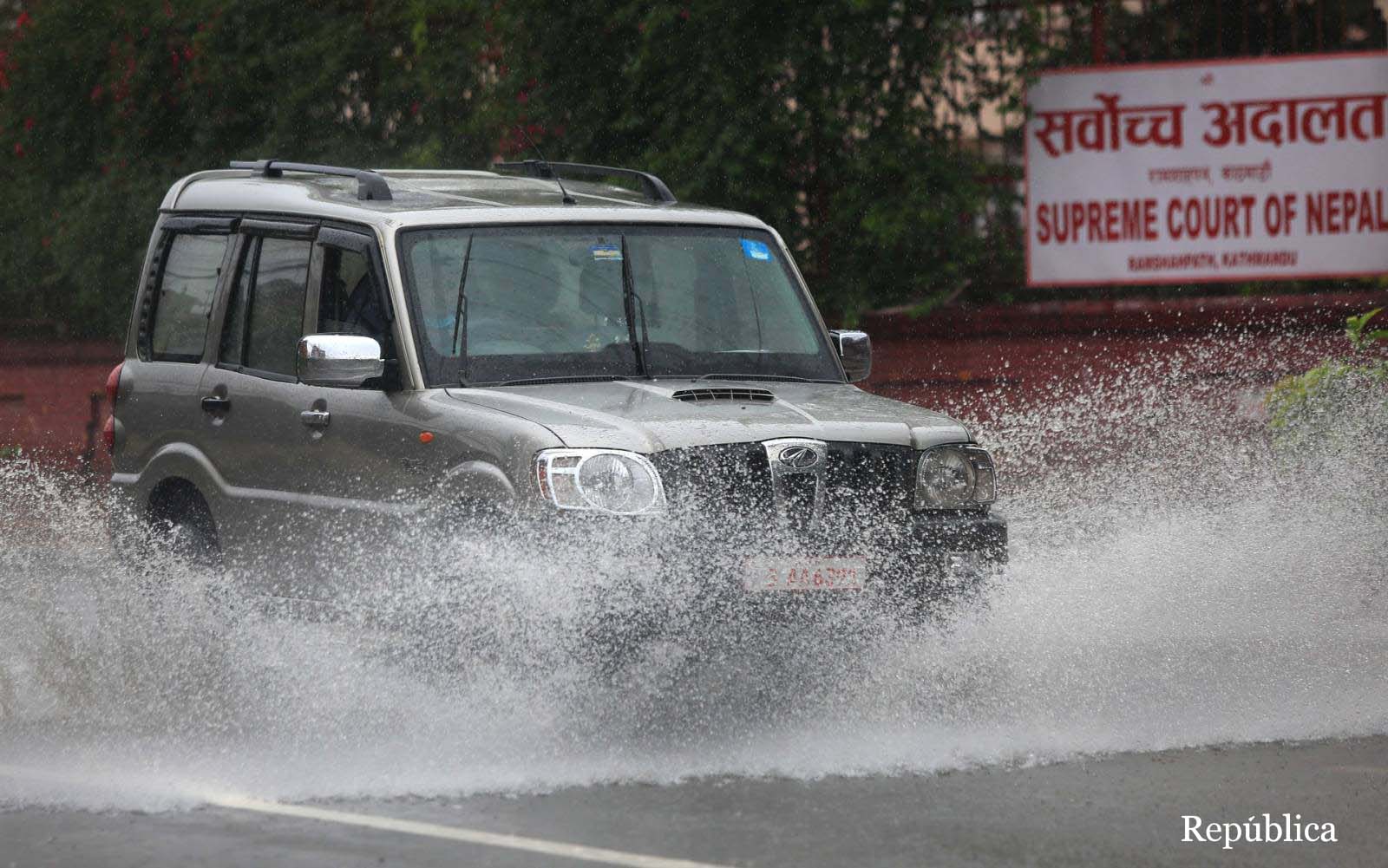 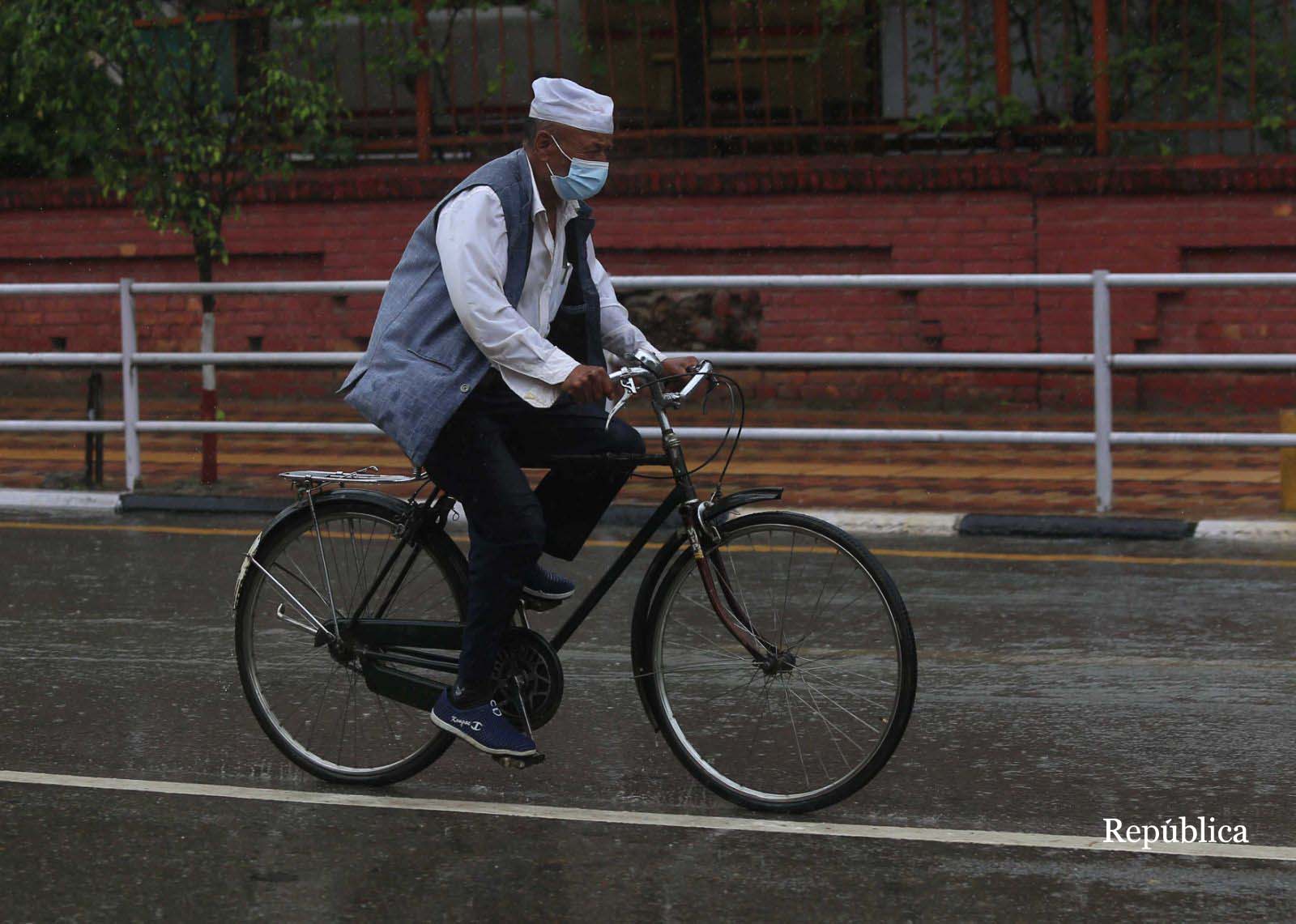 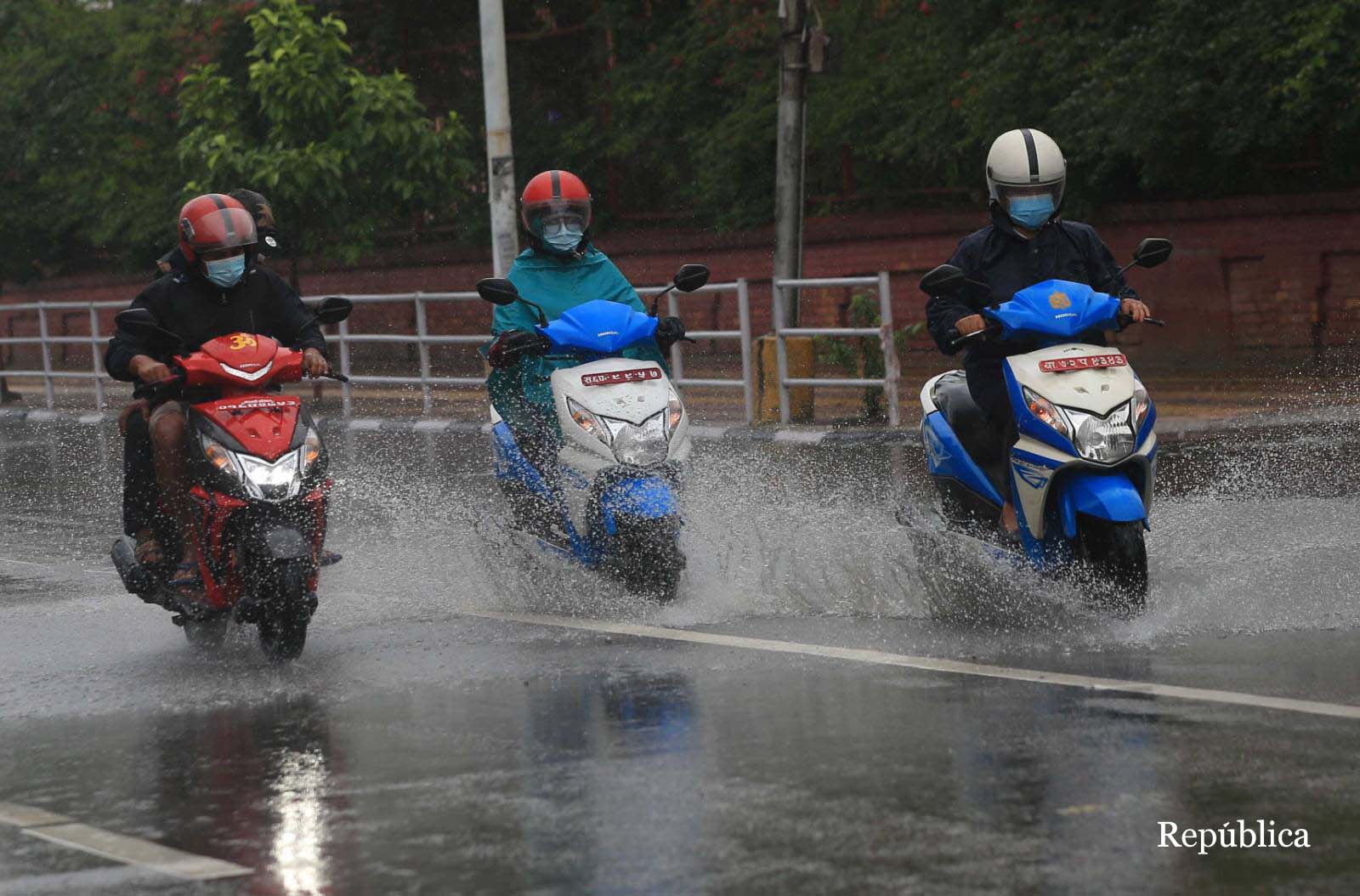 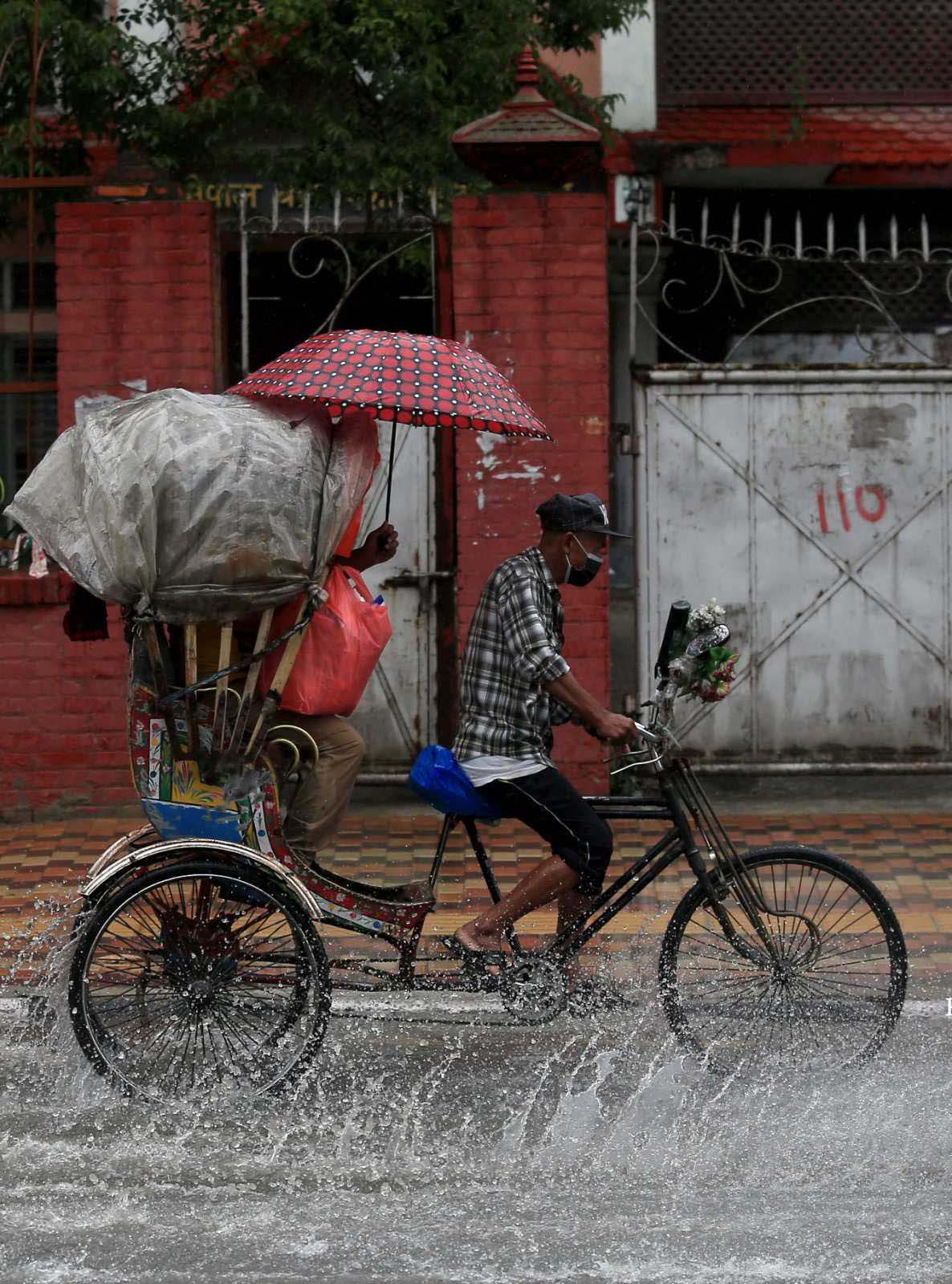 KATHMANDU, Sept 23: After the success of love trilogy 'Summer Love', 'Saaya', and 'Monsoon', Subin Bhattarai is back with his... Read More...

KATHMANDU, July 17: The monsoon trough has fallen below its normal position, thereby resulting to reduced rainfall across the country... Read More...