KATHMANDU, Dec 21: A meeting of the ex-lawmakers close to the dissident faction led by executive chairman of the ruling Nepal Communist Party (NCP), Pushpa Kamal Dahal and senior leader Madhav Kumar Nepal is being held at the federal parliament building in New Baneshwar, Kathmandu.

Senior leaders of the party including Chairman Dahal, senior leaders Nepal and Jhala Nath Khanal and party spokesperson Naryan Kaji Shrestha among others are present at the meeting.

Earlier today, Senior leaders of the party consulted various constitutionalists and legal experts over the possible strategies they could formulate following the dissolution of the House of Representatives (HoR) by Prime Minister KP Sharma Oli.

Meanwhile, the dissident lawmakers of the dissolved HoR who are associated with the NCP reached the Supreme Court demanding the immediate restoration of the HoR. Lawmakers close to Dahal and Nepal including Krishna Bhakta Pokhrel decided to knock at the top court’s door, arguing that PM Oli’s move to dissolve parliament was an unconstitutional and undemocratic one. 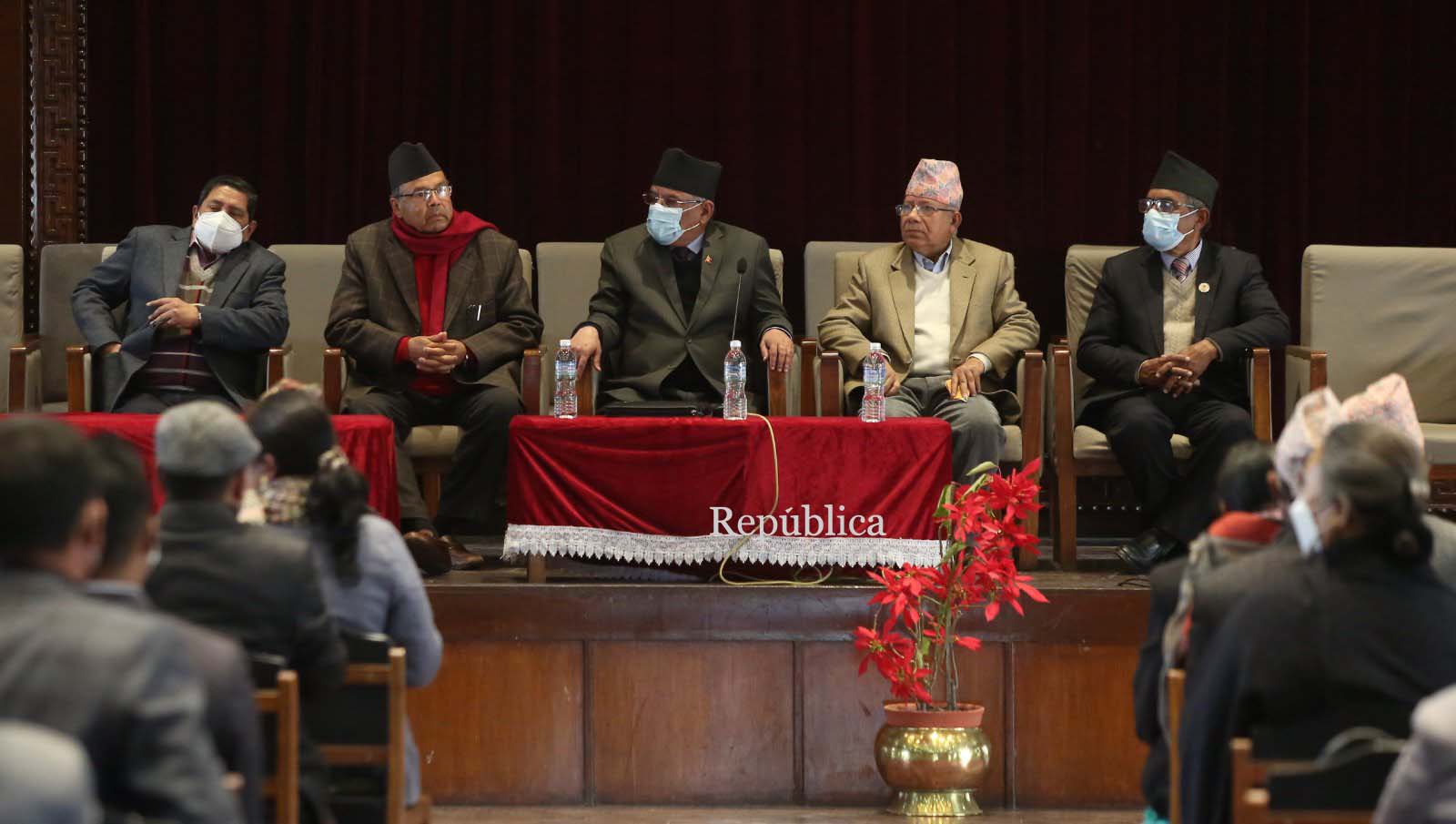 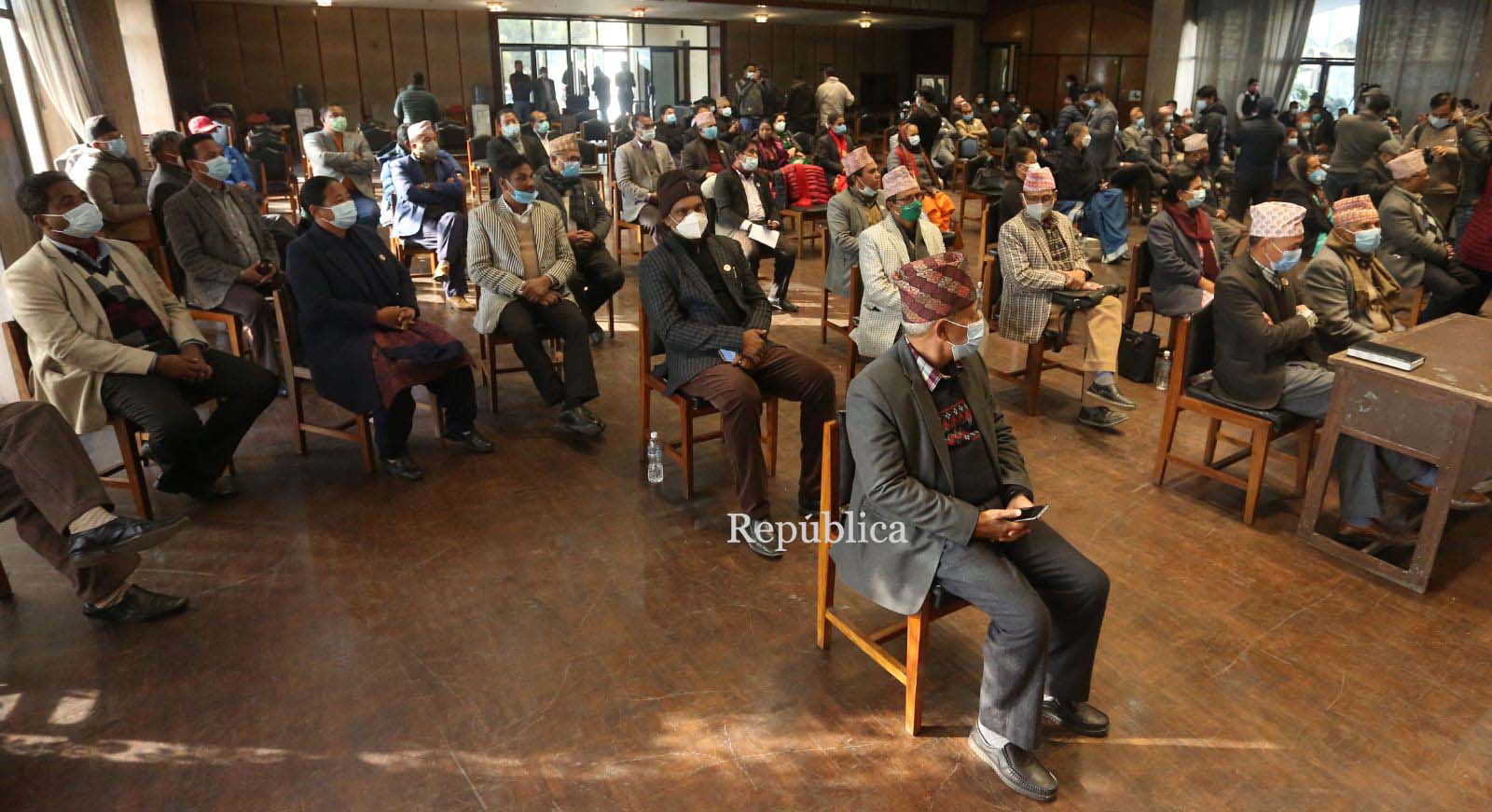 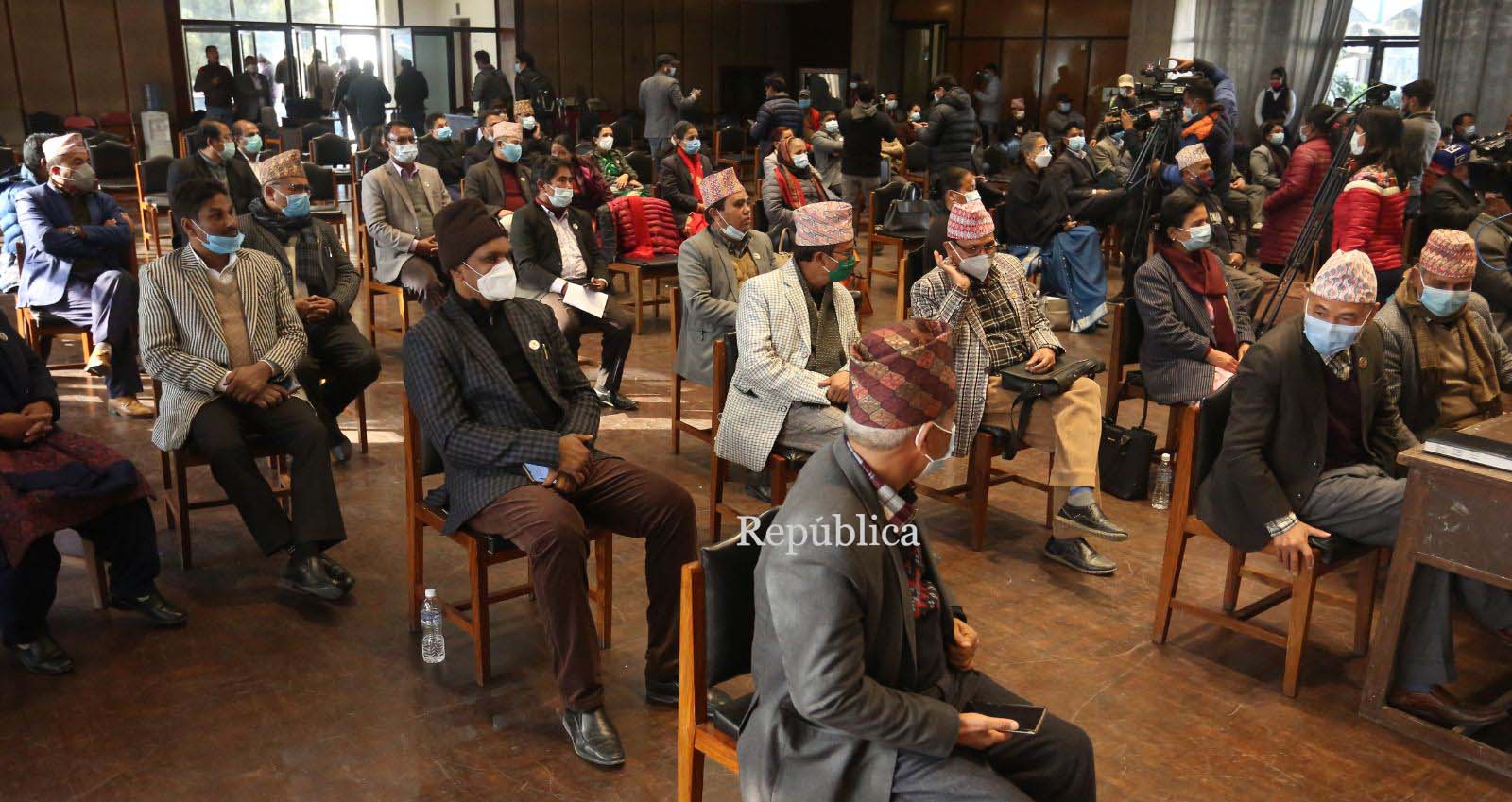 KATHMANDU, Dec 21: Dissident lawmakers of the dissolved House of Representatives (HoR) who are associated with the ruling Nepal Communist... Read More...

Foreign envoys and diplomats taking part in ‘hiking’
4 hours ago