KATHMANDU, June 5: A total of 169 Nepalis including an infant arrived at the Tribhuvan International Airport (TIA), Kathmandu from the United Arab Emirates (UAE) on Friday.

An Air Arabia aircraft that departed from the UAE on Friday brought back the Nepalis who were working and living in the UAE. “168 adults and an infant were onboard the flight that landed at the TIA at 5:25 PM,” said Debendra KC, general manager at TIA. “The aircraft departed from the TIA at 7:00 PM with 5,518 kilograms of cargo.”

According to KC, the passengers will be taken to a holding area prepared by the government and later will be shifted to the provincial quarantines. Similarly, two military aircraft from Myanmar brought 26 Nepalis to Nepal and left with 43 passengers and some cargo earlier today.

A total of 195 Nepalis returned home from airways on Friday after the government decided to bring back Nepalis from abroad. Those who have lost their jobs, those who have been asked to stay on long unpaid leave, whose contracts and visas are past the expiry date, and those who are having a difficult time due to COVID-19 will be prioritized in the first phase of evacuation from abroad. Despite the government’s decision, the flights on Friday were not sponsored by the Nepali government.

26 other Nepali nationals were also brought home from Myanmar earlier on Friday morning. 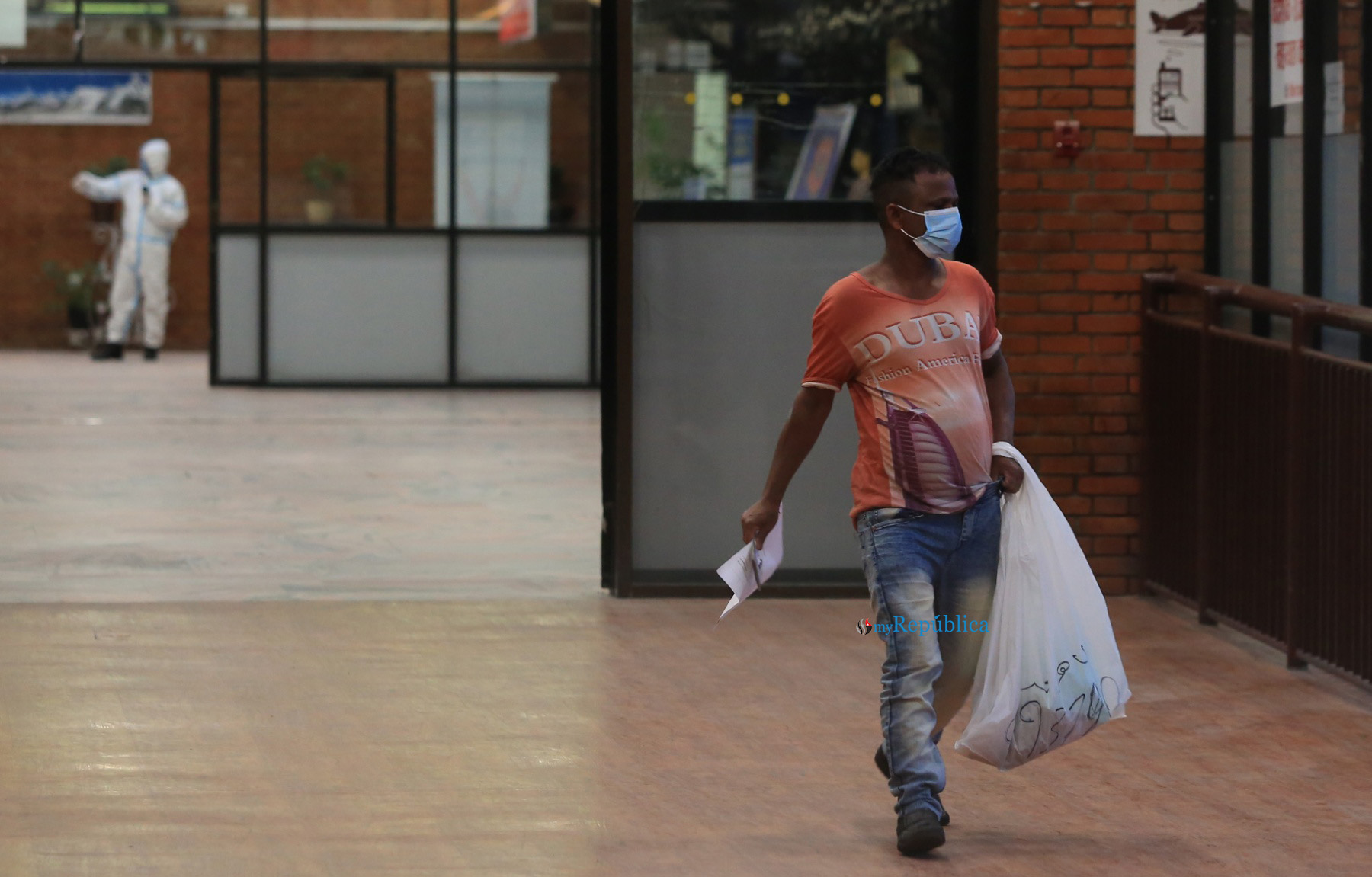 KATHMANDU, June 26: A total of 1,003 Nepalis were brought back home from four different countries on Friday. ... Read More...

KATHMANDU, April 16: The Amnesty International has said the authorities in Qatar rounded up and expelled dozens of Nepali migrant... Read More...