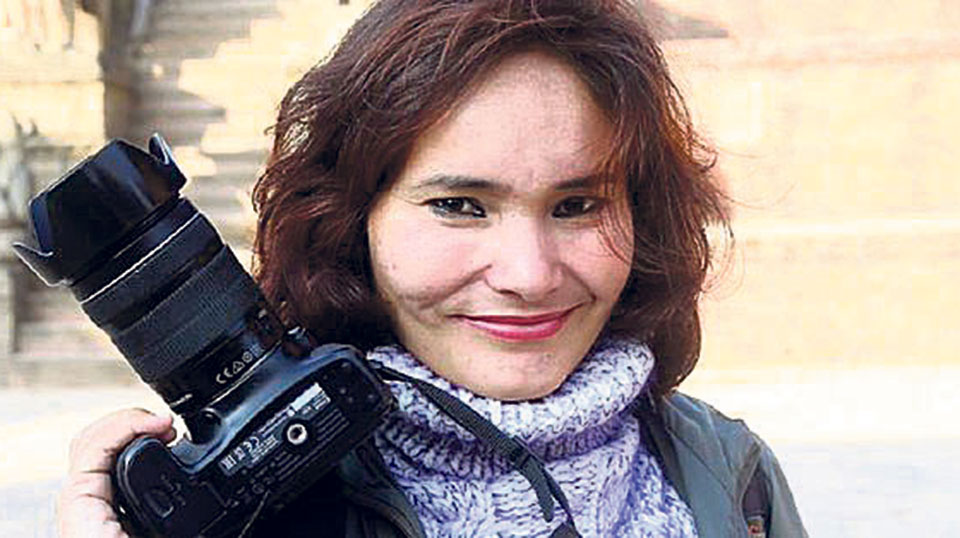 KATHMANDU, Dec 14: Police on Thursday detained Barsha Shah, a photojournalist, from outside the President’s Office at Shital Niwas while she was taking photos. Shah was detained at a police station for three hours before she was released.

Shah, who works for deshsanchar.com, a news website, was arrested even after she introduced herself as a photojournalist and showed the police her press card. A group of youths had gathered outside the President’s Office to “gift” President Bidya Bhandari a toy car as a “symbolic protest” against the government plan to buy a new expensive presidential fleet for her.

President Bhandari has been widely criticized for her “greed” for a luxurious car. The government has decided to allocate Rs 180 million for the presidential fleet. A group of youths has been collecting donations “to buy a car for Madam President” as a form of symbolic protest against the decision to dole out millions of rupees for luxurious cars.

“We took some people into control as the area outside the President’s Office is a prohibited area,” said SSP Basanta Lama, “We have not even deleted the photos she captured.”

DORTMUND, April 14: German federal prosecutors said Thursday that they had cleared the sole suspect in custody for the bomb attack... Read More...