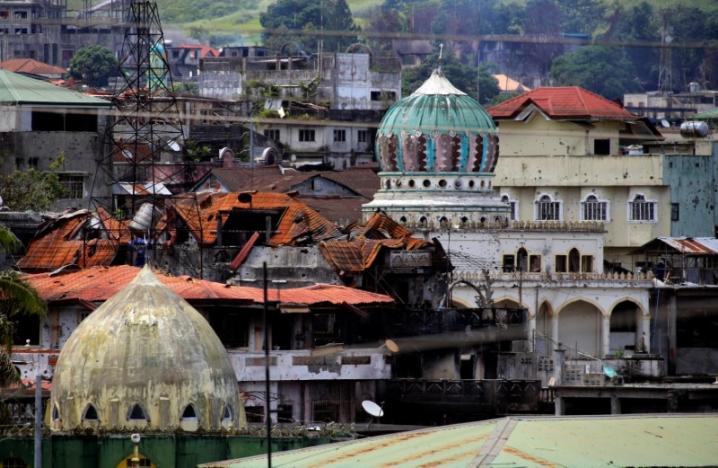 PHILIPPINES, June 22: Islamist militants holed up in a southern Philippines town have been cornered and their firepower is flagging, the military said on Thursday, as the five-week battle for control of Marawi City raged on.

Despite signs that the insurgents are now on the back foot, Southeast Asian governments are worried that the siege could be just the prelude to further violence as the ultra-radical Islamic State group tries to establish a foothold in their region.

Jolted by the May 23 attack on Marawi, Indonesia, Malaysia and the Philippines have launched joint patrols to control the movement of militants across their archipelagic region and their foreign ministers gathered in Manila on Thursday for talks.

Malaysia is worried that militants who are flushed out of Marawi City by the fighting may try to cross from the Philippines to its eastern state of Sabah.

It said Esscom had drawn up a "wanted" list that included two militants who spearheaded the attempt to capture Marawi.

They are Abu Sayyaf group leader Isnilon Hapilon, who was proclaimed by Islamic State last year as its "emir" of Southeast Asia, and Abdullah Maute, whose followers accounted for a large number of the estimated 400-500 fighters who overran part of the town, killing Christians and taking dozens of civilians hostage.

The fighting in Marawi broke out on May 23.

Military spokesman Lieutenant Colonel Jo-Ar Herrera said on Thursday the number of militants holding out in Marawi had dwindled to "a little over 100".

Tampus told reporters that the militants were still using snipers who were firing from "strategic nests" in schools and mosques, and homemade bombs were hampering the progress of Philippine troops as they advanced house by house.

He said he had seen at least five civilians dressed in black who appeared to have been forced to stand in the street as human shields.

According to official estimates late on Wednesday, 369 people have been killed during the month of hostilities, three-quarters of them militants. The number of security forces and civilians killed stood at 67 and 26, respectively.

Lieutenant Colonel Christopher Tampus said: "Their area has been reduced to 1 km square only." Tampus' troops are blocking escape routes across bridges spanning a river to the west of the militants.

"Our forces are coming from the east and the north and we are blocking the three bridges," he said.

MARAWI CITY, PHILIPPINES, June 3: At the beginning of the battle that has raged for the past 12 days in Marawi... Read More...

MARAWI(PHILIPPINES), June 1: Foreign fighters including Chechens and Arabs are among Muslim militants who were killed in weeklong fighting in a... Read More...

A mysterious “globster” has washed ashore in the Philippines, prompting speculation that it is the carcass of a creature “from the... Read More...