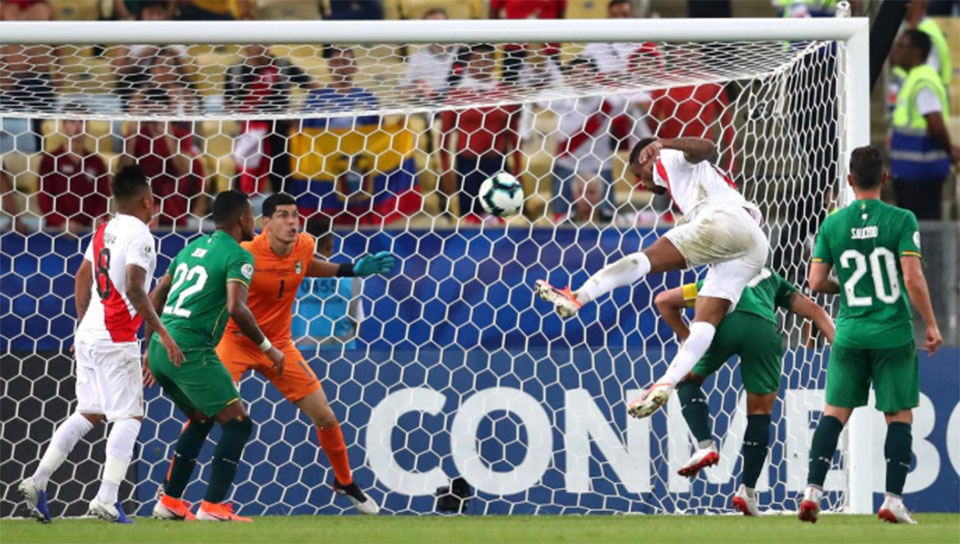 RIO DE JANEIRO, June 19: Bolivia scored their first goal in five games but it was not enough to give them their first Copa America point as Peru came from behind to win 3-1 in their Group A game in Rio de Janeiro on Tuesday.

Bolivia, who last won Copa America in 1963, had not scored since drawing 2-2 with Nicaragua in March but they took the lead after 28 minutes when Marcelo Moreno scored a VAR-assisted penalty.

Paolo Guerrero equalised for Peru on the stroke of half time when he rounded the keeper and slotted the ball into the empty net and the big Internacional striker turned provider 10 minutes into the second half when he crossed for Jefferson Farfan to nod home and put Peru ahead.

Peru were the superior team in the second half and could have scored more but for a series of excellent saves by Bolivian goalkeeper Carlos Lampe.

However it was not until the fifth minute of stoppage time that substitute Edison Flores got their third when he finished off a counter attack.

Host nation Brazil, who play Venezuela later on Tuesday, have three points, and Venezuela have one.