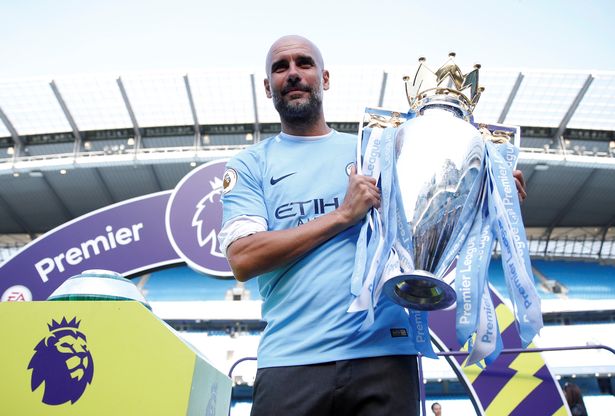 Pep has been credited with improving the quality of the World Cup (Image: REUTERS)

Pep Guardiola has been officially credited with making the 2018 World Cup a thriller.

After guiding Manchester City to a record-breaking Premier League title win, the Catalan's possession-based style made its mark on the biggest stage of all, according to FIFA's technical study group.

Former Scotland boss Andy Roxburgh, who is one of a number of prominent ex-coaches who make up the group, said: “Clearly Pep Guardiola has had an impact on a lot of players and people and coaches.”

Roxburgh explained the 'Pep Effect' as “having a high-level possession game - but not for the sake of it - very much in a penetrating style.”

England boss Gareth Southgate picked Guardiola's brains after the FA decided to introduce a new philosophy at all levels of the national game.

Southgate implemented a three-man defence for the tournament in a bid to build from the back as the Three Lions reached the semi-finals for the first time in 28 years before falling to Croatia in extra-time on Wednesday night.

Roxburgh added: “What impressed me most (was) tactical flexibility.

“In the past you might have rigid structures but now there was flexibility from game to game and within the games.”

England have scored nine goals from set-pieces during the tournament – breaking a World Cup record that Portugal set in 1966 – and still have to face Belgium in a play-off for third place on Saturday.

Roxburgh added: “This shows the incredible attention to detail which has gone into set plays. The coaches have to be complimented.”