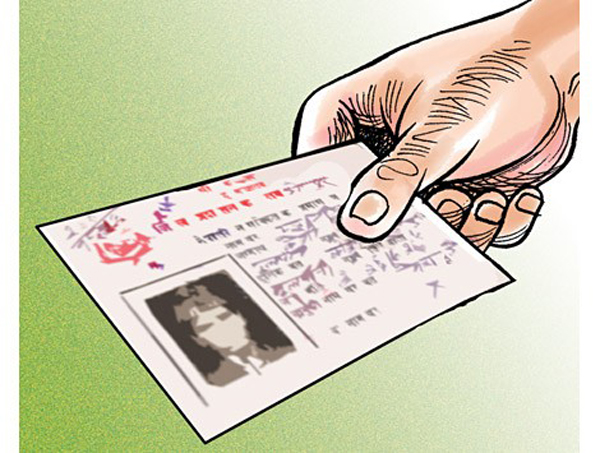 His father Devendra Sah had obtained citizenship by birth. Due to lack of clear government policy Gaurav was deprived of citizenship even after he became eligible for the vital government document.

Gaurav, however, was successful to obtain the citizenship card after the Ministry of Home Affairs resolved legal complications, issuing a circular to all District Administration Offices mandating them to provide citizenship cards to the children of those born to citizens by birth.

Two days after the ministry issued the circular Gaurav approached Lahan Area Administration Office, producing all required documents but the concerned officer had gone on vacation that day.
He approached the office a second time after five days. His second effort also went futile as the Supreme Court had already ordered local administration offices not to implement the ministry’s circular.

Gaurav continued to wait, hoping the decision to halt issuance of citizenship would be revoked. On Tuesday, the court ended his wait, ordering the local authorities not to halt providing citizenship to those born to parents holding citizenship by birth.

A day after the order he obtained his citizenship and shared happiness together with his friends.
Gaurav is just one among many benefiting from the recent government decision to provide citizenship cards to the children of those who obtained citizenship by birth.

Many locals in tarai have been celebrating after the apex court upheld the ministry’s circular ordered to issue citizenship by descent.

A division bench of Justice Hari Krishna Karki and Bam Bahadur Shrestha had decided to do so after advocate Balkrishna Neupane challenged the ministry’s decision.

KATHMANDU, May 8: The Supreme Court on Tuesday issued a stay order to suspend the issuing of citizenship by descent to... Read More...

House committee for citizenship through mother and no father's status

KATHMANDU, March 6: Lawmakers at a meeting of the State Affairs Committee of parliament have agreed to include a provision in... Read More...