KATHMANDU, Dec 15: Members of Parliament and representatives from Civil Society Organizations and media have highlighted the need to engage citizens in law-making process and governance systems so as to leverage open parliament and open government practices.

At a federal dialogue on 'Open Parliament, Open Government: Concepts and Practices' organized by Freedom Forum with support from Parliament Support Project/UNDP at Lalitpur today, the members of federal and provincial parliament also underscored that the more citizens understand the legislative and governance process the more benefits it would reap for the state and its institutions.

As a panelist in the open parliament session, Raj Bahadur Shahi Speaker, Karnali State Assembly, shared they have respected media access to assembly deliberations, citizens' right to information, freedom of expression, constant dialogue with the citizens using all platforms including ICT mechanisms as a candid testimony to their commitments and actions for leveraging open parliament practices. "We have allowed media to monitor our activities; social media is massively used to disseminate parliamentary information and video conferencing is also in operation. Adequate space to opposition party in deliberations and live cast of the parliamentary proceedings reflect our improved practices".

Likewise, Krishna Prasad Dahal, President, Finance Committee, House of the Representatives, said parliament was the key mechanism to advocate the cause of openness and people's participation for enhancing quality deliberations and expanding citizens trust on its functioning.

"Our federal parliament is open with easy access for journalists to parliamentary records and proceedings as well as availability and accessibility of information through websites and live cast", he added.

Krishna Chandra Nepali, parliamentary party leader, Nepali Congress, Gandaki State, said the ruling and opposition parties are working together to champion the cause of good governance and integrity in state assembly and check anomalies in governance despite ideological differences.

Nanda Bam, President, Public Accounts Committee, Sudurpaschim State, however, painted a bleak picture of parliamentary and governance practices with no access to critical information. "Open parliament practices could not take stride unless decisions and actions of the state assembly are accessible the citizens and media".

"However, the parliament has to improve its process as to how the citizens concerns could be best reflected in the processes of enacting bills", he added.

Parliamentary journalist Tanka Pant has called for parliamentary bureaucracy to transform their mindsets and functioning to best align political change in country. "Media entrance should be made more open and easy. There should be spaces for interface between legislators and media so that they can interact more and complement each other roles".

Parshuram Meghi Gurung, President, Legislation Committee, National Assembly said social transformation is caused through the process of law making and law breaking. "There should be quality participation of citizens and transparency in the law-making process for quality law. Importantly, there should be the provision to assess and audit the objectives of laws in terms of their implementation status as it is instrumental in promoting rule of law and effectiveness of law.", he asserted.

Such practice should be made mandatory in laws to be formulated by the federal and provincial parliaments, Gurung highlighted.

Ramesh Poudel, parliamentary party leader, Bibekshel Nepal Dal, Province-3, insisted the government to promote disclosure of its decisions in a comprehensive and timely manner so that citizens can keep eyes on its functioning.

Bimala Sharma, province-5 assembly member said a democratic government could not attain its goals without allowing citizens participation in governance process and the parliament should proactively act to check irregularities on part of the executive.

"The federal dialogue was organized on the emerging themes of open government and open parliament after holding multi-stakeholder dialogue at all provinces. The objective is to contribute to improve our practices in parliamentary and governance openness", said Taranath Dahal, Executive Chief of Freedom Forum.

As many as 90 participants representing federal and provincial parliament, representatives from CSOs and media took part in the sessions.

Government employees urged to enroll their children in public schools

Street children 'terrorize' tourists as they beg
6 hours ago

First case of coronavirus confirmed in Nepal : MoHP
21 hours ago

Teaching with rubrics
7 hours ago

Homestay not attracted by subsidy
4 hours ago 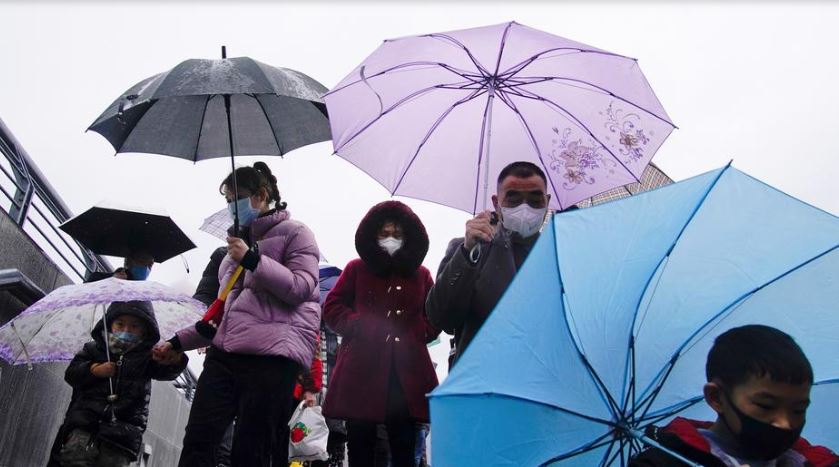