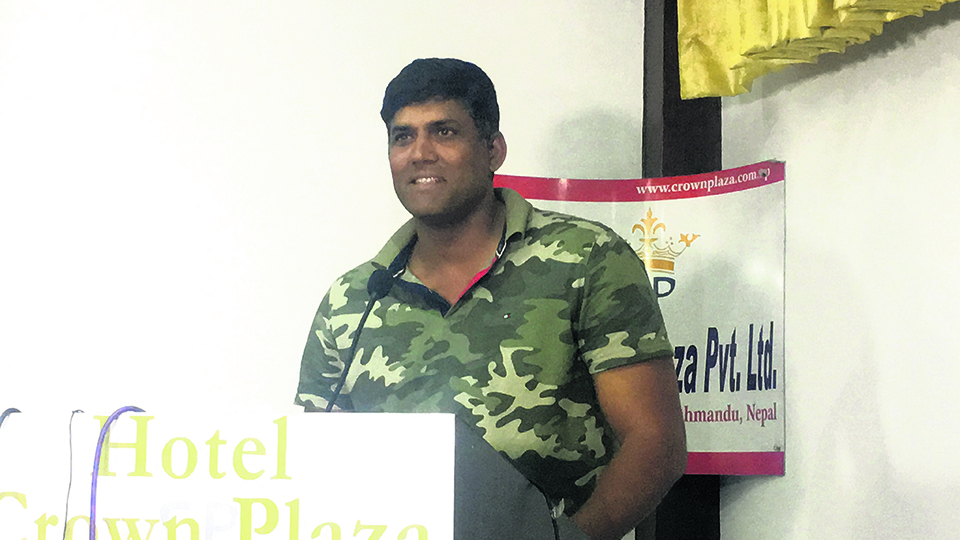 Member-Secretary of NSC Keshav Kumar Bista however didn’t appear at the program citing busy schedule and the signing ceremony was left unattended.
The 46-year-old Patwal said that the Nepali players’ passion for hard-working was one of the major reasons that made him accept the new role.

“I have worked with Nepali players in the past. They are very hard-working and disciplined which made me fall in love with this team,” he explained the reason of his attraction to the Nepali team.

He looks forward to helping Nepal reach the ICC T20 World Cup to be held in Australia in 2020. “My target is to take Nepal to next level. Reaching the upcoming T20 World Cup will be our main goal.”

The International Cricket Council (ICC) has approved the hiring of the 46-year-old former Afghanistan coach as Nepal’s new head coach in the absence of Cricket Association of Nepal (CAN) replacing Jagat Tamata, who played the role since the departure of long-term coach Pubudu Dassanayake in 2015.

The national cricket team captain Paras Khadka said he is encouraged by the new appointment. “It has been a long time Nepal cricket has suffered mismanagement at administrative level. We hope the appointment of new coach will drive us positively in new direction,” said Khadka.

This will be Patwal’s third stint as a coach for Nepal. Previously, Patwal worked as batting coach for ICC World Cup qualifiers which was held in Zimbabwe last year as Nepal gained the ODI status during the campaign whereas he had returned to coach Nepali players in ODI and T20I series wins against the United Arab Emirates earlier this year.

Similarly, he also worked as tournament director in Pokhara Premier League’s inaugural season and as a head coach for Biratnagar Warriors in Everest Premier League last year.
Patwal formerly worked as batting coach for Afghanistan during the World T20 in Bangladesh and Asia Cup in 2014.

DELHI, June 21: Anil Kumble rejected an offer to continue as India cricket coach and stepped down on Tuesday after... Read More...