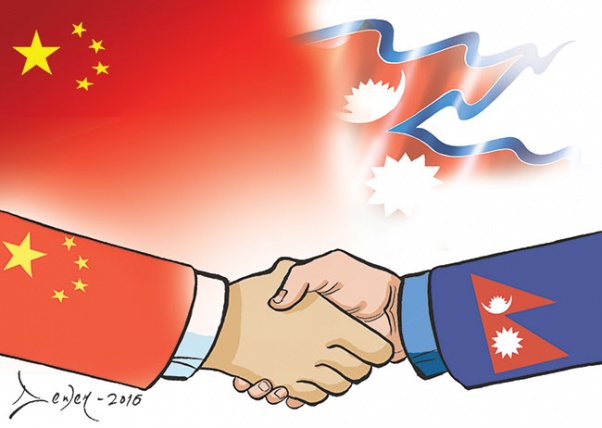 Addressing a function organized by the Nepal Embassy in Beijing to mark the 2561st Buddha Jayanti on Wednesday, Ambassador Paudyal said that participation of a high-level delegation from Nepal in the upcoming Belt and Road Forum for International Cooperation (BRF) will further deepen not only economic but also cultural cooperation between the two neighbors.

“Nepal is participating with a high-level delegation in the Belt and Road summit to be held in Beijing as proposed by Chinese President Xi Jinping. Our participation is going to achieve a new momentum to Nepal and China bilateral relations,” he said.

Ambassador Paudyal also said that the Belt and Road Forum will also play a crucial role in promoting cultural cooperation among the countries.

The BRF is going to be held in Beijing on May 14 and 15 with the theme “Strengthening International Cooperation and Co-building the 'Belt and Road' for Win-win Development”.

A high-level delegation led by Deputy Prime Minister and Finance Minister Krishna Bahadur Mahara is arriving in China on May 12 to participate in the first international conference on OBOR. The delegation will include Minister for Physical Planning and Transport Management Ramesh Lekhak and Information and Communications Minister Surendra Karki.

According to Nepal Embassy officials here in Beijing, the delegation is also likely to sign two agreements for establishing cross border economic zone and energy cooperation.

As many as 28 heads of state and government and high-level representatives of 50 world organizations have already confirmed their participation in the conference.

KATHMANDU, Oct 24: Ambassador of the Federal Republic of Germany to Nepal, Roland Schaefer has expressed the commitment of the... Read More...