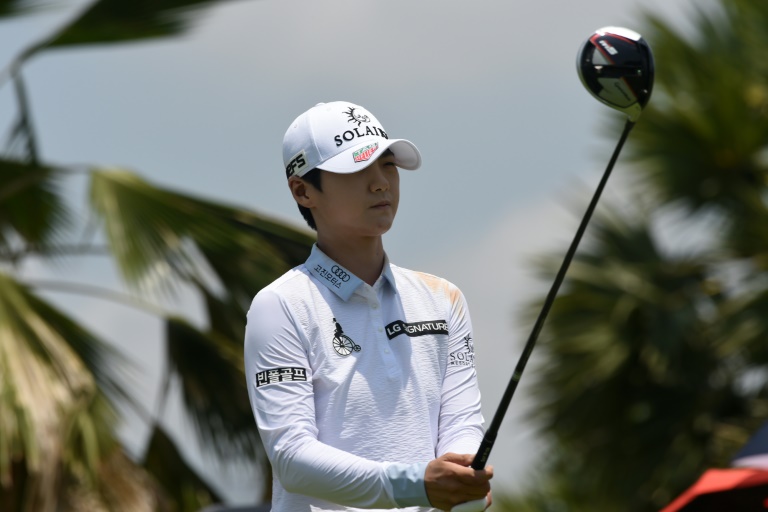 The 25-year-old South Korean reeled in early leader Australian Minjee Lee by the turn and four birdies on a flawless back nine saw her finish the $1.5 million tournament at 15 under-par with Lee back on 13-under after a three-under 69.

"I'm really, really delighted and happy with my play today, and I think today is one of the best days that I am playing so far on the LP GA Tour," said Park.

"I didn't think I would win this fast and I'm really happy. I used to have a tough beginning (of the season) in the last years, and this first win is so fast I think I will play really comfortable the rest of my season."

World number three Lee's challenged faltered after a bogey five on the 14th which handed Park a one-stroke lead which she extended with a further birdie on the 16th.

Tied for third on 11-under were South Korea's Ko Jin-young and Spain's Zahara Munoz, who both had final rounds of 69.

Park is wildly popular among fans in her homeland who follow the her around the world in packs, with many this week sporting the message "Shut up and attack" on their shirts.

Not that Park needed any advice as she stayed eerily calm and demonstrated a steely nerve when the pressure was on.

"She's the kind of player who comes around once in a lifetime," said Park's Irish caddie of almost three years David Jones of the double major winner and former world number one.

The 22-year-old Lee had started the day a shot behind overnight leader Ariya Jutanugarn, the world number one, but a birdie on the first gave her a share of the lead.

When Ariya found the water for a double bogey on the fourth, the Australian was out in front on her own -- until Park started her charge.

A double bogey seven on the 13th ended world number one Ariya's challenge as the tournament settled into a shootout between Park and Lee.

Park had edged in front and a sealed the victory in style with a nerveless 25-foot putt on the 16th for a birdie four.

DOHA, Nov 28: Brazil must do without injured star forward Neymar against Switzerland at the World Cup on Monday as... Read More...

Cameroon rally for 3-3 draw with Serbia at World Cup

DOHA, Nov 28: Cameroon fought back from two goals down to earn a 3-3 draw against Serbia at the World... Read More...