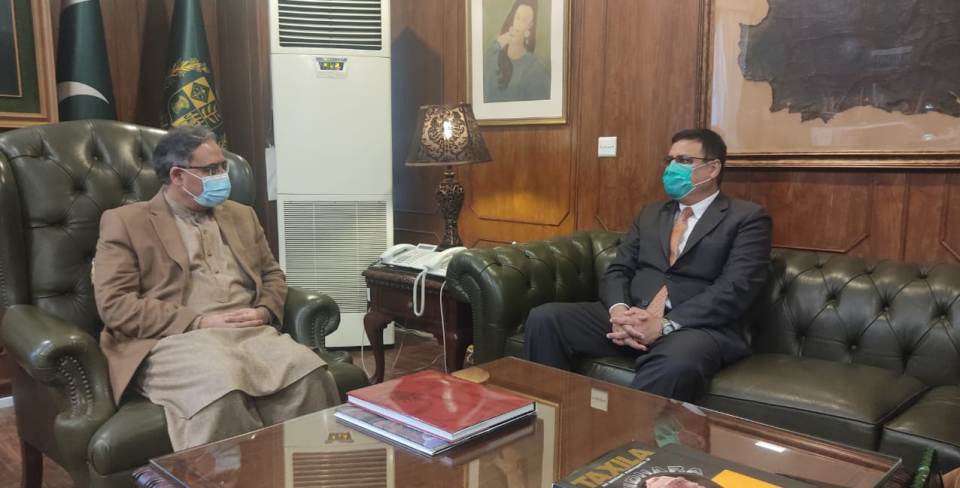 KATHMANDU, Dec 10: Pakistan has said that it appreciates Nepal's constructive role in taking the South Asian Association for Regional Cooperation (SAARC) process forward as the present chair of the eight-member regional organization.

Foreign secretary of Pakistan, Sohail Mahmood made the remarks during his meeting with Nepal’s ambassador-designate Tapas Adhikari in Islamabad on Wednesday.

The top Pakistani diplomat's statement comes at a time when the SAARC process has been stalled primarily due to rivalry between India and Pakistan on issues of cross-border terrorism.

Nepal is the present chair of SAARC. On a rotation basis, Nepal needs to hand over the chair to Pakistan and the country will host the SAARC summit if there is consensus among SAARC nations.

SAARC summits have not been held since 2016 after India, one of the key actors in the SAARC, distanced itself from the organization, accusing Pakistan of harboring cross-border terrorism. While, Pakistan has been consistently denying the accusations and blaming India for holding the SAARC process hostage.

As the current chair of the SAARC, Nepal has been consistently asking India, Pakistan and other member states to revitalize the SAARC process on several occasions. However, the SAARC process has remained stalled as India has been taking a much harder approach toward it.

During the meeting, the Pakistani foreign secretary underscored the importance that his country attaches to its cordial and multifaceted ties with Nepal.

The top Pakistani diplomat also reiterated the two countries' resolve to upgrade their relationship, the Ministry of Foreign Affairs of Pakistan tweeted.

During the meeting, Adhikari said that he will work toward further strengthening the bilateral ties between the two countries.

Adhikari, a career diplomat of Nepal, was recently appointed as the ambassador to Pakistan and he has been holding meetings with the Pakistani authorities after he reached Islamabad to take up his diplomatic assignment a couple of weeks ago.