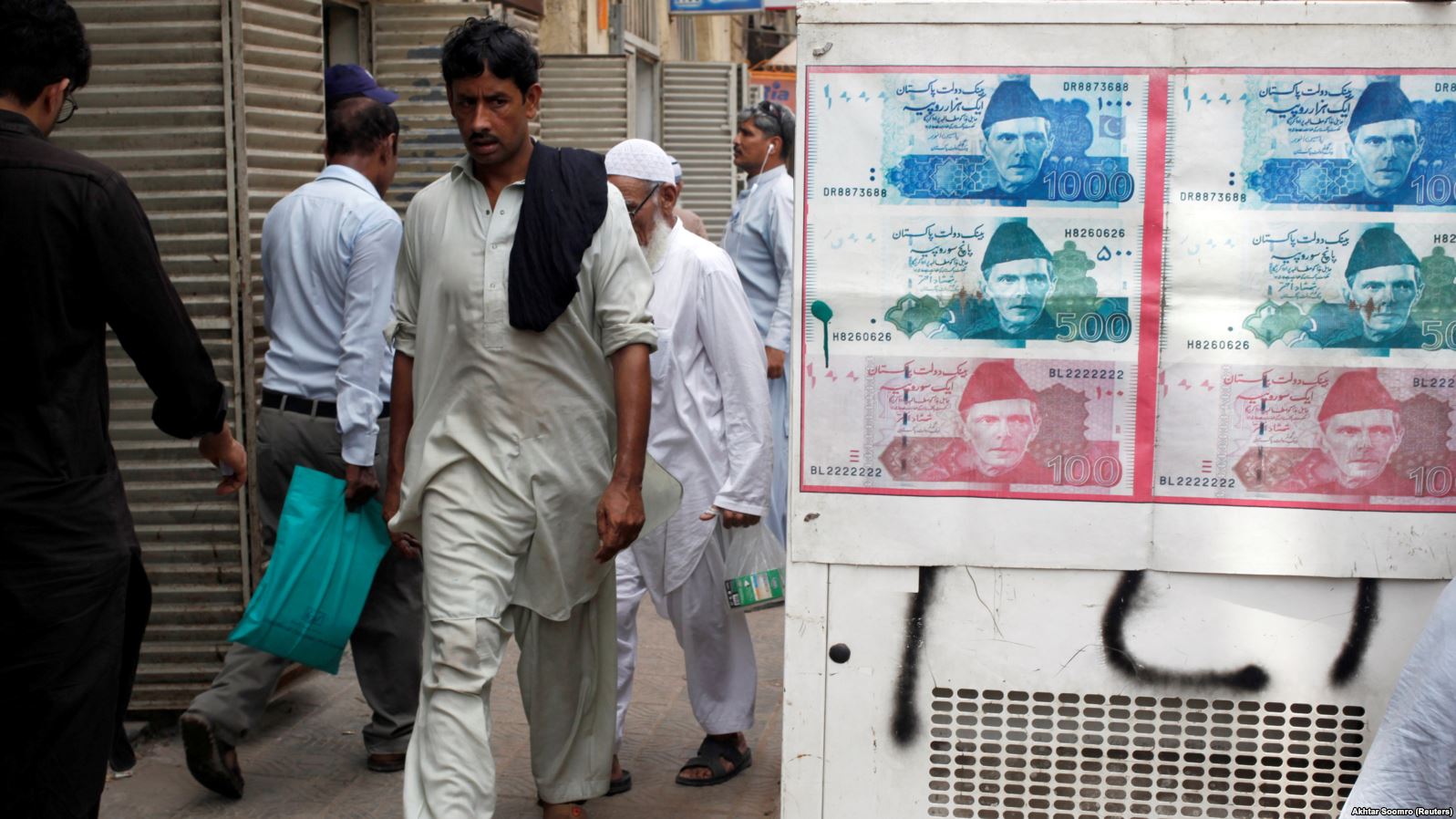 PAKISTAN, Oct 10: Pakistan's currency plunged by nearly 7 percent after the government said it would seek emergency bailout loans from the International Monetary Fund.

The Pakistani rupee briefly weakened to 138 to the dollar on October 9 before settling at 133.6. The rupee was trading at 124.3 at close of business on October 8, before the announcement was made.

A Pakistani delegation will meet with IMF officials in Indonesia later this week.

Pakistan is also seeking fresh loans from China, which has already heavily invested in joint transport and energy sectors in Pakistan.

Pakistan's central bank issued a statement on October 9 saying the plunge in the rupee is due in part to rising oil prices, which have hiked the cost of imported oil and thus are putting pressure on Pakistan's large trade deficit.

The State Bank of Pakistan said it believes "this adjustment in the exchange rate, along with lagged impact of recent hikes in [interest rates] and other policy measures to contain imports will correct the imbalances in the external account."

The central bank said it is closely monitoring the situation and "stands ready to intervene in case of any unwarranted volatility in the foreign exchange market."

Currency dealers fear that the recent sharp increase in the dollar will fuel panic among investors, leading to a dollar buying frenzy.

Some traders are speculating that the jump in the dollar's value could be the result of a deliberate rupee devaluation by the central bank aimed at securing a bailout package from the IMF.

The fund last week recommended that the government devalue the rupee by at least 15 per cent to curb imports and tame the trade deficit.

3,284 foreigners arrested in five years for committing various crimes in Nepal
18 hours ago

Price of cooking oil increases
21 hours ago
Current govt is an alliance of greedy sinners: Rayamajhi
19 hours ago