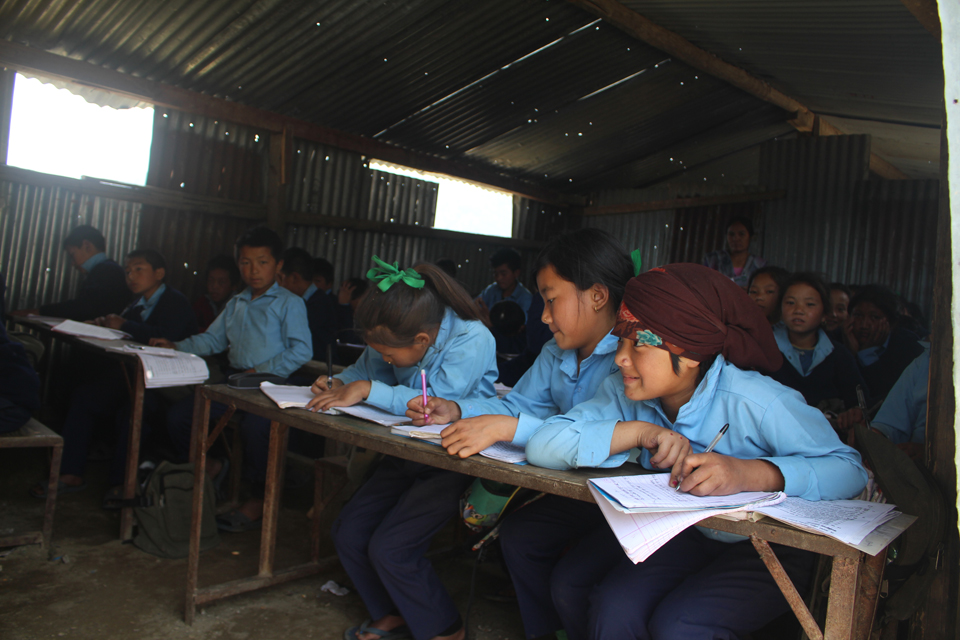 Kathmandu, March 12: Four thousand one hundred and ninety school structures out of the total schools that were damaged by the Gorkha Earthquake of April, 2015 have been rebuilt so far.

Of the schools reconstructed, 3368 were rebuilt through the school management committees (SMCs), 64 through the contractors 758 through the non-governmental organizations.

Speaking in a discussion programme organized by NRAPIU (Education) and the Education Journalists' Group (EJG) in Dhulikhel, he said the reconstruction of 41 schools has been completed so far, adding that 113 schools are in the process of rebuilding. The goal was to reconstruct 154 schools in Kavre, Sindhupalchok, Dolakha, Ramechhap, Sindhuli, Okhaldhunga, Kathmandu and Bhaktapur at an investment of Rs 9.6 billion through the Asian Development Bank (ADB), USAID and Government of Nepal support.

It is said 66 per cent of the reconstruction of all schools selected for rebuilding has been completed in Dolakha, Ramechhap, Gorkha, Dhading, Lalitpur, Nuwakot, Rasuwa and Makwanpur districts with the support of the Government of Japanand the Government of Nepal (12 per cent).  RSS

KATHMANDU, March 28: Contractors have completed only 12 percent of the reconstruction work assigned to them at schools affected by... Read More...